How enzymes respond to rising temperatures

Enzymes play a critical role in speeding up reactions. Without them, life as we know it wouldn’t exist.

Biology professor Vic Arcus, at the University of Waikato, is intrigued by enzymes, how they work and how they have evolved.

He is also hunting for better enzymes to use commercially, and thinks that enzymes may hold the key to understanding how plants and ecosystems will react to global warming. 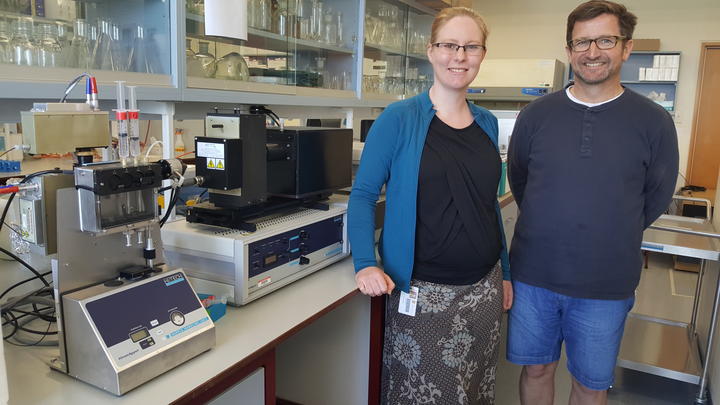 Erica Prentice and Vic Arcus in the lab, standing next to the machine they use to test enzyme reactions at different temperatures. Photo: RNZ / Alison Ballance

Many chemical reactions which are critical for life occur very slowly.

Vic says maltose, a kind of sugar, is very stable.

“If we put maltose in water without an enzyme it will sit there happily for 11 million years,” says Vic.

To cope with this, cells make enzymes to speed reactions up.

Enzymes are large protein molecules, and Vic’s favourite enzyme is one he and his team often work with in the lab - maltase

Cells use maltase to break maltose down into its two glucose molecules.

Vic says that if you add maltase to the water it will turn the maltose to glucose within a few minutes.

“The enzyme speeds up the [breakdown of maltose to glucose] by 100 million times.” 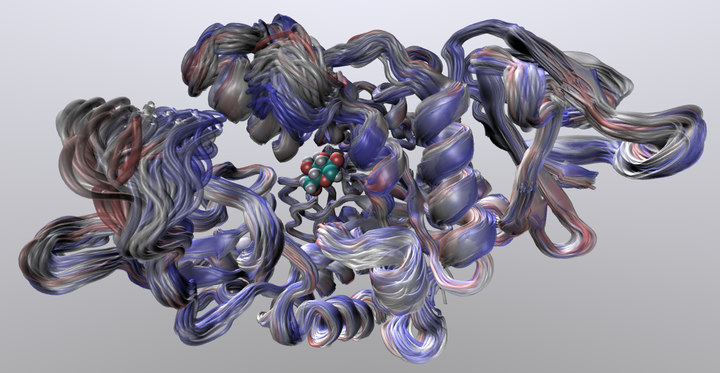 Vic is interested in the question of exactly how an enzyme speeds a reaction up so much. He says it is a lively and controversial area of research.

He says there are several schools of thought. ‘Preorganisation’ holds that the enzyme preorganises some of the chemical groups to make the reaction go faster.

Another group of researchers think that large size and flexibility, or dynamics, of the enzyme are what makes the reaction go faster.

Vic says that his research treads a middle line between the two camps, applying a theory called statistical thermodynamics to a biological system. 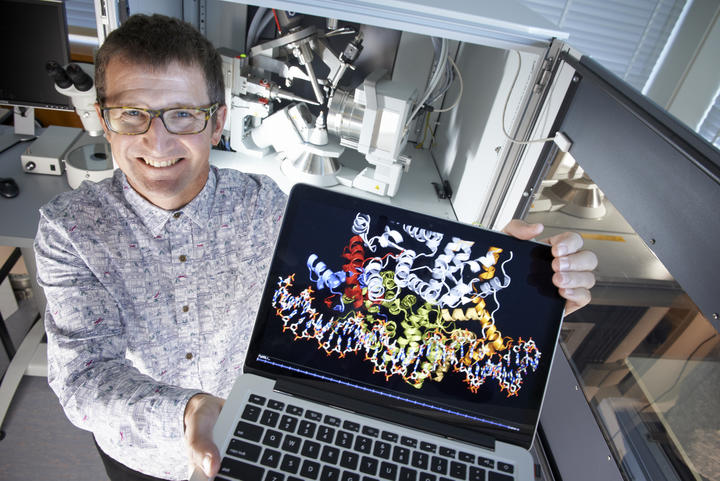 To test the theory, Vic says he is constantly coming up with hypotheses that PhD student Erica Prentice tests in the lab.

Erica can very precisely measure the rate at which maltase splits maltose at different temperatures and under varying conditions.

Vic says that the way enzymes respond to temperature is more complicated than you’d expect.

Chemical reactions speed up exponentially in warmer temperatures – the warmer it is, the faster the reaction.

But reactions that involve an enzyme speed up for a while as temperature increases and then slow down.

Maltase, or MalL, speeds up until temperatures reach the mid 40°s and then starts slowing down.

“The response to temperature is quite complicated, and we think we can explain this,” says Vic. He believes it is to do with the way enzymes absorb some of the energy being produced in the reaction.

From enzymes to ecosystems

As well as experimenting in the lab, Vic and colleagues are also considering the implications of a warming climate and its potential effect on enzymes in the real world.

He says wider biological systems react in the same way to rising temperatures as enzymes – they go faster for a while as temperatures rise but reach a point where they slow down.

One area that Vic and Erica are working in is photosynthesis, which relies on enzymes. They are particularly interested in the balance between the way plants use carbon dioxide in photosynthesis and produce it during respiration.

Respiration increases as it gets warmer, and more carbon dioxide is produced. Photosynthesis, on the other hand, slows down as temperatures get too high.

Vic and Erica say there are significant implications in how this will affect carbon dioxide levels globally.

This research is supported by a James Cook Fellowship from the Royal Society Te Apārangi, and is carried out with a number of collaborators including soil scientist Louis Schipper, from Waikato University, and Adrian Mulholland from the University of Bristol, who works in the field of molecular dynamics.

Vic Arcus has  been interviewed on Our Changing World previously about how microbes survive change, and the reconstruction of a billion-year-old enzyme.