Seventy years ago, takahē – thought to have been extinct for more than half a century -  were rediscovered in a hidden valley in Fiordland.

The discovery was a world-wide sensation.

The Department of Conservation celebrated the 70th anniversary by inviting the descendants of the original discoverers to release a pair of takahē into the Murchison Mountains. 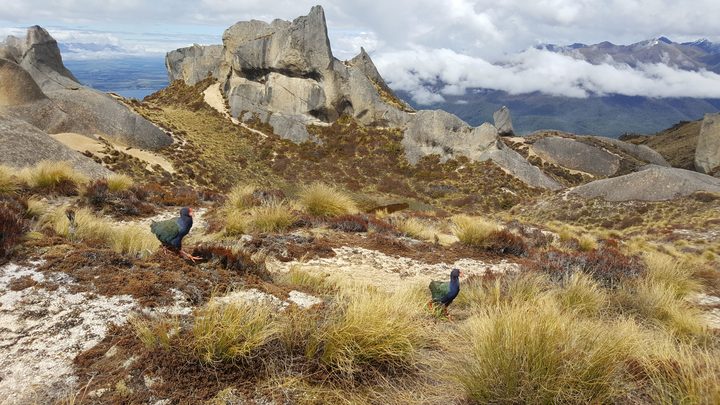 Dore and Tauhou, a pair of young takahe, explore their new home after being released on Tors Ridge in Fiordland's Murchison Mountains. Photo: RNZ / Alison Ballance 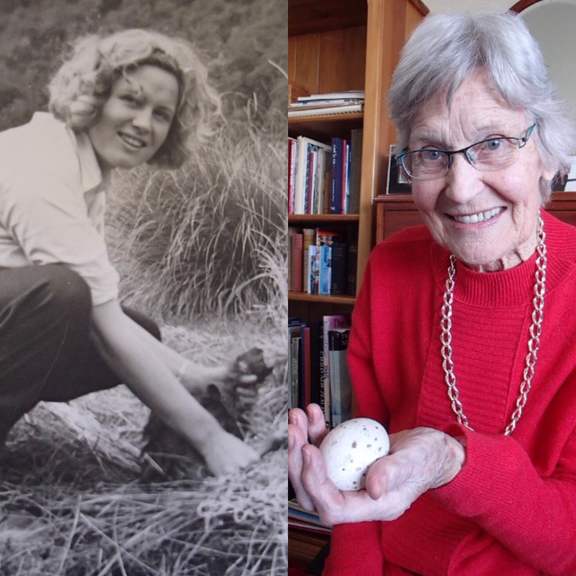 So rare that between 1849 and 1898 just four Notornis, as they were commonly called back then, were seen.

Over the next half century there were no sightings at all.

Most people thought Notornis was extinct – but Invercargill doctor Geoffrey Orbell wasn’t so sure. He was a keen tramper and hunter and had an inkling that there might be some birds surviving somewhere in Fiordland.

On 20 November 1948, Dr Orbell headed into a hidden valley in Fiordland’s Murchison Mountains. With him was a trio of young adventurers: Joan Telfer, her husband-to-be Rex Watson, and Neil McCrostie.

They were armed with a net to catch the giant flightless birds, and cameras to record the momentous occasion.

Dr Orbell’s daughter Lynley, who says she was 8 or 9 years old at the time, recalls the team returning to Te Anau in her father’s small boat, and excitedly driving around in victorious circles near the lake shore.

The news of the discovery travelled quickly around the world. Telegrams flooded in from news organisations around the world, and the team were much in demand for interviews. 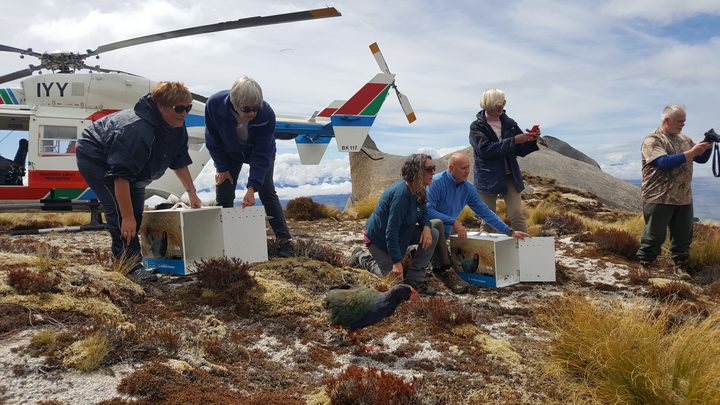 A pair of young takahe are released in Fiordland by descendants of the party that rediscovered takahe in 1948. Photo: RNZ / Alison Ballance

Celebrating 70 years since the rediscovery

Joan Watson, the last surviving member of that original team, died recently. But her children, along with other descendants, were invited to celebrate the 70th anniversary of the rediscovery with Department of Conservation staff.

The day began at the Burwood Bush takahē centre. It culminated with the release of two young takahē – Dore and Tauhou - into the Murchison Mountains and making a flying visit into Takahē Valley, the site of the rediscovery.

Twenty- five pairs of birds are housed in large predator-free outdoor pens full of their favourite food – tussock. They are pretty much left to their own devices to breed and hopefully produce lots of new takahē.

Burwood Bush was set up in the mid 1980s. At the time there was only a small – and steadily declining - population of wild takahē. They were found only in Fiordland’s Murchison Mountains – and there was just a hundred or so birds, down from an estimated population of 200-400 when Doc Orbell and the team rediscovered them. 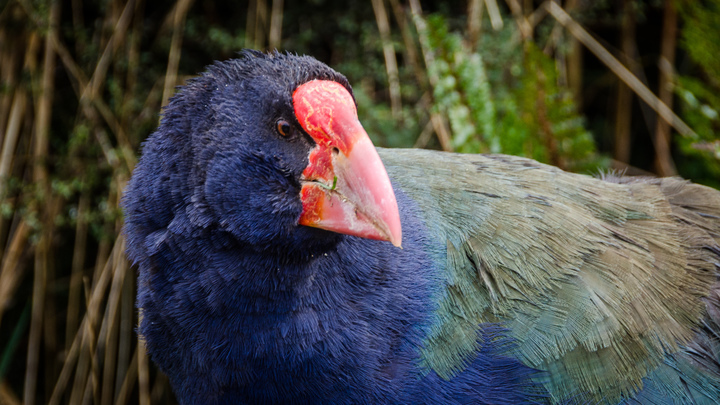 For about 25 years Burwood Bush was home to an intensive captive rearing effort to raise chicks from surplus eggs collected in the wild in Fiordland. They could do this because takahē lay two eggs but almost only ever raise one chick.

The chicks were reared using puppets to ensure they didn’t imprint on people. Over the following 25 years, more than 300 takahē were released. They either went to safe new island homes around the country, or back into Fiordland to boost the wild population. 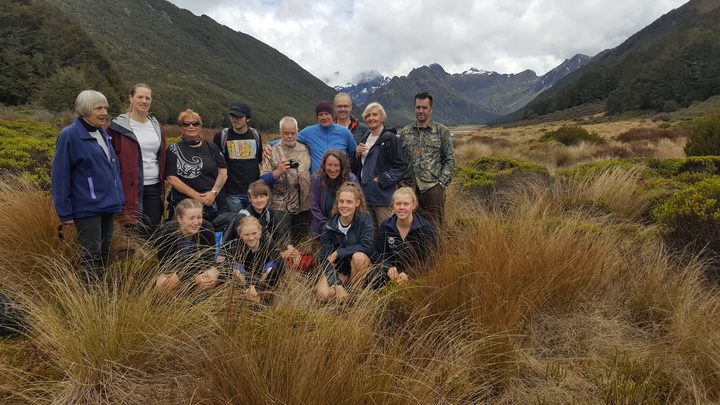 Families of the late Geoffrey Orbell, Joan and Rex Watson, and Neil McCrostie, gathered in Takahe Valley where takahe were rediscovered in 1948. Photo: RNZ / Alison Ballance

It turned out there was a problem. The hand-reared birds successfully adapted to life in the wild and survived well, but they weren’t nearly as good as wild birds at being parents and raising chicks.

Once DOC realised this, the puppet rearing was stopped and the takahē farm idea successfully kicked off.

The Burwood Bush ‘farm’ now produces about 25 birds a year, which are used to bolster the wild population in Fiordland’s Murchison Mountains as well as various island sanctuaries.

Earlier this year, 30 birds were released at Gouland Downs, on the Heaphy Track in Kahurangi National Park, to found a new wild mainland population. A further 10 birds will be released this summer. 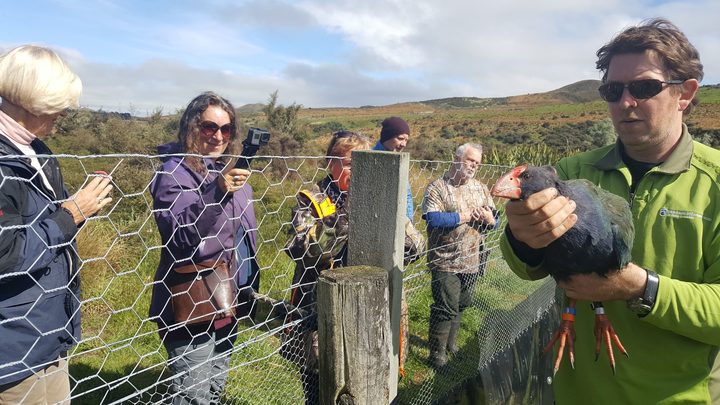 He says that in mid-November the first takahē nest was found at Gouland Downs.

Due to a slight lack of males in the founding population, this nest is the result of a trio of birds: two females and one male.

When it was found, the nest contained three eggs which had just been laid so it was too early to tell if the eggs were fertile. Glen says a takahē ranger will visit the nest again soon, when they are expecting to find four eggs (each takahē lays two eggs) and they will be able to check the fertility of the clutch.