As beehive numbers continue to skyrocket off the back of the mānuka honey boom, scientists, iwi  and industry groups are coming together to study the honey-producing potential of New Zealand’s native vegetation.

Together, they are building something called a Honey Landscape Map. The map will be a real time model of the nectar and pollen being produced in native forests and scrubland all over New Zealand. 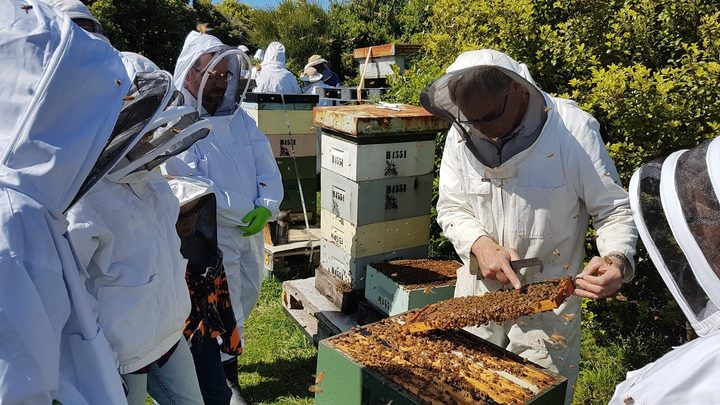 Members of the Wellington Beekeepers Association inspect one of the 800,000 hives registered in New Zealand. Photo: RNZ / William Ray

“There are a lot of things which affect nectar flow and nectar chemistry,” he says, gesturing at a flowering mānuka shrub on the table in front of him. “There’s genetics, soil fertility, temperature, sunlight, time of the day, where the plant is through its flowering season.”

It is an enormous amount of work to measure all these factors for a single plant, but the final model for the Honey Landscape Map needs data on every major flowering plant in native bush. Plus, it needs to account for introduced plants in that bush, not just natives. 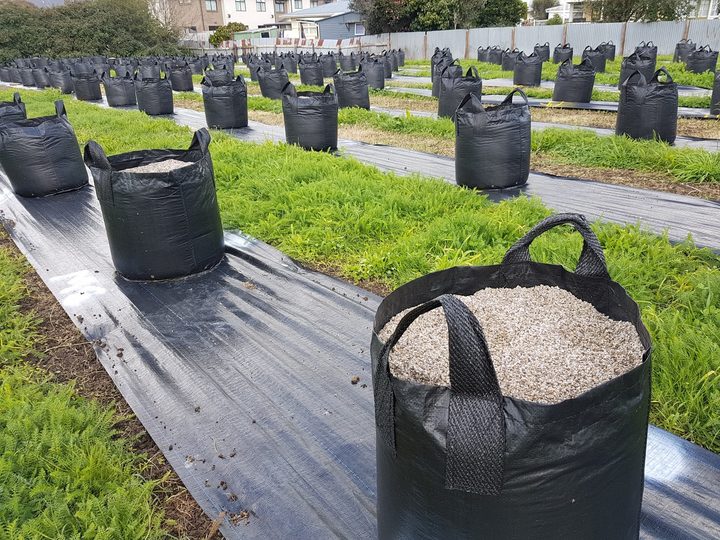 The head of the mapping project is Gary Houliston, from Manaaki Whenua Landcare Research. He says the model has to deal with many variables.

“It varies in several different dimensions,” he explains. “Some of it is climatically driven, so even if you’ve got similar species in different parts of the country you will get different [honey] production from those areas.”

Additionally, Gary Houliston says they want the model to react in real time to things like changing weather and climate conditions.

“Particularly as we get more challenges with climate change … the [honey] industry has seen of late there’s no such thing as a ‘typical’ year anymore.” 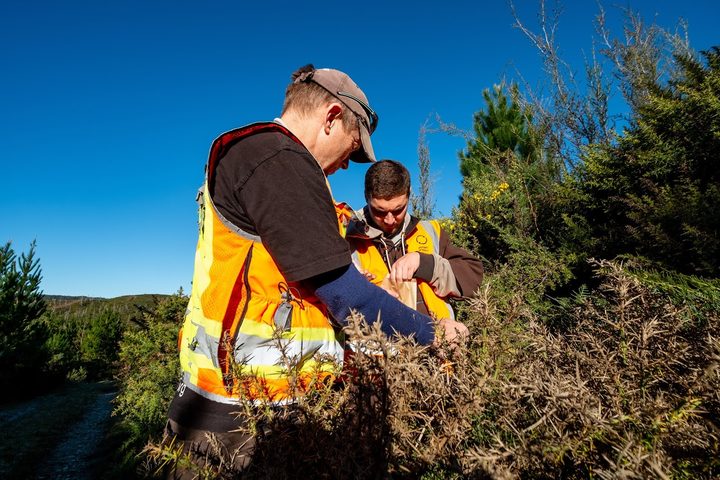 If they can pull it off, the map could have huge upsides, particularly for Māori landowners, like Victor Goldsmith. Victor is with Ngati Porou Miere Limited Partnership, which has partnered with Manaaki Whenua on the project.

Thanks to Te Tiriti o Waitangi settlements, large amounts of land has been returned to Māori ownership. Much of it has reverted to mānuka scrub because it has been difficult to get finance to develop that land for farming.

But thanks to the boom in mānuka honey, Victor and his iwi have new options to turn a profit of their land.

“We’ve got gold on our hills,” he says. “Hence the reason why we’re involved in the Honey Landscape Map.”

Victor Goldsmith is hoping the map will help him better understand the value of the mānuka on his land and how best to harness it.

But it’s not all business. Victor says he’s getting his family involved in the scientific side of the project.

“My daughter was the first one,” he says proudly. “It’s a good little summer job to go around the country and gather mānuka leaf samples, tagging the tree and GPS and all that kind of stuff … I’ve had my stepson involved and my niece involved.” 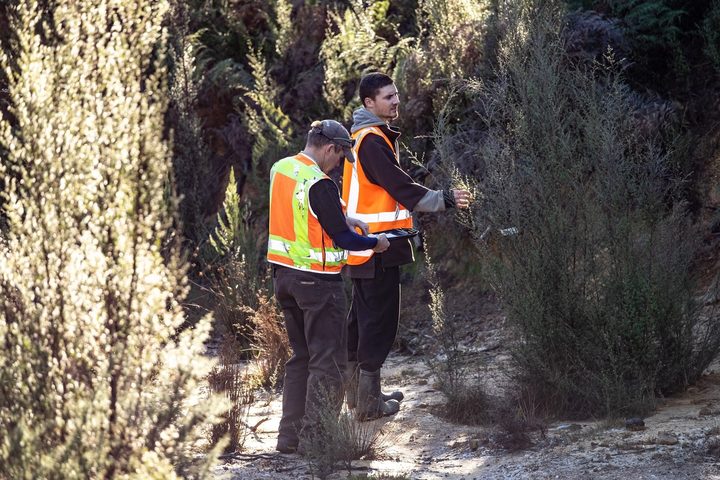 Gary Housliston says the plan is to have the Honey Landscape Map completed in the next five years.

“We’re hoping to have a preliminary iteration of the model within the next 12 months to test with some of the stakeholders. We’ll be looking to further refine it before the end of the project.”

And with more than 100,000 new beehives registered in 2017 alone, the industry demand for better data on honey is unlikely to ebb anytime soon.

Listen to the full Our Changing World Podcast to hear how some are hoping the Honey Landscape Map could address issues around overstocking and boundary riding of beehives.