Nearly 400 people descended on Wellington’s much-loved south coast at the weekend to pick up rubbish.

Old and young, they wandered the sandy beaches, clambered around the rocks and fossicked under roadside bushes in a massive spring clean.

Over a dozen community groups turned out in force for the 9th Wellington South Coast Clean-Up on Saturday, timed to coincide with Conservation Week.

Organiser Helen Kettles says that every year more people turn up to help.

She says that everyone was pleased that the volume of rubbish collected was down on previous years, despite the larger turn out. 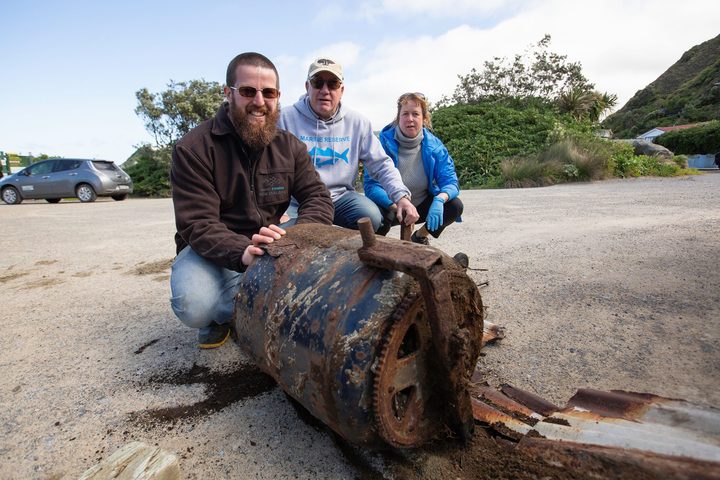 Eddie, from Ghost Fishing NZ, pulled out a concrete mixer discarded under a bush at the edge of the snorkel trail in Wellington's Taputeranga Marine Reserve. Photo: Rob Wilson / Ghost Fishing NZ

A discarded concrete mixer, hundreds of cigarette butts and thousands of pieces of plastic were among the rubbish collected.

While some items, such as the concrete mixer, were deliberately dumped, much of it was litter from elsewhere in the city. Some was blown in Wellington’s famous winds, while other rubbish – cigarette butts, for example - washed down storm water drains during rain storms. 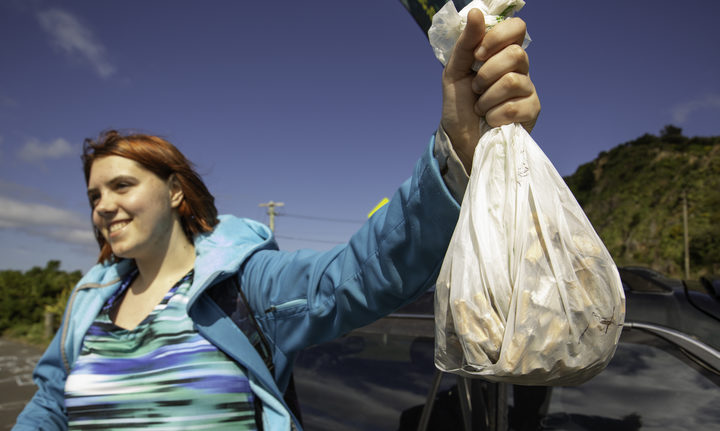 Cigarette butts dropped onto footpaths and into gutters get washed down stormwater drains to the sea. Photo: Rob Wilson / Ghost Fishing NZ

The Ocean Conservancy reports that in 2017 the top ten items collected in coastal clean-ups around the globe were plastic. Cigarette butts were the most common item collected.

A 2009 paper published in the International Journal of Environmental Research and Public Health, Cigarettes Butts and the Case for an Environmental Policy on Hazardous Cigarette Waste, reported that an estimated “1.69 billion pounds (845,000 tons) of butts wind up as litter worldwide per year.”

Cigarette filters are made from cellulose acetate, a type of plastic, which is photodegradable but not bio-degradable, meaning the butts break down into smaller and smaller pieces, but don’t disappear completely.

There are growing international concerns about the impact of plastic pollution on marine wildlife, including seabirds. A recent study suggested that the highest risk to seabirds from plastic was in the Tasman Sea.

The New Zealand government recently said it would introduce a ban on single use plastic bags by the middle of 2019, in an effort to reduce plastic waste. 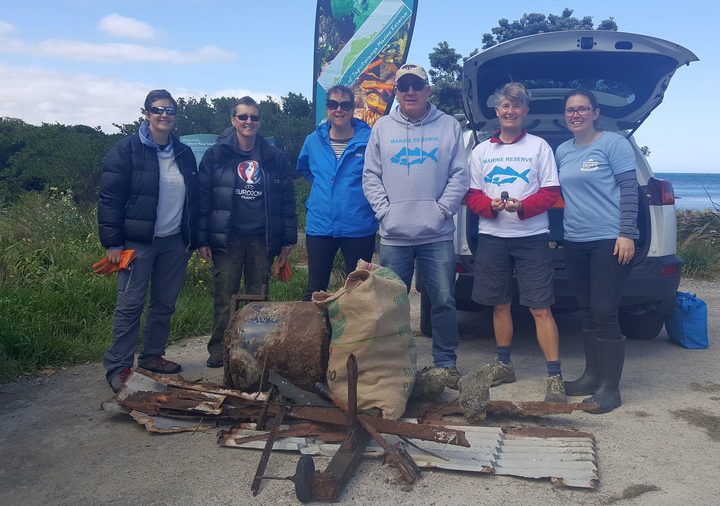 The Friends of Taputeranga Marine Reserve marked the tenth anniversary of the marine reserve by collecting rubbish around a popular snorkel trail. Photo: RNZ / Alison Ballance