History vs science vs religion

William Ray investigates a recent scientific paper on the history of Christianity and sparks a battle of the ages between historians and scientists.

OK, that’s a ludicrous exaggeration, but this paper does prompt an interesting debate about the role of scientific methods in studying history. 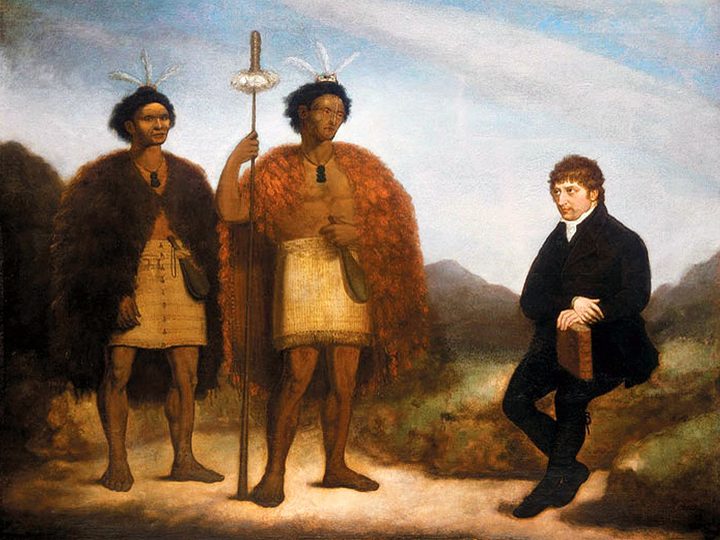 Top Down or Bottom Up? 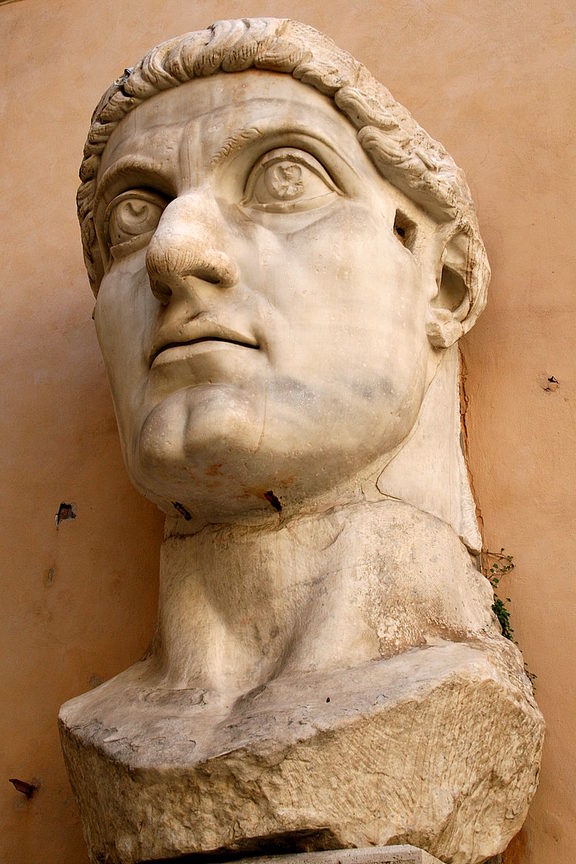 Professor Quentin Atkinson, from the University of Auckland’s School of Psychology, is trying to answer a long-running historical argument about the spread of Christianity: was it top down or bottom up? Powerful people or people power?

“One theory for how and why Christianity spread so quickly across Europe is that [Roman Emperor] Constantine was converted, and then he put the resources of the Roman Empire behind spreading Christianity and it then spread very quickly,” Professor Atkinson explains.

This is the ‘top down’ theory. The ‘bottom up’ theory is that Christianity’s egalitarian message was very appealing to the lower classes of society and that rulers (like Constantine) were only legitimising an existing social movement.

"Constantine might have just seen the writing on the wall and decided to convert when it was opportune,” Professor Atkinson says.

Unfortunately, there isn’t a lot of data on conversion rates in 4th century Europe, so instead Professor Atkinson and a team of social scientists in Australia and Germany looked at another example of Christianity spreading: the Pacific Islands.

“The Pacific is made up of all these different cultures, different ecologies, different social systems - and also the spread of Christianity is pretty well documented across the Pacific,” Professor Atkinson explains. He says this makes the region an ideal place to study which factors seem to influence the speed of conversion to a religion.

The researchers chose 70 communities in Austronesia, went digging through the historical archives and found there was a lot of variation in how quickly the people of different islands converted.

The next step was to find which factors predicted a faster conversion rate. The researchers picked three main variables: political complexity, social inequality and population size.

Professor Atkinson and his team ranked each society’s political complexity by seeing how many tiers of leadership it had. Was there just one person in charge of a village or several? Did they report to someone who was a rung above them on the political ladder? Or were they sole charge?

The researchers also used a tiered system to rank how socially stratified the communities were and how much social mobility people had. They then ran these figures through a complex set of mathematical equations and came to the following conclusion, published in Nature Human Behaviour:

“...societies with political leadership and smaller populations were fastest to convert. In contrast, social inequality did not reliably affect conversion times, indicating that Christianity’s success in the Pacific is not due to its egalitarian doctrine empowering social underclasses.”

So there we have it, ‘Top Down’ beats ‘Bottom Up’. Finally, an answer to a hard fought debate on a tricky historical question - all thanks to the power of big data and the scientific method!

But now comes the controversy... Not all historians are happy with this scientific, data-driven approach to history. 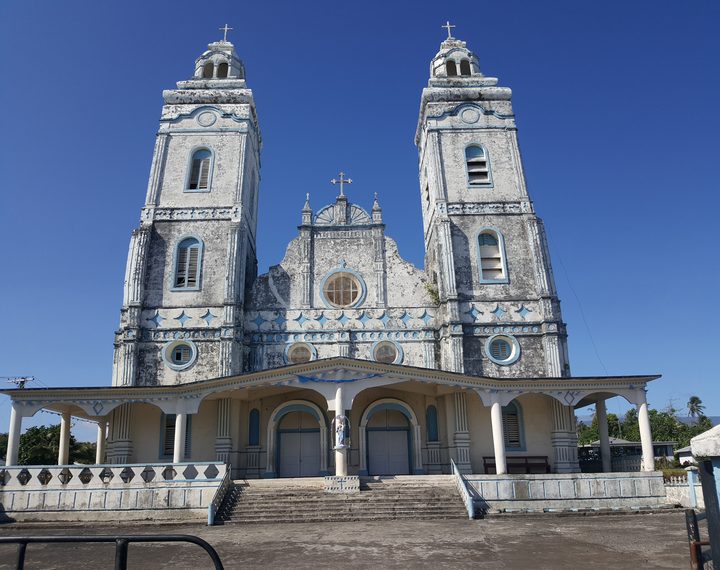 Massey University religious history professor Peter Lineham read the paper and sent it to several colleagues to get their reaction. “Some of them were very much more critical than I am,” he says.

Professor Lineham has a long list of critiques. First, he says the data the study is based on is inherently unreliable. He says missionary accounts are often inaccurate, even for seemingly straightforward things like population numbers.

“This is very contested material,” Professor Lineham says. “How many people were in New Zealand in the 1800s? You’ll read a wide variety of figures.”

Second, Peter Lineham says the paper excludes many factors which complicate the picture. For example, he says the paper doesn’t account for the effect of contact with Europeans other than missionaries - people like whalers, traders and early colonists.

Professor Lineham argues these small, local factors are the key to a full understanding of history and he gets frustrated with attempts to ignore these complexities in favour of generalised historical ‘rules’ or ‘formula’.

Professor Lineham says the ‘scientific’ approach to history has been tried, before but it has fallen out of favour with historians in recent decades.

“Back around [the year] 1900 there was an increasing pressure for history to portray itself as a social science, always seeking for these big, broad generalisations about the nature of capitalism or the nature of modernisation,” Professor Lineham explains.

“They took social science concepts and hoped that history would provide them with broad generalisations of how social change happened. Often there was an intention of finding some guidance for contemporary society of how best to shape the society.”

Professor Lineham says those efforts at scientific history in the early 1900s failed because big social changes rest on such a complex web of interactions and variables that it is impossible to narrow it down to one or two key factors. 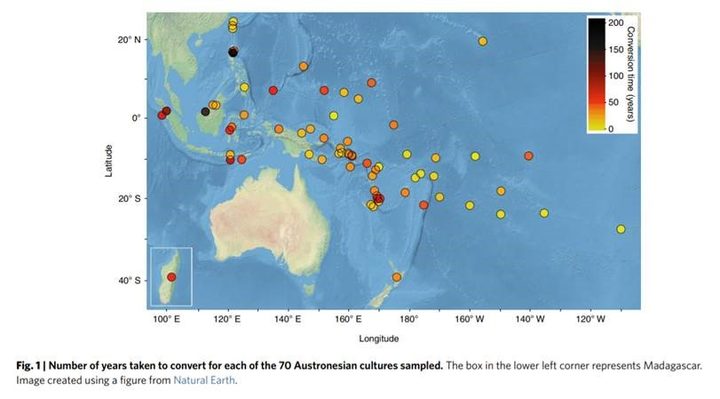 "I certainly agree that history is complex and contingent, and there is a lot of value in studying the detailed cases on their own merits,” he says.

“But I think it’s wrong to say that you can’t look across many events happening across the globe … and identify certain laws and patterns that shape the course of history.”

Professor Atkinson thinks the problems with scientific history in the early 1900s had more to do with methods than the underlying idea. He says historical scientists of that time were more concerned with proving pet theories than honestly testing them.

“If it was scientific, it was bad science. It was not rigorously testing things,” Professor Atkinson explains.

He says the work he and his colleagues have done is very different to the scientific historians a century ago.

“We’re not just coming up with a theory and cherry picking some facts to fit that theory. [We’re] going to a large dataset and trying to test it.”

Professor Atkinson accepts there are valid concerns about the reliability of historical data but argues this can be dealt with through further study and refinement.

What’s more, Professor Atkinson says that unlike the scientific historians of the 1900s he and his colleagues aren’t looking to replace other methods of historical inquiry.

“I’d like to think these kind of systematic comparative studies and scientific approaches to history are just a complementary set of tools for historians,” he says.

On that point he and Professor Lineham can find some common ground.

“I think there is some value in this contribution,” Professor Lineham says of the study. “It’s offering quite an interesting hypothesis which I am going to get my students to enjoy taking pot shots at!”