Biofuels made from sawdust

Creating liquid fuels from sawdust to replace conventional petroleum products is the dream of a team of researchers at Scion. 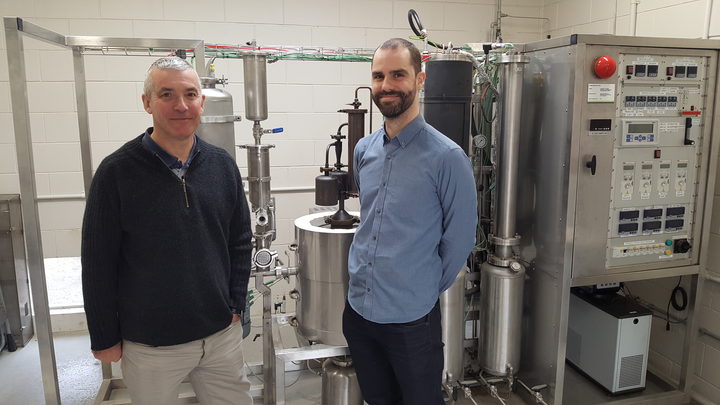 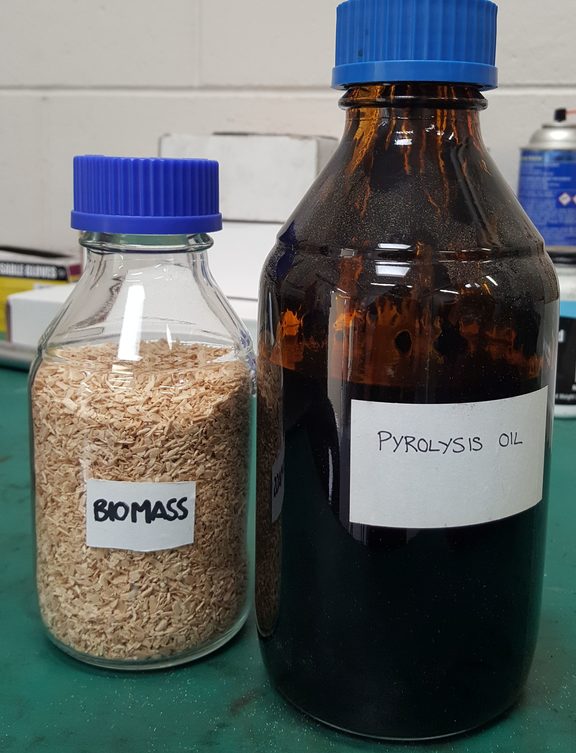 The pyrolosis lab on Scion’s Rotorua campus is where the ‘magic trick’ of converting wood biomass into biofuel happens.

The process takes place in some large stainless steel vats in the absence of oxygen, and it is simple but powerful. It starts with wood chipped into small pieces.

“We heat up wood very quickly to about 450°C,” says Paul Bennett.

“It vapourises over about a second to two seconds, and then we capture the vapours.”

These vapours are then quickly quenched, or cooled down, to room temperature, which converts the vapour to a liquid.

This thermal processing is very efficient – each kilogram of wood converts to 700 grams of oil. The other products of the process are char and gas, which can be used to provide energy to run the plant.

Ferran de Miguel says one of the appeals of “turning wood into oil” is that it makes it much easier to move around.

“If you have a big pile of sawdust sitting somewhere, you can turn it into diesel and then just move it as a liquid. .. and it’s much cheaper to transport.”

Paul says that while it would be possible to use forestry waste or slash from pine plantations, he thinks a more effective scenario would be “energy forests – dedicated forests for energy.”

Such forests could be part of the Billion Trees programme that is running from 2018-2027. 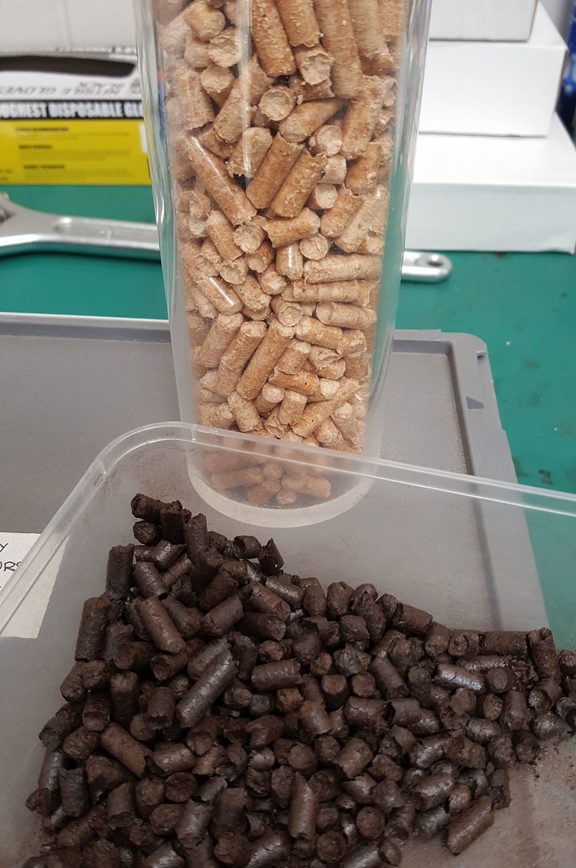 Wood pellets that have been through the torrefaction process burn more efficiently and could be used in place of coal in industrial boilers. Photo: RNZ / Alison Ballance

Pyrolosis oil has potential to be a versatile biofuel that can be used in existing equipment. In the United States, for example, it is burned in industrial boilers to produce heat.

Paul says he is more interested in converting the oil into transportation fuels such as diesel and petrol, to replace existing petroleum-based products.

He says that this will entail working with existing refineries to process the products. He envisages a scenario where pyrolosis plants are located near the forests that are their source of wood, and the resulting fuel is then shipped to the refinery for processing.

Torrefaction is a similar process that uses lower temperatures over a longer period of time to convert wood to an energy-dense fuel that can replace coal or wood pellets.

Scion has produced a New Zealand Biofuels Roadmap, which explores possible scenarios for the production and use of biofuels in New Zealand.