Hunt for kauri that are resistant to kauri dieback disease

Scientists are searching for kauri plants that are able to withstand kauri dieback disease, which is causing widespread tree deaths – and they hope to find them in a collection of thousands of small seedlings.

If they exist, these precious plants might hold the key to a healthy future for New Zealand’s beleaguered kauri forests. 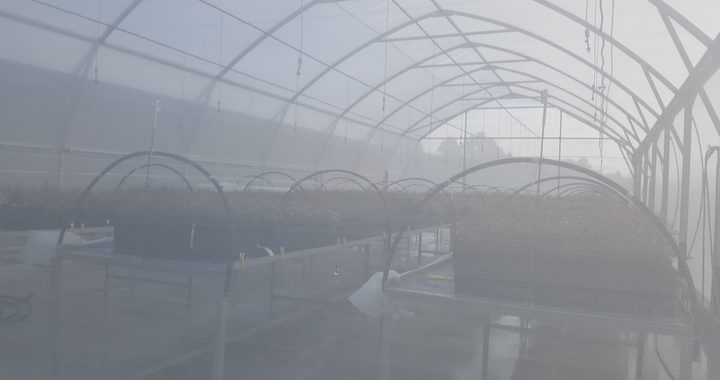 Kauri seedlings that are being tested for resistance to kauri dieback disease are raised in a sterile greenhouse. Photo: RNZ / Alison Ballance

As I peer through the semi-opaque white plastic of a greenhouse in Scion’s Rotorua nursery, I can just make out the ghostly figure of plant propagator Colin Faulds moving back and forth amongst rows of small kauri seedlings.

I ask if there is any chance that I can go inside, but forest pathologist Nari Williams laughs. “Even I’m not allowed inside the kauri house!” she says.

That is because the 10,000 kauri seedlings in there are being raised in completely sterile conditions, and Colin is the only person allowed inside.

To maintain the strict hygiene, Colin dons clean outerwear and shoes, and sprays the ‘airlock’ with insect spray before entering. The plants are grown in pots of sterile compost on raised benches above a concrete floor. When Colin leaves, the clean coveralls stay in the antechamber and he re-sprays just in case there are any insects trying to get out.

Nari says that the precautions “recognise that nurseries actually present a real risk for spreading not only kauri dieback but other Phytophthora pathogens … [that] spread in water and in soil.”

However, says Nari, the high level of quarantine means that “when we send things out we’ve got a lot of confidence that they’re actually free of disease.” 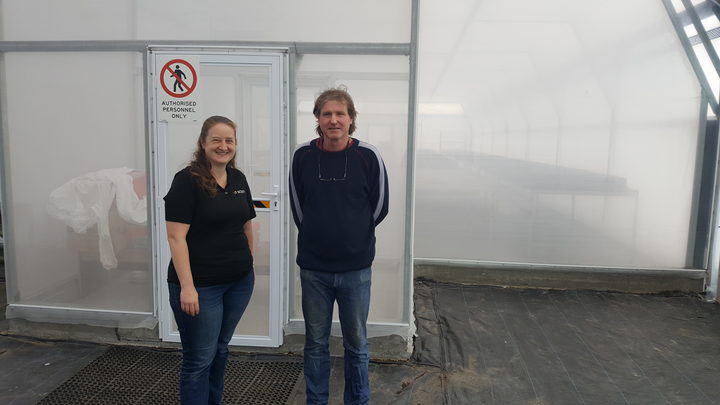 Nari Williams and Colin Faulds in front of the 'kauri house' at Scion, which houses thousands of kauri seedlings. Photo: RNZ / Alison Ballance

Colin has raised the 14-month old seedlings from seed collected in Northland, the Waitakere ranges, Hunua range and the Coromandel.

The seed comes from areas that are infected with kauri dieback disease but - importantly - are sourced only from healthy trees that have not succumbed to infection.

It is thought that these trees may have natural resistance to the disease, and if that is the case then they could be an important source of kauri trees in the future.

“We’re trying to understand if there is natural resistance to kauri dieback infection within the kauri population,” says Nari.

The Ministry for Business, Innovation and Employment (MBIE) has put $10 million into the six-year project, which looks at red needle cast (caused by Phytophthora pluvialis and affecting radiata pine) and crown rot (caused by Phytophthora cactorum and causing root damage and apple tree deaths), as well as Phytophthora agathadicida, which destroys a kauri tree’s ability to draw water and nutrients from the soil.

The search for resistance 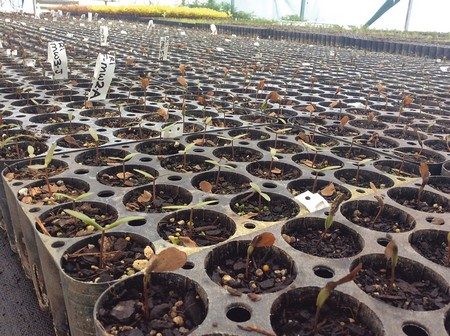 Scientists hope that some of these kauri seedlings may prove to be resistant to kauri dieback disease. Photo: Scion

The 10,000 kauri seedlings, whose ranks will soon be supplemented by thousands more seedlings, are grouped into families that share a mother but may have different fathers. The way that various offspring either succumb to infection or resist infection will help the scientists determine which parent is contributing resistance genes.

Some seedlings from each family group have been sent to Landcare Research Manaaki Whenua, where they are being exposed to the Phytophthora pathogen to see if they have any resistance to it.

Nari says that the lab is a very challenging environment. Each seedling is exposed to higher levels of pathogens than it would be in the wild, and if seedlings survive their first encounter they are exposed to more and more pathogen to really test their resistance.

“That’s the first step in screening. We find the ones that keep surviving despite the fact we try to kill them.”

“Landcare’s studies have shown that we can infect the plants really effectively within about three weeks,” says Nari. “But some of them are taking up to six months to die. And some of them are even alive after a six-month period”, which is when the trial stopped.

“That’s starting to be exciting. Early days, but at least – despite our efforts – we haven’t killed them all.”

The next step is to take another subset of healthy seedlings from Scion and plant those in infected areas in the field to see if those results match what was found in the lab.

In the meantime, the health of the original mother trees is also being monitored to ensure they remain disease free.

At the end of the trial, any remaining seedlings in the Scion greenhouse with siblings that have shown good resistance to kauri dieback will be gifted back to mana whenua for replanting in the source forests. This will only be possible because of the strict quarantine conditions that Colin maintains in Scion’s kauri house. 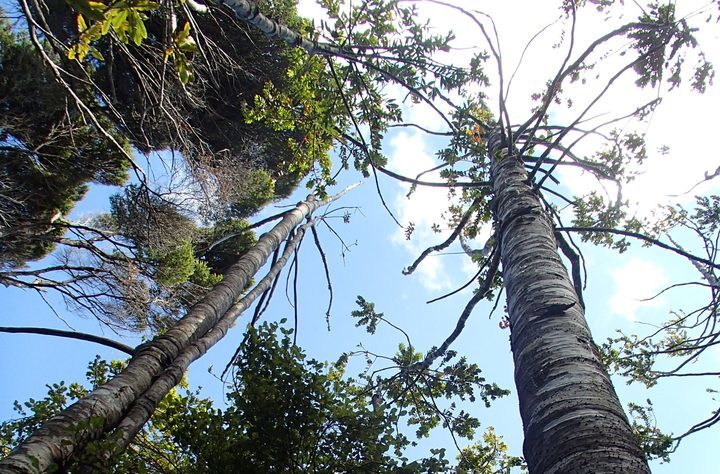 Is kauri dieback an old or a new disease?

Although some recent research suggests that Phytophthora agathadicida may have been in New Zealand for a long time, Nari says she is not convinced. “The rate at which we see this pathogen moving in kauri trees suggests that they haven’t seen it before. They haven’t built up selection for resistance and that’s one clue to suggest that it’s been introduced.”

Listen to the podcast to hear the full story of the search for kauri dieback resistance.

This 2013 Our Changing World feature on kauri dieback is a good introduction to the disease.

Cate Macinnis-Ng at the University of Auckland is investigating how giant kauri trees might respond to climate change.

Monica Gerth is trying to understand how Phytophthora sense their world chemically, as understanding this may lead to new ways of stopping the pathogen’s spread through the soil.