“We’ve mapped Mars, the moon and other planets to a higher resolution … than we have mapped our ocean beds.”

As far as New Zealand’s National Hydrographer Adam Greenland is concerned, it is about time that we had better maps for the seventy percent of planet earth that is covered in water. Which is why he is excited about the new global initiative, Seabed 2030, which aims to produce a definitive map of the entire ocean floor in just 12 years. 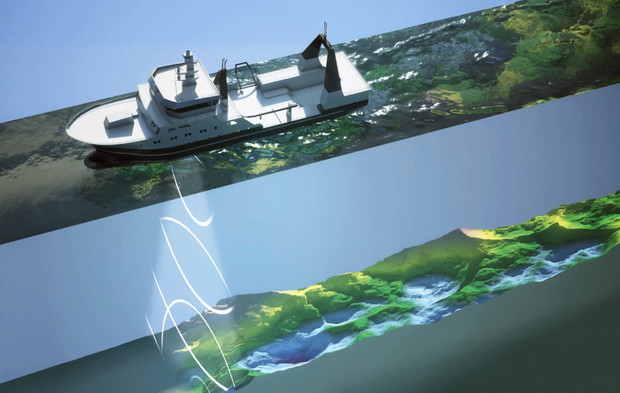 Adam Greenland leads a team of hydrographers and cartographers at the New Zealand Hydrographic Authority, which is tasked with producing bathymetric maps and nautical charts for all of New Zealand’s waters, as well as the Ross Sea sector of Antarctica and parts of the South Pacific.

Traditionally these have been paper charts, but in June this year, on World Hydrography Day, Adam announced that the Authority had reached a significant milestone.

“We now have 100 percent coverage of all New Zealand waters with electronic navigational charts, or ENCs.”

“These are used in on-board ship computer systems for their navigation,” says Adam. 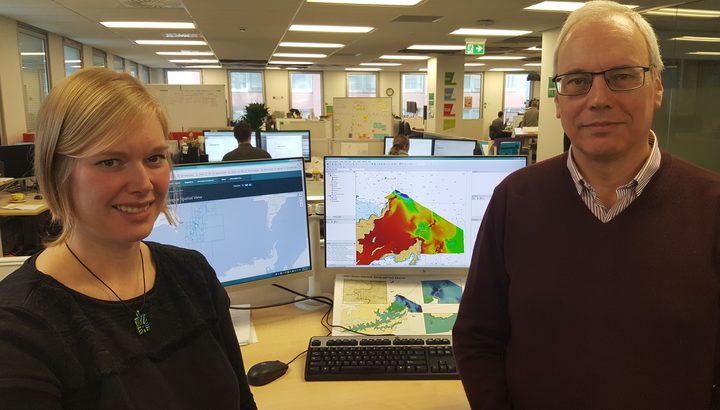 Hydrographers Annette Wilkinson and Adam Greenland. The coloured image on the computer screen is an electronic chart of the sea floor. Photo: RNZ / Alison Ballance 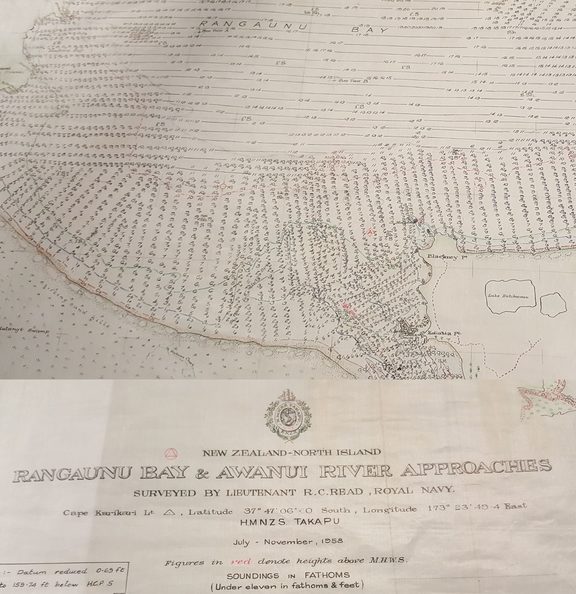 From the earliest days of navigation, sailors have discovered and recorded features that are hidden beneath the waves. The simplest way is to take a depth sounding using a lead line. This is a thin rope with a heavy weight on one end, which is lowered to the sea floor.

The term sounding is still in use today, to describe electronic echo sounding using sonar.

Captain James Cook and his crew took some of the earliest soundings in New Zealand waters, as they made charts to show safe passage in and out of harbours, and around the coast.

As recently as the 1960s, collecting soundings was a slow, manual process, and the resulting maps were carefully hand-drawn.

Adam says that as a ship sails over an area it “pings multiple times and … paints the seabed with acoustic energy.” The length of time it takes for these pings to bounce back to the boat is an indication of water depth, and also provides information about what the sea floor is made from. This is then mapped electronically. 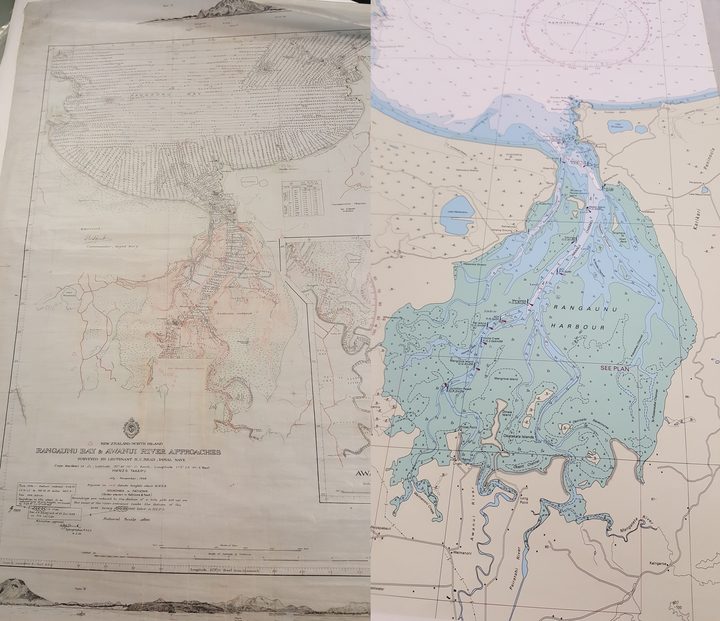 A 60-year old marine chart of Rangaunu Harbour, left, next to a modern nautical chart of the same harbour. Photo: RNZ / Alison Ballance

We now have detailed nautical charts of shipping routes and harbours, but NIWA marine geologist Geoffroy Lamarche says we know very little about the rest of the sea floor, especially anything that lies more than a few kilometres from the shore.

A few small features, such as Havre volcano on the Kermadec Ridge, have been mapped in detail to answer specific scientific questions, but many large features such as underwater mountains have yet to appear on nautical charts.

“If you divide the ocean into one kilometre by one kilometre squares, only 18 percent of those cells will have a true measurement in it,” says Geoffroy. “All the others will either be interpolated [estimated] or derived from satellite altimetry, which is very good, but nowhere near as good as a sounding which gives you very good accuracy.”

There are consequences from not knowing. In early 2005, the US nuclear submarine San Francisco collided, at full speed, with an uncharted submarine mountain, or seamount, near Guam. One sailor died, others were injured and while the sub didn’t sink it was badly damaged.

Seabed 2030 is a global collaboration, led by an international group called the General Bathymetric Chart of the Oceans (GEBCO).

The aim is to combine all existing bathymetric data into a single database, and create maps of all ocean floor features larger than 400 metres. These maps will be available to anyone.

The work will be coordinated by four regional centres, and LINZ, GNS Science and NIWA are jointly responsible for collecting data for the South and West Pacific. This area covers about a quarter of the world’s oceans, and includes the two deepest ocean trenches - the Kermadec and the Mariana trenches - both of which are more than 10 kilometres deep.

Geoffroy says the plan is to gather together as much existing data as possible. He says there is a lot of unpublished information that he will be asking to use, from commercial survey companies as well as oil companies and navies.

He says that the two companies involved in searching the Indian Ocean for missing Malayasian Airways flight MH370 have produced detailed maps of the search area that they are making available to Seabed 2030.

They will also be asking a wide range of ships, from ocean liners to fishing boats, to collect data from their echo sounders as they transit to and from port.

More on mapping and the sea floor

Points, lines and polygons is an Our Changing World story about the art and science of making topographic maps.