Finding new drugs from the sea

The vast majority of new medicines are derived from chemicals produced by living things. The really tricky part is finding those living things and working out what the chemicals they produce actually do. 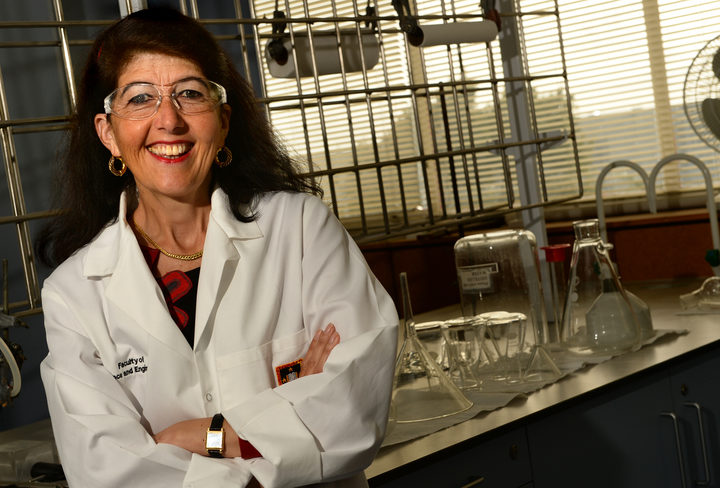 “Nature has a much better imagination than chemists,” says Dr Michele Prinsep, associate professor of organic chemistry at Waikato University. “About 70 percent of pharmaceuticals today are either natural products directly or derived from natural products”.

‘Natural product’ might sound like something you’d expect to read on the side of a shampoo bottle but in chemistry the term has a specific meaning.

To a chemist, a natural product is a chemical which is made by a living thing but is not directly necessary for life. For example, amino acids are not natural products but snake venom is. 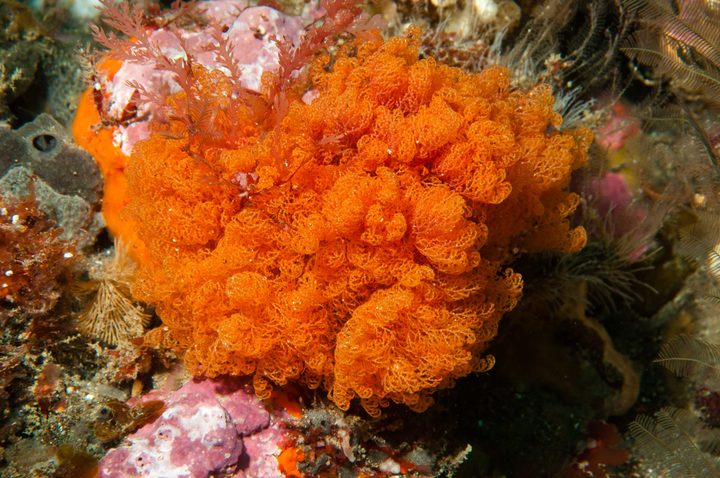 When it comes to natural products both these organisms are powerhouses.

“There are quite good reasons for that when you look at how they live,” explains Michele. “They can’t move so they can’t swim away from predators, they are competing heavily for space and nutrients, they don’t have an immune system because they are so primitive. So it makes sense that they have some sort of chemical defence.” 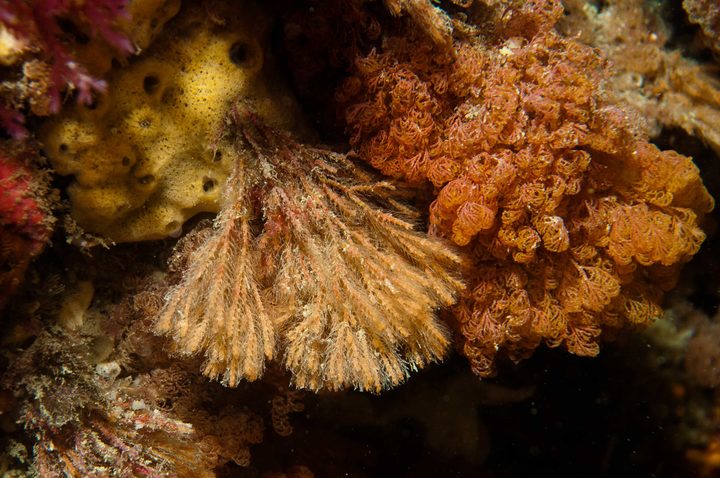 Bryozoans come in a wide variety of colours and growth forms, including the creamy fan and orange curly lace ones in this photo. Photo: Malcolm Francis / NIWA

So how do you go from a bryozoan’s chemical defence to an anti-cancer drug?

“The point is that the [chemical] provokes some reaction in another organism,” says Michele. “Often it’s related to the processes within that organism and if that process is something like cellular growth, that’s really important for cancer.”

But first you have to find the organism which produces these chemicals in the first place. “I’m very dependent on others who do the collecting for me,” laughs Michele.

For example, if a particular sea cucumber seems to prefer eating a particular type of bryozoan that might suggest some kind of special chemical benefit for the sea cucumber - that’s like monarch butterfly caterpillars feeding on swan plants to make themselves poisonous to predators. 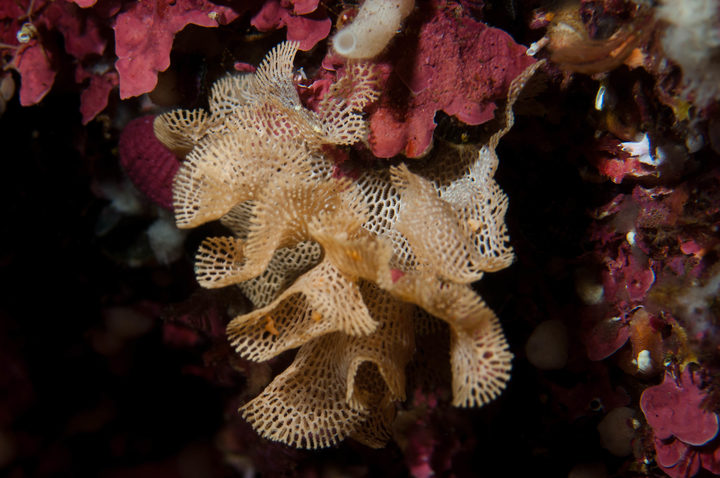 This Fiordland bryozoan is living up to the common name 'lace coral.' Photo: Malcolm Francis / NIWA

But that’s only the first step. The next big leap is working out whether the chemicals produced by these organisms have potential as medicines.

“We tend to get an organism, extract it and then test that extract against whatever biological process we’re interested in,” explains Michele. “So let’s say it’s anti-cancer. We would test it against a line of cancer cells and see if it had any anti-cancer activity.”

This is the grunt-work side of natural products. The vast majority of chemicals tested won’t have the desired effect, and of those that do, most will fail in-vivo tests or in clinical trials. Only a tiny fraction make it to the shelves of a pharmacy.

Dr Michele Prinsep says of all the chemicals she’s worked with only a few compounds have made it to the in-vivo stage and none have actually become pharmaceuticals.

But she still finds the work fascinating, which is a very good thing considering how the ever-increasing rate of microbial resistance is making the development of new pharmaceuticals more critical than ever.

Listen to the full Our Changing World podcast to hear how Michele Prinsep is working to cure the kiwifruit vine killing disease PSA using natural products from marine algae. 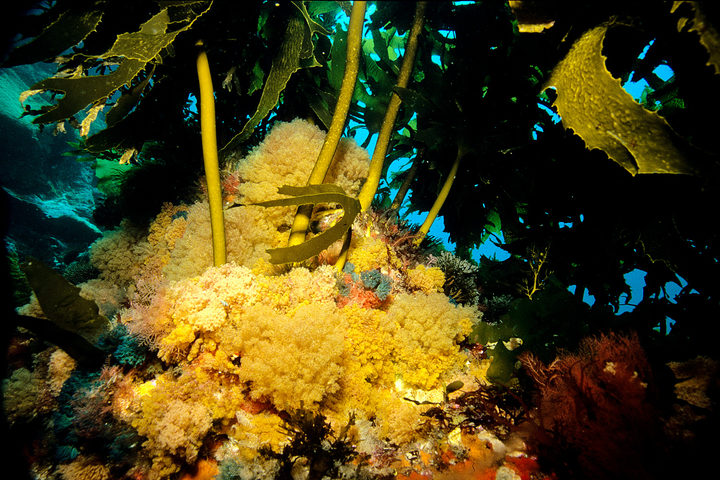 The ocean is home to thousands of marine organisms, such as the yellow bryozoans growing at the base of the marine algae, Ecklonia radiata. Photo: Malcolm Francis / NIWA