The Takahē Recovery Programme is the longest running threatened species conservation programme in New Zealand, and it has just run into a problem – albeit the best kind of problem to have.

It has too many birds and not enough safe homes.

That's why 18 flightless takahē will next week be winging their way from their wild home in Fiordland to a new home on the Heaphy Track, in Northwest Nelson. They will be followed in a month’s time by a further 12. 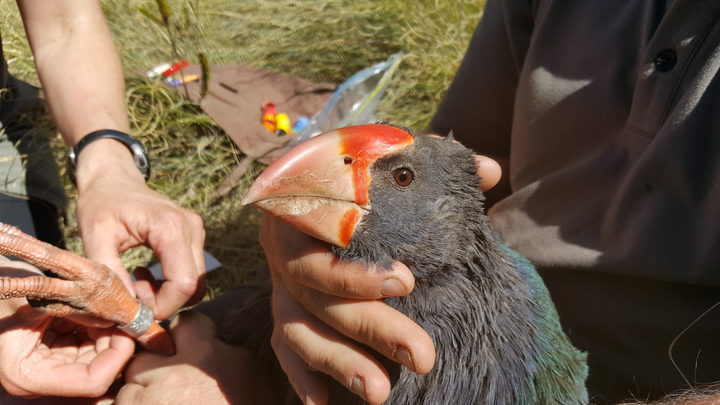 A young takahē, named Telfer, is given a numbered metal leg band and a radio transmitter. Photo: RNZ / Alison Ballance

Takahē were dramatically rediscovered in Fiordland’s Murchison Mountains, just across the lake from Te Anau, on 20 November 1948. For more than 50 years before that, they had been thought extinct.

But the population was small, no more than a couple of hundred birds, and was in a steep decline.

The birds were once widespread across the South Island, while a separate, now extinct, species of takahē roamed the North Island. But loss of habitat, competition for food from introduced browsing animals such as deer, and predation from introduced predators, especially stoats, saw them disappear from most places by the late 1800s.

The Murchison Mountains were their last sanctuary. The birds probably survived there because the Murchisons are effectively a peninsula, surrounded on three sides by Lake Te Anau. As a result, it was one of the last places in Fiordland that deer and stoats invaded. 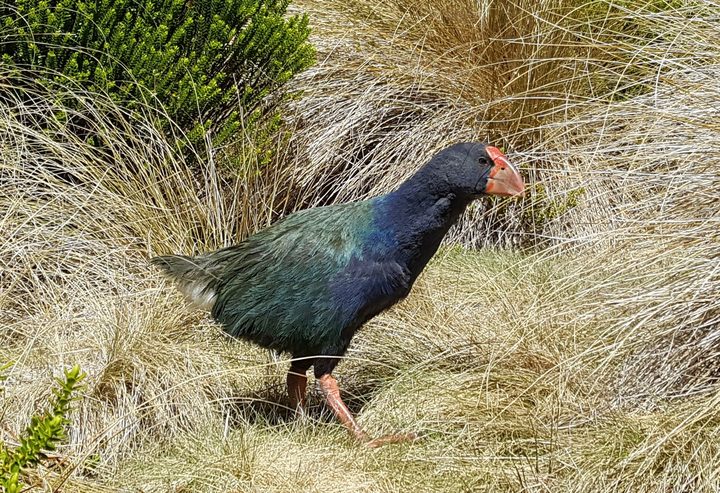 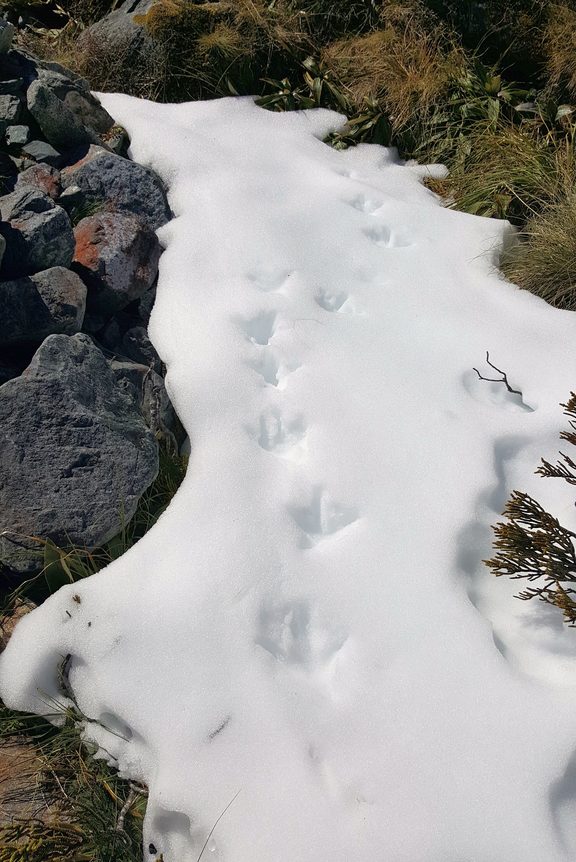 The birds breed in summer in the damp tussock and scrub-filled valleys of the Murchison Mountains. In winter, when the mountains are blanketed in snow, they retreat down to the beech forest, where the adults teach the young how to grub for the roots of the summer fern, Hypolepis.

Takahē lay two eggs, and in a good summer, with lots of food and mild weather, a pair might raise two chicks. Most of the time they raise just one.

Starting in the mid-1980s, conservation managers decided to take advantage of this, and start a captive-rearing programme. Wild pairs were left with one fertile egg and any extra fertile eggs were taken to safety, to be raised at the Takahē Centre at Burwood Bush, near Te Anau.

Captive-reared birds were then released, either back into the Murchison Mountains or, increasingly, on to predator-free islands or mainland sanctuaries.

After several decades it was clear this was not working as well as hoped. Although captive-reared birds released in the Murchison Mountains paired up with wild birds and produced chicks, they produced only half as many as pairs of wild-reared birds.

Many of the islands were not completely suitable, either. Takahē need tussock and grass, while many islands are regenerating into bush. And takahē thrive in cool damp areas with good wetlands, not on hot subtropical islands. 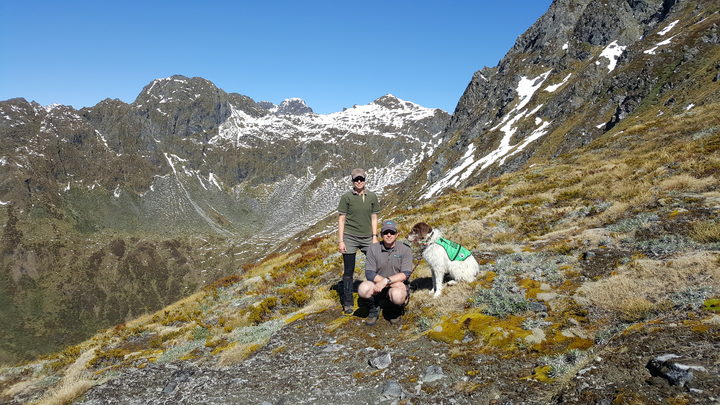 For many decades, the population numbered around 200 – sometimes less, sometimes more. In the mid-2000s, things were looking up for the species, until a huge stoat plague in the Murchison Mountains saw about 40 percent of the wild population – including adults – killed by the predators.

To prevent this happening again, the number of stoat traps in the Murchison Mountains was increased to 3500, and this now keeps stoat numbers low. 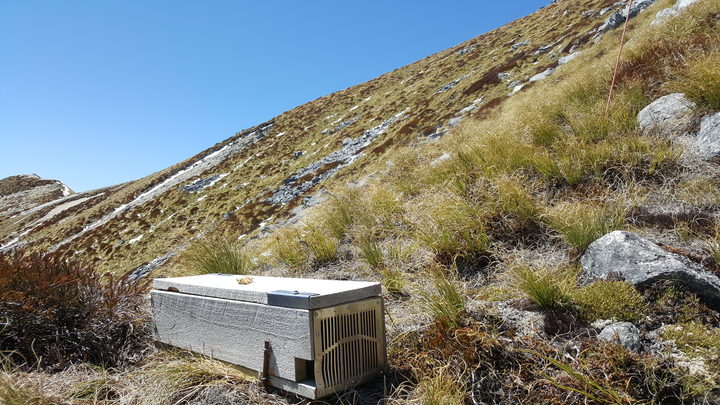 There are almost 3,500 stoat traps in Fiordland's Murchsison Mountains to protect a range of threatened species, including takahē, kiwi and rock wren. Photo: RNZ / Alison Ballance

In 2012, the intense captive rearing programme changed direction. Instead of using puppets to hand-rear chicks, the Takahē Recovery Programme decided that ‘parents know best’ was a good strategy.

Now, between 20 and 23 breeding pairs of takahē live in large pens at the ‘takahē farm’, as it is fondly called. Each pen is protected by a predator-proof fence and filled with red tussock, and the birds are provided a shallow swimming pool to drink from and play in, and extra food.

Most of these pairs will raise two chicks that are then sent back to Fiordland or on to other sanctuary sites.

The new strategy is proving very successful. In October 2016 the takahē population reached 300. As a result, the species was moved down two steps in the threat classification system, from nationally critical to nationally vulnerable. 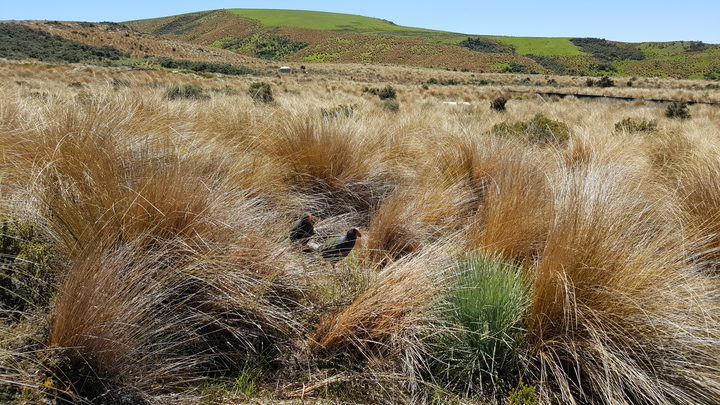 In October 2017, the population jumped to 347 birds. Great news - but where are they all going to go?

Glen Greaves, Takahē Recovery Programme manager for the Department of Conservation, says “the big block for our programme is finding safe places to put the birds".

“We know how to make a lot of takahē – but we don’t really have a home to put them.”

DOC has decided to try and establish a completely wild takahē population in Northwest Nelson. The site they have chosen is Gouland Downs, on the Heaphy Track, which has suitable open habitat and good predator control.

In August 2017, the takahē rangers were all set to translocate 30 birds, when bad weather intervened. The 30 birds had been assembled at Burwood Bush ready for the move, but by the time the weather cleared they had already started breeding. So, they were left at the takahē farm for the summer.

The move to Northwest Nelson is now set to happen this autumn, with 18 birds scheduled to be released at Gouland Downs on 20 March, and a further 12 birds a month later.

If the move is successful, hundreds of takahē might one day call Northwest Nelson home again. And the nice thing is that trampers might come across them as they walk the Heaphy Track.

Making rare birds part of our natural world again – just as they should be. 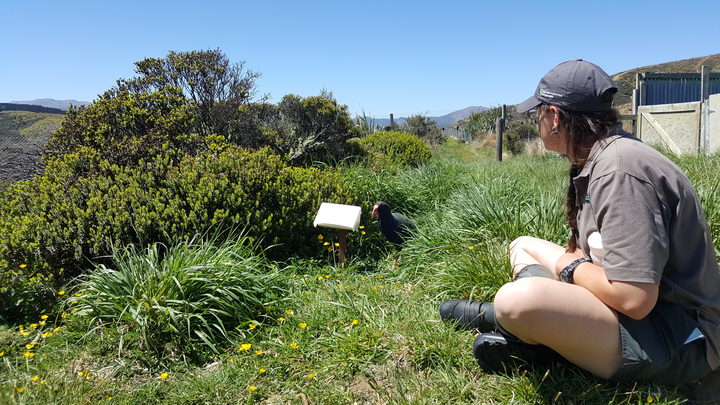 Late last year DOC carried out an on-the-ground takahē head count in the Murchison Mountains. It involved more than 70 person days in the field, during which 118 wild birds were observed, although there will of course be some that were missed.

This makes the latest official count for the number of wild birds about 130, which is more than there were three years earlier.

The Murchison Mountains are a special takahē area, and are off-limits to the public, but there are plenty of places you can see takahē – including Te Anau wildlife park, Zealandia sanctuary in Wellington, Sanctuary Mountain Maungatautari in the Waikato, Orokonui Ecosanctuary near Dunedin and Tiritiri Matangi island near Auckland. 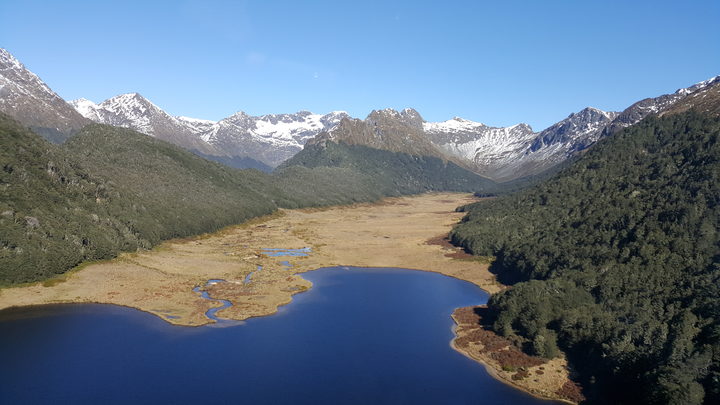 Takahē Valley was the site of the dramatic rediscovery of a species that had been thought extinct for many decades. During the recent takahē census, 18 takahē were found in the valley. Photo: RNZ / Alison Ballance

Joan Watson on rediscovering the takahē

Joan Watson was part of the four-person party, led by Dr Geoffrey Orbell, that rediscovered the takahē, or Notornis as they were known then, in 1948. In this interview, with Alison Ballance, she recounts her experience.