Scientific curiosity was the order of the day when Koraunui School, in the Hutt Valley, hosted its recent Stokes Valley Bioblitz.

The Bioblitz was the brain child of Prime Minister’s Science Teacher Prize winner Dianne Christenson and it involved students finding out what lives in their neighbourhood during the course of one day and night. 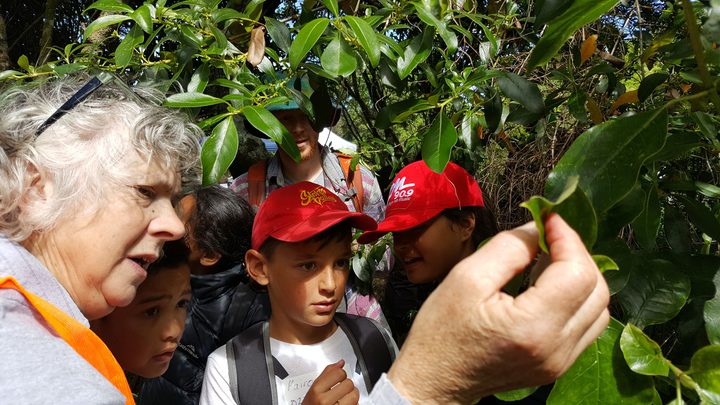 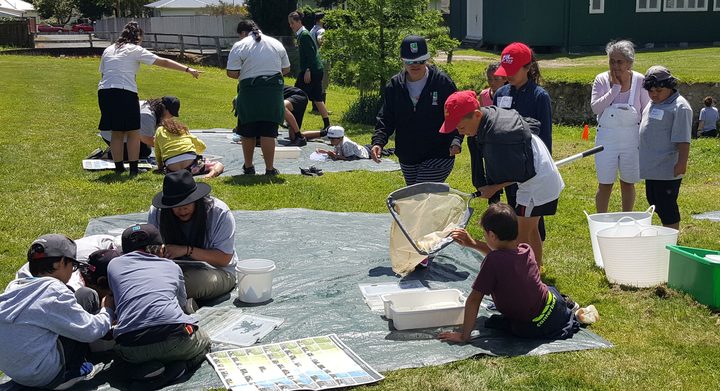 Students identifying stream invertebrates that they have scooped out of the Stokes valley stream. Photo: RNZ / Alison Ballance

“Science is fun – and you learn when you have fun.”

Those words come from inspiring teacher Dianne Christenson. The first primary school teacher to win the Prime Minister’s Science Teacher Prize, Dianne teaches at Koraunui School, in the Hutt Valley. Thanks to her passion, the school has a vibrant science programme. 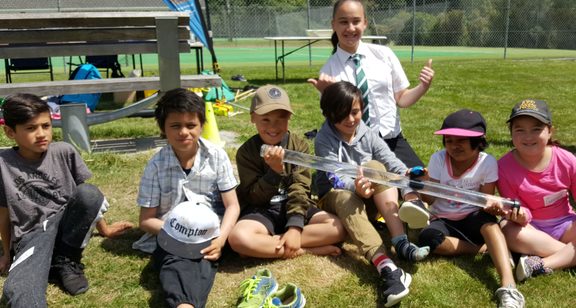 Dianne says about 80 scientists and specialists came to Stokes Valley to join with students from eight schools for the Stokes Valley Bioblitz. The aim was “to discover as many different species, including plants and animals, in the valley as possible.”

“The kids have been working up to this all year,” says Dianne. “We’ve had a really strong focus on science, and learning about our environment. We’re growing kaitiaki at our school, so that they know what lives in their valley.” 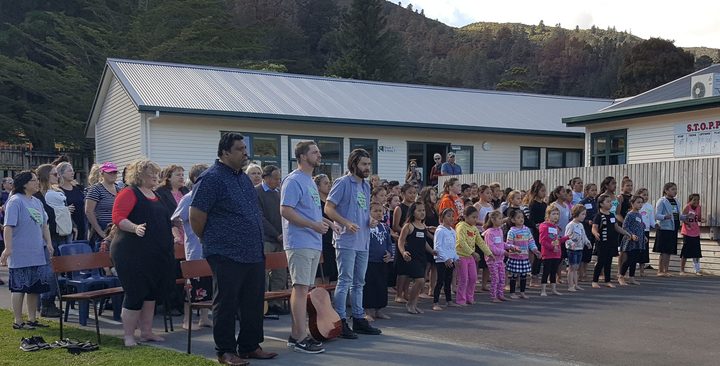 The Bioblitz kicked off with a traditional Maori welcome from staff and students of Koraunui School to all the visitors. Then students broke up into small groups, and headed off to different sites around the valley.

Local bush reserves, parts of the Stokes Valley stream, and the school itself were all put under the magnifying glass and the microscope, as people peered into nooks and crannies, used hand nets to sweep insects out of the stream and combed through leaf litter in search of life. 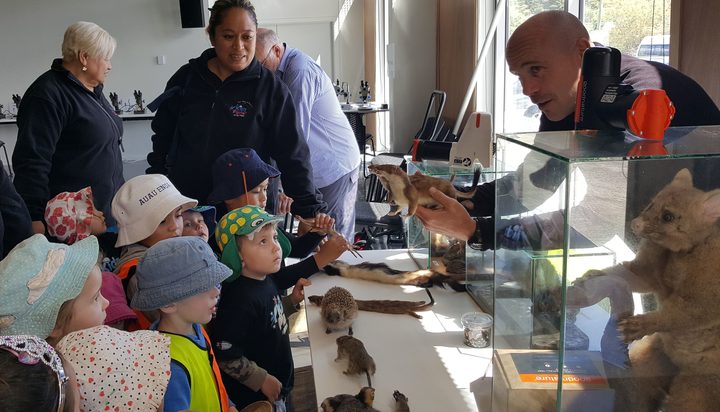 Preschoolers are introduced to introduced mammals such as rats, possums and hedgehogs during the Stokes Valley bioblitz. Photo: RNZ / Alison Ballance 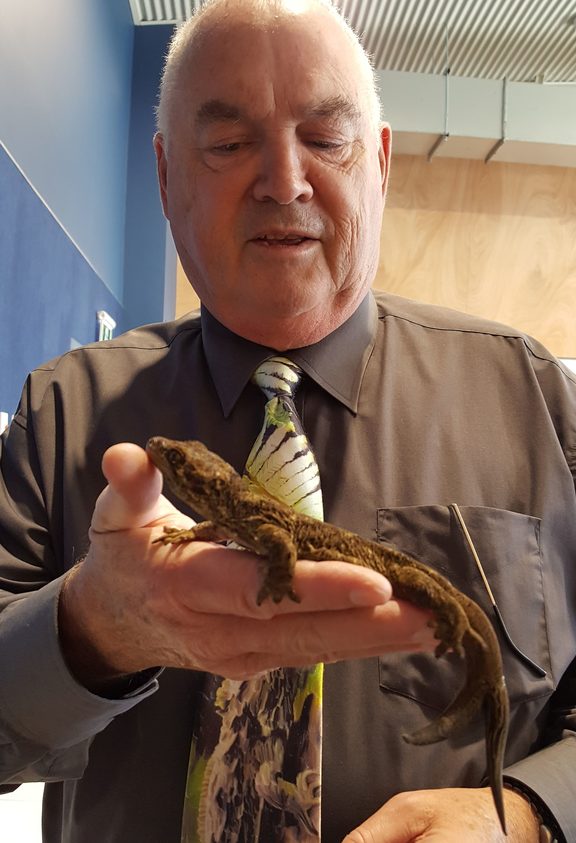 Lizard breeder Dennis Keall brought some of his reptiles along to the Koraunui bioblitz, including a handsome Duvaucel's gecko. Photo: RNZ / Alison Ballance

Scientists were on hand to help identify things. Each observation was recorded on the Nature Watch phone app, so that as the 24-hour Bioblitz continued everyone could see the number of species climbing. It also meant that scientists further afield could help identify tricky specimens.

In the 24 hours of the Bioblitz, people recorded 241 observations of 91 different species on the Nature Watch App.

Local residents were invited to be part of the Bioblitz, and they dropped by the community hub to learn about introduced pests, as well as native land snails, insects and lizards.

Reptile breeder Dennis Keall has permits from the Department of Conservation to breed native geckos and skinks in captivity, and the school students were captivated by the animals he brought along to show them.

Dianne was very pleased with how well the event went.

“We had such a great day and the kids have really improved their observational skills.  So much fun and learning all in one package.” 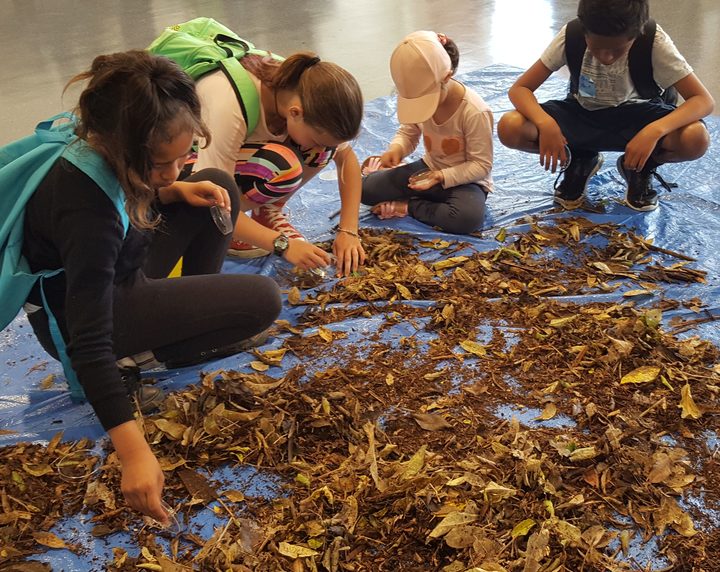 Stokes Valley students comb through some leaf litter to discover what lives on the forest floor. Photo: RNZ / Alison Ballance 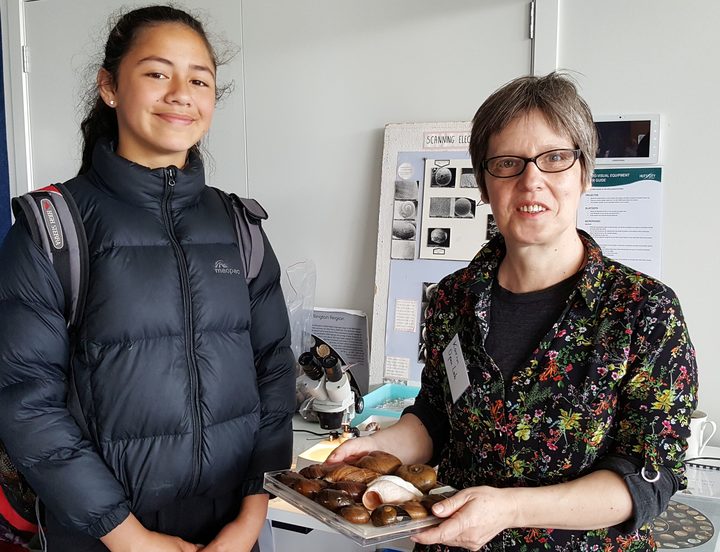 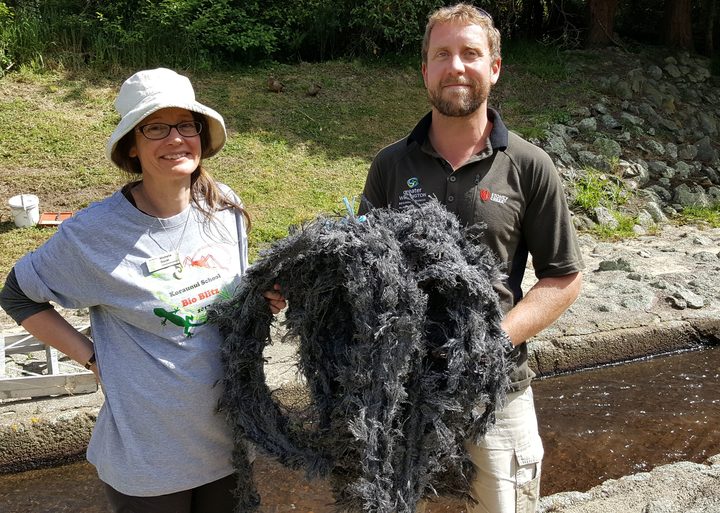 Michelle Duckett from Enviroschools and Travis Moody from Greater Wellington Regional Council. Travis is holding a mussel farm rope, that will be put in the stream behind to help fish swim upstream against the water flow. Photo: RNZ / Alison Ballance