Most people enjoy South Island’s big lakes for their stunning beauty. But ask award-winning freshwater biologist Carolyn Burns what fascinates her about them and she’ll enthuse about the tiny creatures that make these cold, dark lakes home.

However, she is also concerned about the impact that nutrients are having on her critters - and on the lakes as a whole. 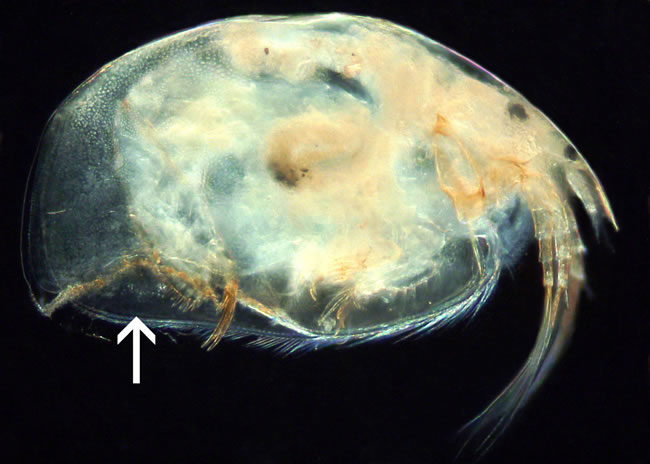 Daphnia is a small crustacean that is part of the zooplankton of freshwater lakes. Photo: Manaaki Whenua Landcare Research 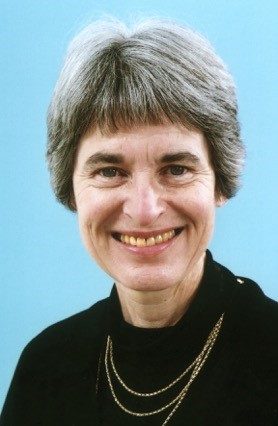 Carolyn is an emeritus professor in the Zoology Department at the University of Otago, and she has been awarded the 2017 Marsden Medal by the New Zealand Association of Scientists (NZAS). It is yet another accolade to add to the collection that this eminent limnologist has already accrued.

Carolyn studies the zooplankton that lives in the lakes’ open water, which includes microbes as well as bigger critters such as small crustacea and rotifers.

She says these animals are an extremely important part of the lakes’ ecosystems, and points out that there are actually two types of food web in a lake – the microbial food web, as well as the more classic food web which includes fish.

Carolyn has spent much of her career untangling these lake food webs, and working out who eats who.

She says that our lakes have some outstanding characteristics - in particular an unusually simple food web. The zooplankton fauna is made up of relatively few species when compared to many overseas lakes. New Zealand also lacks fish that eat other fish – “we don’t have the bass and the pike” says Carolyn. “Nor do we have the carnivorous zooplankton, the predatory crustaceans that eat other crustaceans.”

“That has [allowed us] to sort out the major interactions that are occurring as these are a simpler food chain without these other interactions to confound the pathways that we see.”

Carolyn is concerned about the effects of land use on the water quality of lakes such as Wanaka and Wakatipu, especially the runoff of excess nutrients from the land.

“Our deep southern lakes are very, very nutrient poor, and that increases their sensitivity to even small amounts of nutrients,” says Carolyn. “This means that their susceptibility to the effects of eutrophication, particularly in the more sheltered bays, is likely to be enhanced.”

Carolyn is already observing a concerning deterioration in the water quality of the lakes, and is adamant that we must act quickly. 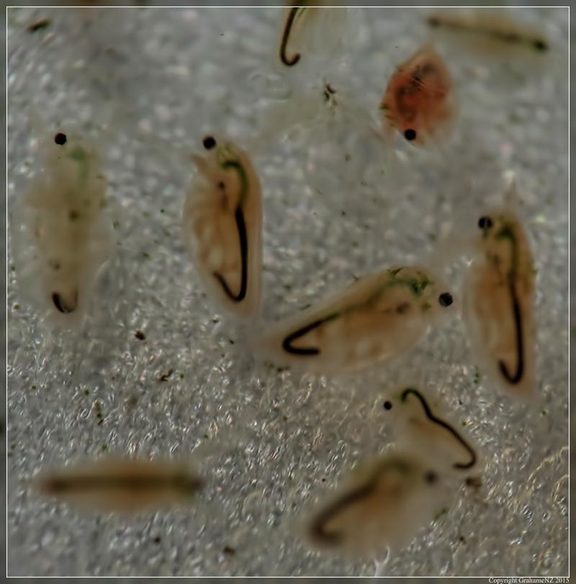 Excessive algal growth and phytoplankton blooms are a problem associated with high levels of nutrients, and Carolyn has a rather radical suggestion that could be a solution – which involves using one problem species to sort out another problem species.

She says there are two invasive species of water flea or Daphnia that have been introduced here from North America which “have a tendency to reproduce very quickly. They also have a tendency to outcompete our native Daphnia species.”

“This has knock-on effects that we haven’t got to grips with yet – there are all sorts of subsequent ecosystem repercussions of having large numbers of these invasive species.”

Her radical suggestion is to turn their large numbers to our advantage and use these fast-breeding interlopers for “biomanipulation and water quality control.” Put simply, lots of water fleas eat lots of phytoplankton, which could be an efficient way of dealing with algal blooms.

Carolyn doesn’t know if it will work, but she is adamant that when it comes to the issue of declining freshwater quality “we need to do as much as we can, as soon as possible because [the problem] is not going to go away.”

As well as the Marsden Medal, the NZAS awards the Beatrice Hill Tinsley Medal, which is named in honour of a New Zealand astronomer and cosmologist who died aged 40, at the peak of her career. It was the first science award in New Zealand to be named after a woman scientist.

The Hill Tinsley Medal is awarded by the NZAS for outstanding fundamental or applied research published by a scientist aged less than 43 years.

In 2017, the NZAS renamed their Science Communicator Medal the Cranwell Medal, in honour of the late Lucy Cranwell. Lucy was a New Zealand botanist who worked in fossil palynology, or pollen studies, at Harvard University and the University of Arizona. She was well-known for her friendship with another leading New Zealand botanist, Lucy Moore.

The 2017 Cranwell Medal was awarded to physicist Ocean Ripeka Mercier at Victoria University of Wellington.