Inherited heart disease: you're not doomed by your DNA

New research is showing that much of the genetic risk behind inherited heart disease comes from DNA that lies in the dark matter of our genome, rather than in our genes themselves. But Anna Pilbrow says we are not doomed by our DNA – and that having a healthy lifestyle can help offset genetic risks. 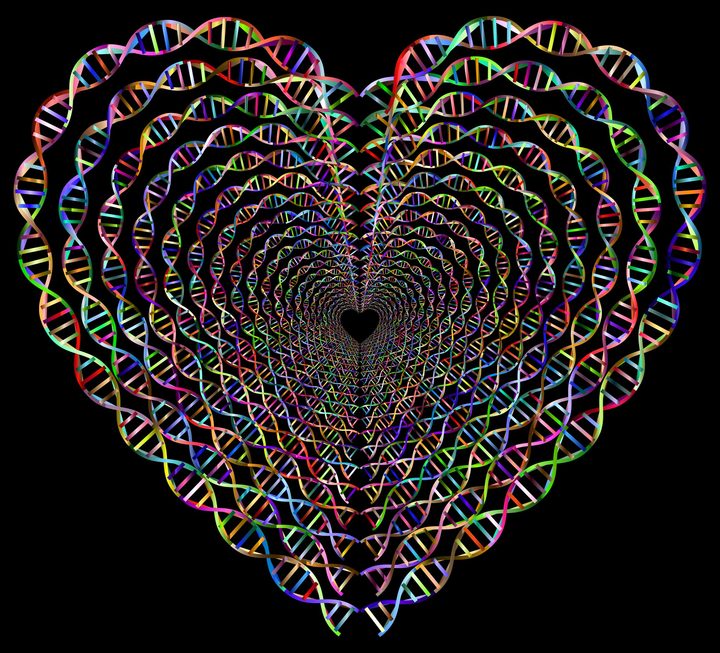 Anna Pilbrow is a researcher at the University of Otago’s Christchurch Heart Institute, and she is interested in why heart diseases runs in families. It’s an area of significant concern, as heart disease is the leading cause of death in New Zealand, and 5 percent of New Zealanders are living with heart disease.

Lifestyle factors such as smoking, being overweight, lack of exercise and poor diet all increase your risk of heart disease – but there is also a strong genetic component.

In coronary heart disease – when plaque can block arteries, leading to a heart attack - 50 percent of the risk is inherited.

The risk of heart failure – which is basically when your “pump wears out” – also runs in families.

Anna has been working with an international consortium to unravel the genetics that underpin these risks, and she says they have had some interesting – and unexpected – results.

“We now know that there are 60 regions of our DNA that can contribute to our heart disease risk, and most of these regions are not in genes – so that has been the really big surprise.”

“Only about 3 percent of our DNA encodes genes,” says Anna. “There are these long stretches of DNA in between the genes called non-coding DNA, and you may have heard of it being referred to as junk DNA in the past – but we now know there is no such thing as junk DNA. And in fact, almost all of our inherited susceptibility to complex inherited diseases such as heart disease lies on those non-coding regions.”

Anna says that the bits of DNA which contribute to our heart disease risk, known as “high risk variants”, are scattered throughout our genome. She also says that they don’t tend to operate on their own, but rather they interact with each other.

The other big surprise, says Anna, is how common some of the high risk variants are in the general population. “But each individual [region] contributes a relatively small amount of risk.”

“It’s the fact that we have a combination of these things all acting together that contribute to our risk,” says Anna.

People with a large number of high risk variants in their DNA have double the risk of having a heart attack.

But Anna is quick to point out that this “does not mean we are doomed by our genes.”

That’s because susceptibility to heart disease is strongly influenced by a range of lifestyle risk factors as well as genetic risk factors.

In one study, people who carried one of the most risky genetic variants and would normally be considered at high risk of heart disease could “get themselves down to looking like a low risk person if they ate a healthy diet.”

The key is a healthy lifestyle

Anna says it’s complex, because the genetic risk factors contribute to lifestyle risk factors such as susceptibility to diabetes, blood pressure and cholesterol levels, but they also act independently and add risk on top.

However, eating healthy food, exercising, not smoking and maintaining a healthy weight are all good ways of lowering our risk of heart disease.

The discovery of the location and number of genetic variants contributing to the risk of inherited heart disease was carried out in genome-wide association study, using data collected from thousands of patients at the Christchurch Heart Institute as well as overseas.

“We look at all the DNA variation in tens of thousands of [heart] patients and in tens of thousands of control people and you compare the frequency of these genetic variants,” says Anna. “By looking at the variants that are more or less common in the patients compared with the controls you can pinpoint the areas of DNA that are contributing to your increased susceptibility to heart disease.

Anna doesn’t think that all the genetic risk variants have been identified yet. There are “probably hundreds of genes and variants located throughout our genome.”