It’s one of only three in the world and the only island to have the status.

The International Dark Sky Association defines a Dark Sky Sanctuary as “public or private land that has an exceptional or distinguished quality of starry nights and a nocturnal environment that is protected for its scientific, natural, or educational value, its cultural heritage and/or public enjoyment”. The certification recognises not just the island’s extraordinary night sky but also its existing cultural value to both iwi and tau iwi alike.

How extraordinary? Islanders boast of being able to read a newspaper by the light of the full moon. And on any given night they can see roughly 10 times more stars than someone in Auckland. 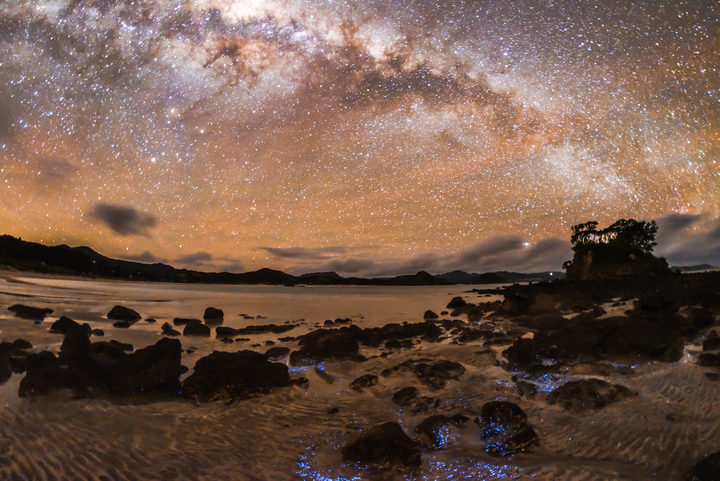 At the full moon, it is so bright that Great Barrier Island residents can read the newspaper outside at night. Photo: Mark Russell

Astronomer Nayalini Davies recalls stepping out of her hotel one night, looking up at the sky over the island and seeing “millions of stars out there, it was just magic.”

For her, viewing a full sweep of stars at night is an almost spiritual experience.

“Half of our world is above the horizon. The sky has been a universal constant across cultures and also across time. (But) a veil has come across the night sky in light polluted areas.

“Gendie” is Gendie Somerville-Ryan. She lives on the island and is no stranger to the night sky.

“We take it for granted here that you can walk out onto your deck, take your 8-inch Dobsonian [telescope] out there, peer through it and see the rings of Saturn.” 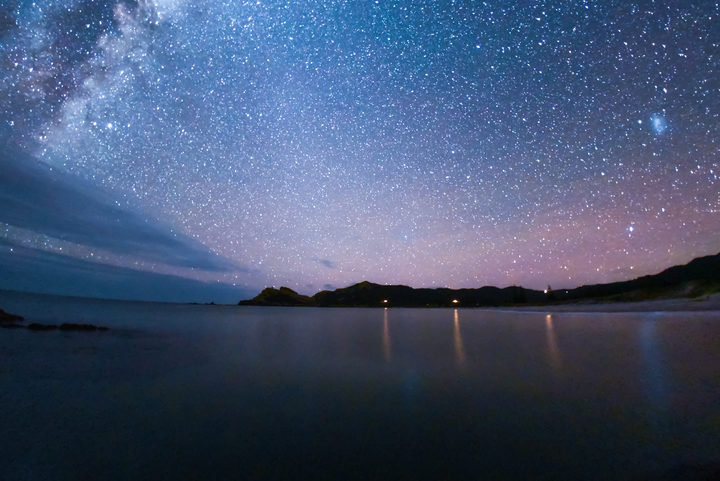 With Gendie’s husband Richard on board, the team undertook the three part process necessary to obtain certification.

“The first part is actually being able to sell your island; why it deserves to be a Dark Sky Sanctuary” says Gendie. “The second part is to look at the domestic lighting and the regulatory structure to protect what you have.

“And the third part, of course, is to be able the measure the dark sky; and it needs to be a certain darkness before you even qualify.” 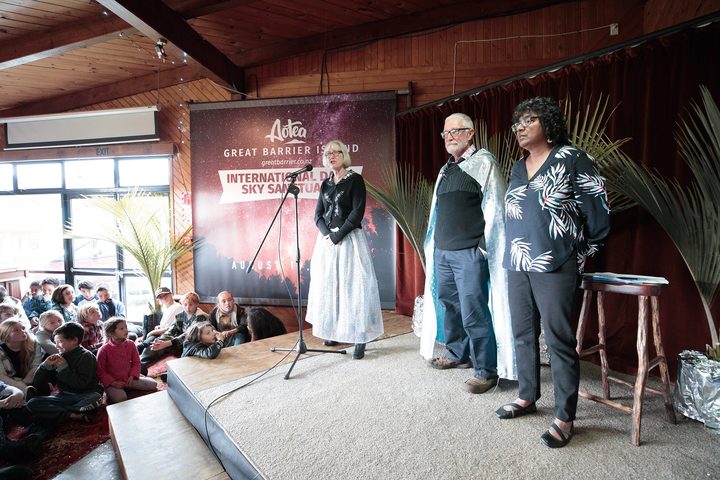 Nayalini Davies purchased measuring equipment and over two nights, Gendie and Richard drove her the length, breadth and height of the island to measure the darkness.

“It actually brought out the creative in me’” says Nayalini. She began by using handheld measuring devices, then designed an automatic logging system and installed it on her laptop. Simply by driving around the island using GPS technology, the team logged all the data they required and then checked their measurements against satellite readings.

“To cut a long story short, they stacked up and basically, Great Barrier Island has pristine skies.”

Those pristine skies are the result of three factors: isolation (the island is about 100km northeast of Auckland), low population density (60 percent is DOC conservation land) and no reticulated electricity.

If the 900 or so locals want light, they have to make it themselves; hence no unnecessary illumination and a nearly entirely natural night sky. 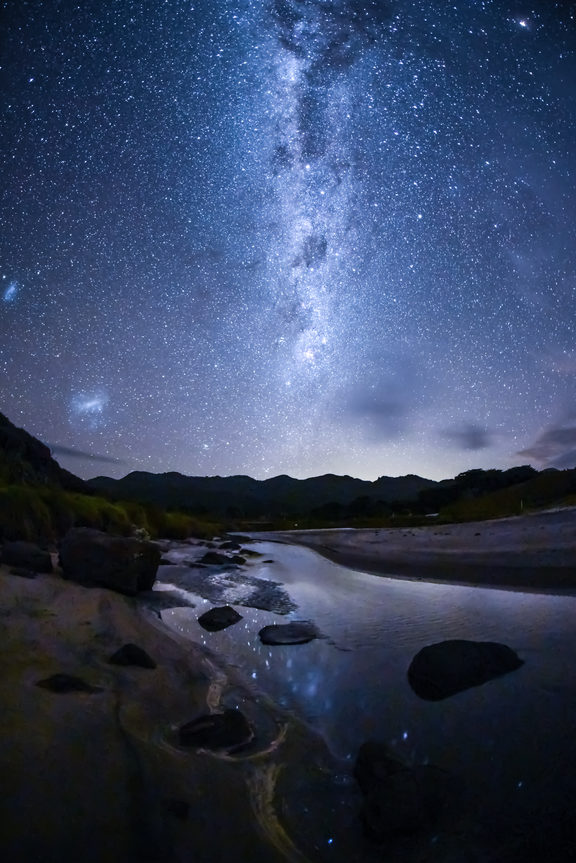 In 2012, a 4300 square kilometre area in the Aoraki Mackenzie region was declared an International Dark Sky Reserve.  A Sanctuary differs from a Reserve because usually it is remote with “few (if any) nearby threats to the quality of its dark night skies”. By contrast, Reserves “consist of a dark ‘core’ zone surrounded by a populated periphery where policy controls are enacted to protect the darkness of the core.”

Of course, conservation isn’t the only aim of the project. The locals want to encourage astrotourism to the island, but even this goal is linked to the aims of the Dark Sky programme.

Certifying a site as a sanctuary requires the guardians of it to “increase awareness of these fragile sites and promote their long-term conservation.” Richard Somerville-Ryan points to the ambassador programme set up on the island as key to increasing that awareness. He says the locals who have trained as ambassadors have increased their own understanding and knowledge and are well placed to pass that on to tourists.

“They’re not - and wouldn’t claim to be - serious astronomers, but they can certainly guide visitors around the night sky and say ‘these are the special things the island has to offer’.”

There will be ongoing work to check light pollution levels and maintain Aotea/Great Barrier Islands pristine skies, but Nayalini Davies is confident that won’t be a problem.