The low-down on electric cars in New Zealand

Henrik Moller never thought of himself as a car man – but the arrival of Eva in his life has changed all that.

Eva is an Electric Vehicle, or EV for short. To be specific, it’s a second-hand, second-generation Nissan Leaf, and the 96 batteries that run the length of the chassis allow Henrik to drive more than 150 kilometres between charges.

Henrik became interested in all the performance data that Eva’s central processor generates, and realised there was an opportunity to collect detailed information about the way electric vehicles perform under New Zealand conditions. 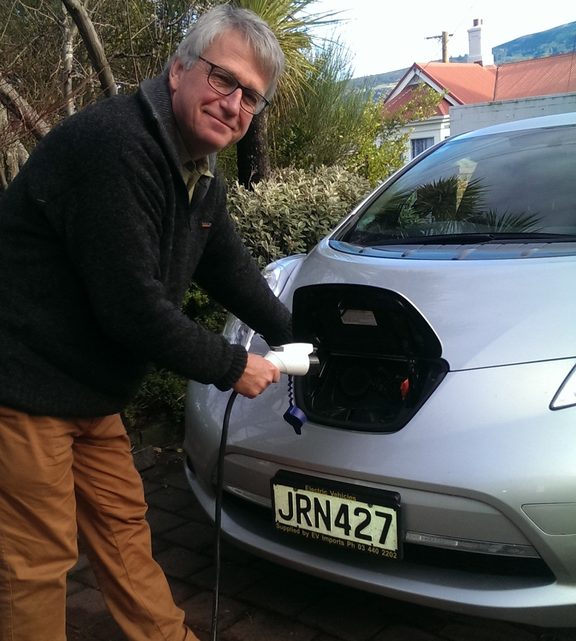 Henrik Moller plugs in his electric vehicle (or EV), Eva. On a full charge he can drive 150km. Photo: Henrik Moller

It started as a collaboration between Henrik, Director of Ecosystems Consultants and an Emeritus Professor at the University of Otago, and data analyst Dima Ivanov from PowerStats, who is another keen EV owner.

They were inspired by vigorous online conversations between electric vehicle owners, but saw that there was a lack of data specific to New Zealand.

“We realised that people were either borrowing from data overseas or arguing from conviction rather than evidence … And we decided, why don’t we just all pool our data.”

Funding from the Curious Mind’s Otago Participatory Science Platform (PSP) allowed the development of the Flip the Fleet dashboard, and for the past year about 130 EV owners have been supplying monthly information on their car use and performance to get the app ready for wider use.

A month after its official launch, more than 200 EV owners are now signed up to the Flip the Fleet app, and Henrik hopes that number will keep growing.

In return for their monthly data input, which Henrik says only takes 5 minutes, members of Flip the Fleet get feedback about how their car performance and battery life compares to other EVs. They also find out how efficient their car use is, how much fuel they avoided using and how many tonnes of carbon they saved, presented in easy-to-understand formats.

“These are all ways of getting EV owners more reliably informed and as better advocates for the value of EVs. And to try to build trust and awareness amongst those who haven’t yet taken the plunge.” 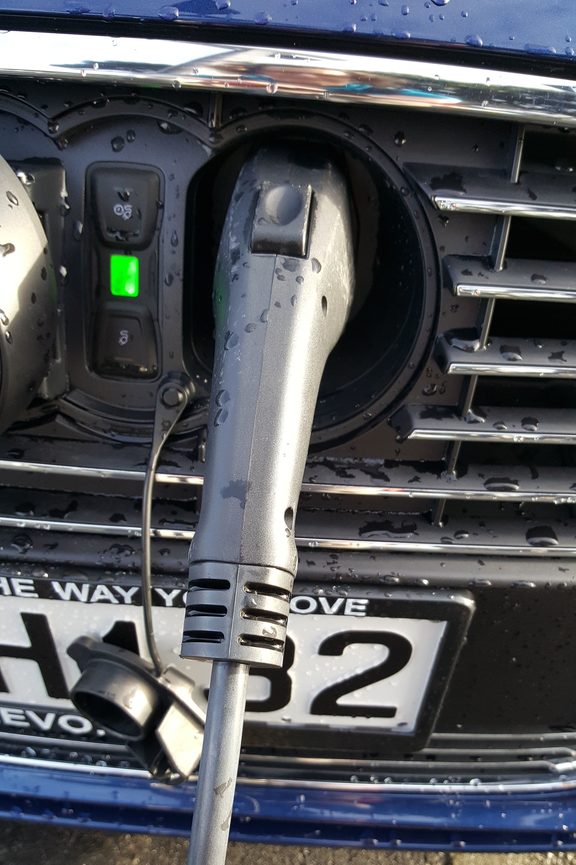 Flip the Fleet has already turned up some interesting findings. Range anxiety – how far you can travel before needing to recharge the car – is often cited as a problem. However,  Henrik says that the average distance reported by app users is just 28km, so it’s only the occasional long-distance trip that poses a challenge.

The answer to that, says Henrik, could be owning a second traditional petrol car for long trips or towing. He also points out that people could use their fuel savings from running an EV to pay for a rental car.

Battery life and performance is another concern, as batteries gradually hold less charge as they age. A new Nissan Leaf can travel 150km under ideal conditions, but Flip the Fleet owners report they’d be satisfied with just 68km of travel from a single charge before it no longer suited their lifestyle. At that point, Henrik says, it is a simple matter to replace individual batteries as needed.

Henrik says the app has great value for owners of fleets of electric vehicles, such as Dunedin City Council, and is also a good source of information for people considering purchasing an EV. 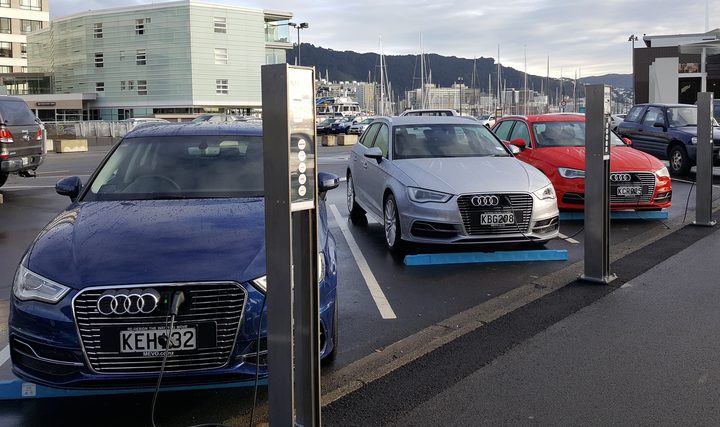 Does everyone need to own their car? Electric car shares like this one in Central Wellington are the way to go, says Henrik Moller. Photo: RNZ / Alison Ballance

Although Henrik is very positive about the sustainable benefits of EVs compared to traditional vehicles, he believes that shared EVs will be the way of the future.

Henrik cites the “inspiring example” of the small rural settlements of Hampden and Moeraki in coastal Otago. The residents used the proceeds of rubbish recycling to buy a communal EV, which is hosted at a local motel and is available for use by the hour.

“Overseas research shows that you can take between 7-13 standard vehicles off the road for each shared vehicle.

“It’s a big investment, so why aren’t we clubbing together to share them?”