Reinforced concrete roofing slabs, weatherboards, sand and even hard hats, have been in the firing line of the University of Canterbury’s ballistics cannon – and it’s all in the name of science. 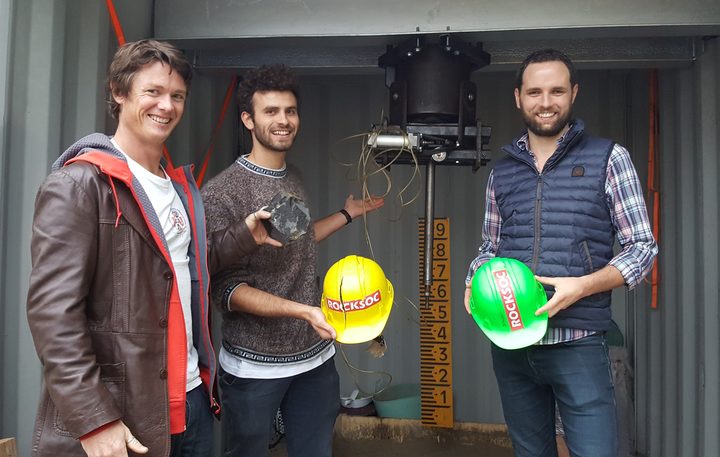 Geologist Ben Kennedy, at the University of Canterbury, studies volcanic ballistics, which are rocks flung out of volcanoes during an eruption.

Kennedy is particularly interested in understanding the damage they cause to structures such as buildings. This information is then used to refine hazards models, and help people create better building materials and design stronger buildings to withstand high energy impacts from flying rocks. 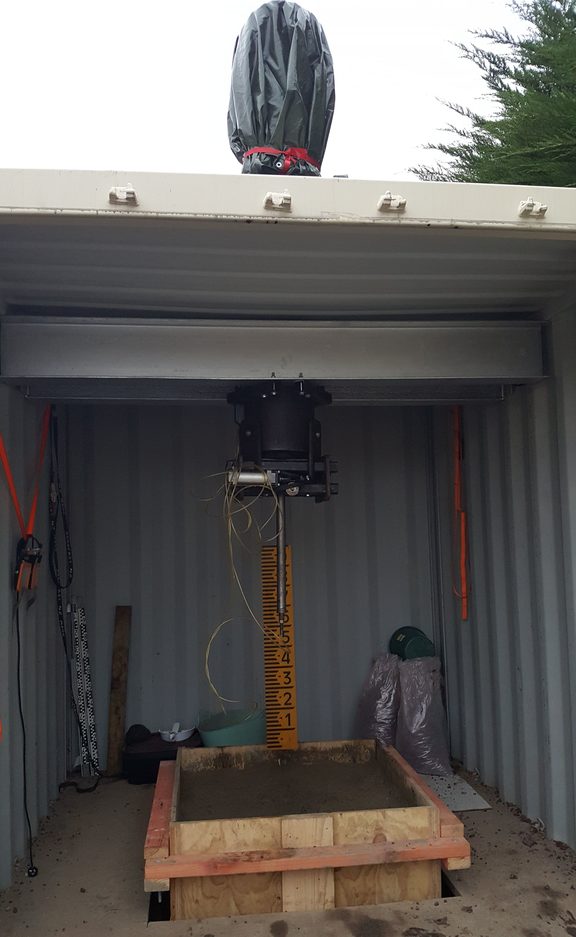 The ballistics cannon is mounted inside a shipping container Photo: RNZ / Alison Ballance

Kennedy's team tests the impact of ballistics using a vertical, high-pressure air cannon to fire rocks at high speed. The current version of the cannon has a two-metre barrel and is mounted inside a shipping container.

Technician George Williams says, “the things I was testing were just a single layer of, say, sheet metal … but if you lower the speed [of the rock] just a little bit that drastically reduces its energy and its potential to keep carrying on through the house.”

So even though the initial impact may be enough to smash through the outer layer of roofing steel, there are usually further layers below that, such as insulation and ceilings, which may further slow the rock.

In another experiment Williams fired rocks against reinforced concrete roofing slabs. The impact punched a large hole in the concrete, however the rock itself was stopped by the metal reinforcing rods running through the slab.

Williams and University of Canterbury engineers are now working on a synthetic fabric that could be incorporated on the underside of the slab to stop the shards of concrete becoming small ballistics in their own right.

Kennedy says there might be compounding hazards in a volcano, such as ash and rocks. In this situation it seems the ash may provide a protective cushioning against flying rocks.

All of this information is fed into New Zealand’s hazard models, which are used as the basis of building codes and disaster management plans. 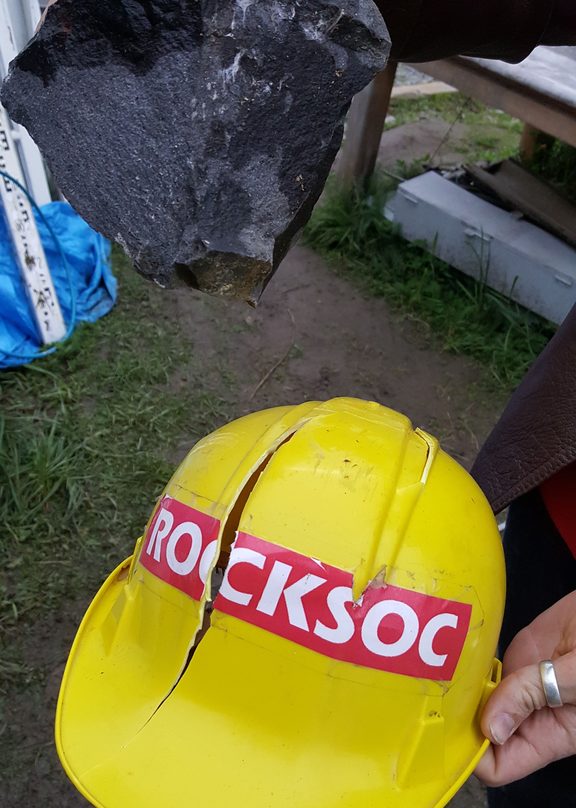 Even though hard hats shattered when struck by a high-speed ballistic, Ben Kennedy says they absorb much of the impact and may be the difference between life and death. Photo: RNZ / Alison Ballance

Plastic hard hats are a ubiquitous feature of building sites, and are also worn by volcanologists working in hazardous areas. While the hard hats cracked significantly during testing, they also absorbed much of the energy that would otherwise hit a head.

Kennedy says that most geologists don’t believe that the hats offer much protection, but he says they may be the difference between death or injury.

We recently covered University of Canterbury volcanic ash research on the show, and a couple of years ago we featured Kennedy's ballistics research, using an earlier version of the vertical cannon as well as a trebuchet or medieval catapult.