Kauri dieback and how microbes sense the world

When it comes to felling mighty trees, sometimes all it takes is a tiny microbe.

But scientists are wondering if they can save the trees, by putting the tiny killer ‘off the scent’. 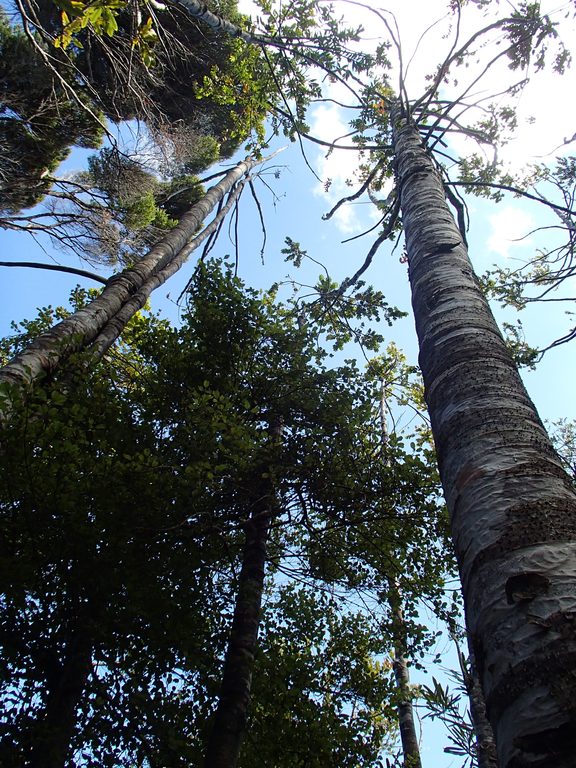 The disease is found in the soil, and it kills trees by blocking the tissues which move water and nutrients. Thousands of kauri trees in northern New Zealand have already died and many more are infected.

There is currently no vaccination and no cure for kauri dieback disease, but an urgent hunt is on for possible treatments.

The devil is in the zoospores

Phytophthora is a fungus-like organism known as a water-mould. Its life cycle involves several different stages, but the key one here is the zoospores, which swim through wet soil to infect new trees.

Imagine a miniscule tadpole-like creature with several beating tails, or flagella, which propel it along at up to 0.7 metres per hour. This might not sound much, but remember we’re talking about something so small we can’t see it with the naked eye.

A zoospore is not just astonishingly mobile. It also has an unerring ability to find kauri trees, sensing some sort of chemical signal produced by its roots. 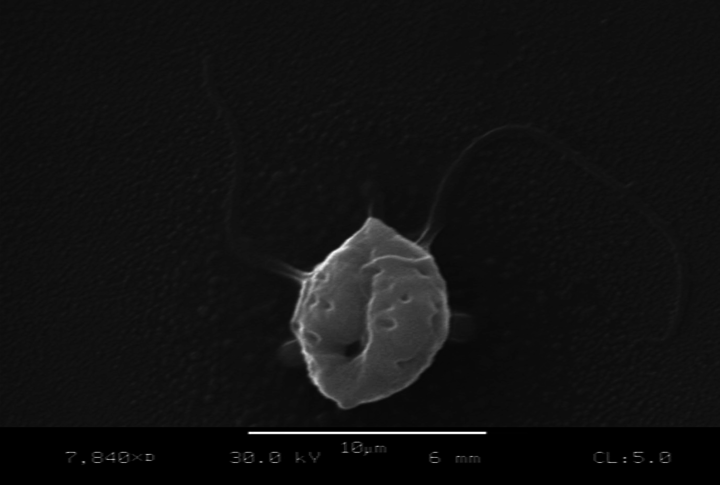 A zoospore is the reproductive stage of phytophthora, and each zoospore has tail-like flagella that help it swim through the soil to reach a new tree. Photo: CC-BY-2.5 Matteo Garbelotto, Edwin R. Florance, USDA

Monica Gerth, a protein biochemist at the University of Otago, has funding from the New Zealand Biological Heritage National Science Challenge, to look at the question ‘what is it about kauri roots that attracts the zoospores?’

Monica and her team are looking to identify chemical signals from kauri and other native plants that attract, repel or generally disrupt the 'homing' ability of zoospores. Could they, for example, design zoospore repellents that could potentially be applied around kauri trees to deter the spores? 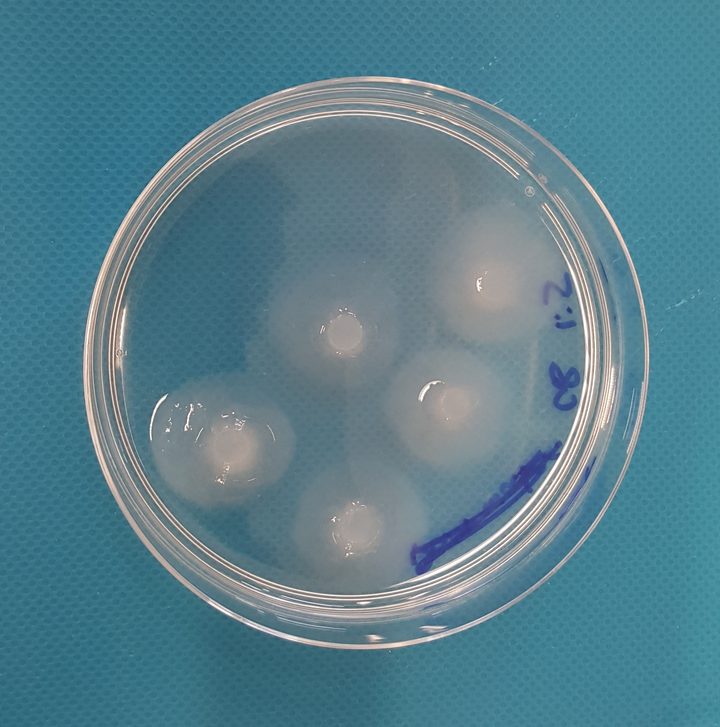 Colonies of phytophthora in the lab - they grow best on media made of ground carrots, peas or V8 juice. Photo: RNZ / Alison Ballance

The first step in the research has been to learn to cultivate Phytophthora agathidicida in the lab. Monica and her team report that it has quite different tastes in food to other organisms they have cultured. After some experimentation, they have discovered that broth made from ground carrots, mashed peas and even V8 juice seems to hit the spot.

The Phytophthora grows as a tangled mass of fine white threads, or mycelium, and when it is ready to reproduce it buds off growths known as sporangia that then release the swimming zoospore stage.

The team has successfully produced and filmed the swimming zoospores, and has now begun to test how the zoospores react to different chemicals.

“We think it’s quite exciting,” says Monica. “There might be other plants in a healthy forest that actually give out a repellent that make the zoospores swim away from an area, that we might be able to use to protect kauri trees.” 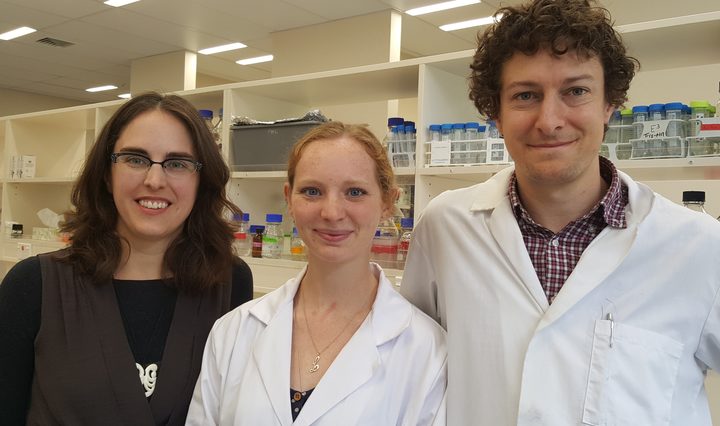 This research is in its early stages, and in the meantime the key message if you live in Auckland and Northland remains one of cleaning your footwear every time you enter the bush. Most popular walking tracks have boot cleaning stations, and it is important you use them to prevent the movement of contaminated spores between forest patches.

Find out more about kauri dieback

Find out more about kauri dieback disease, how it is affecting forests and gardens around Auckland and some of the research underway, in this Our Changing World special feature.