The story of the New Zealand storm petrel is one of mystery. It is also a celebration of rediscovery and discovery. 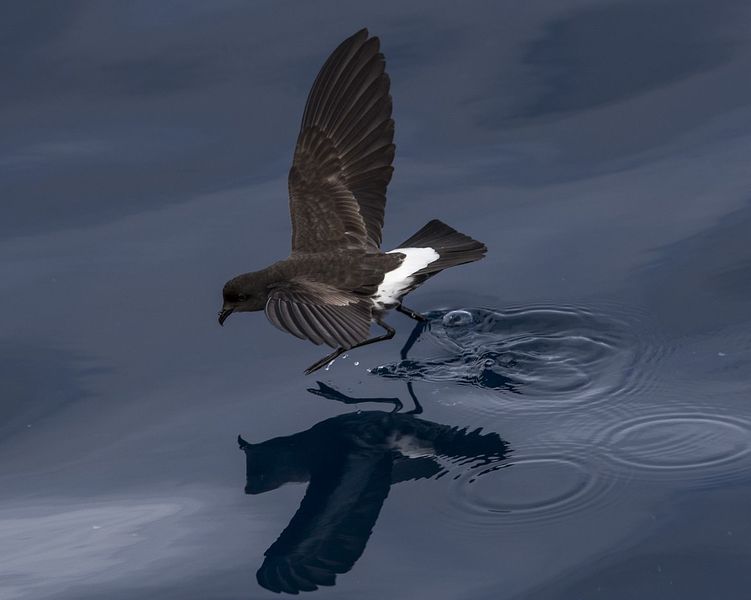 A New Zealand storm petrel appears to run on water as it skips across the sea surface in search of small prey to feed on. Photo Richie Robinson / Northern NZ Seabird Trust 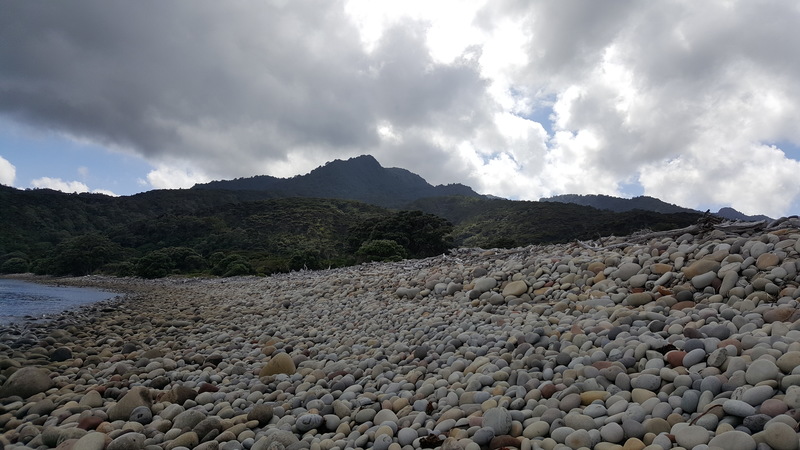 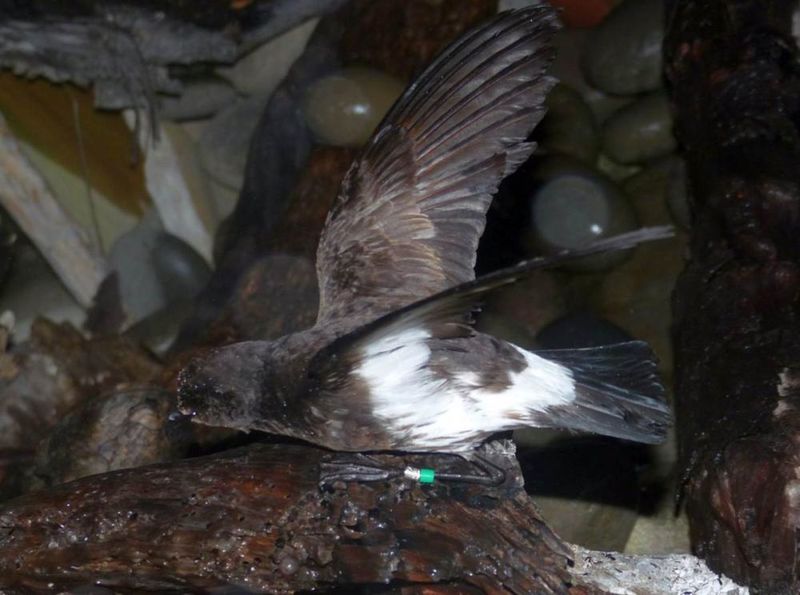 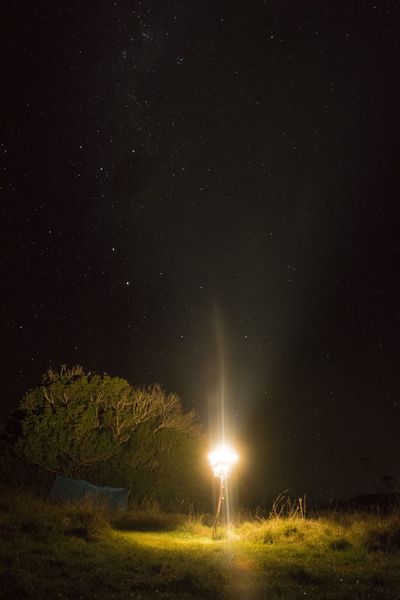 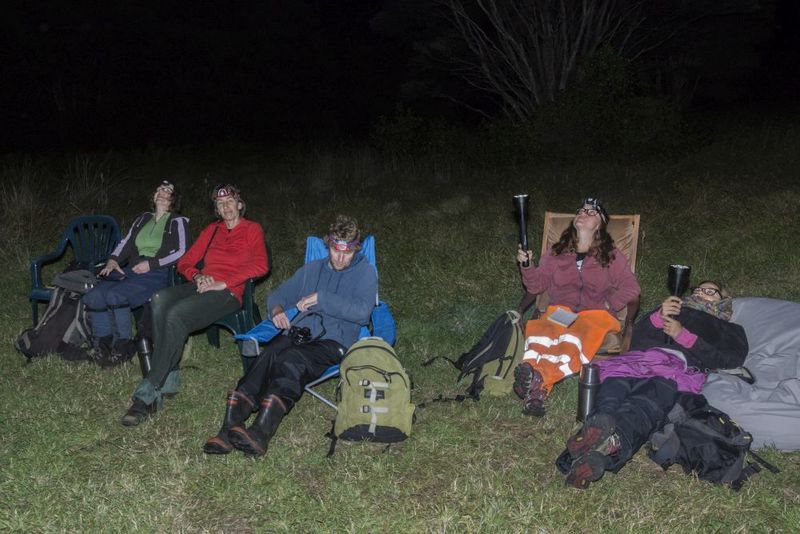 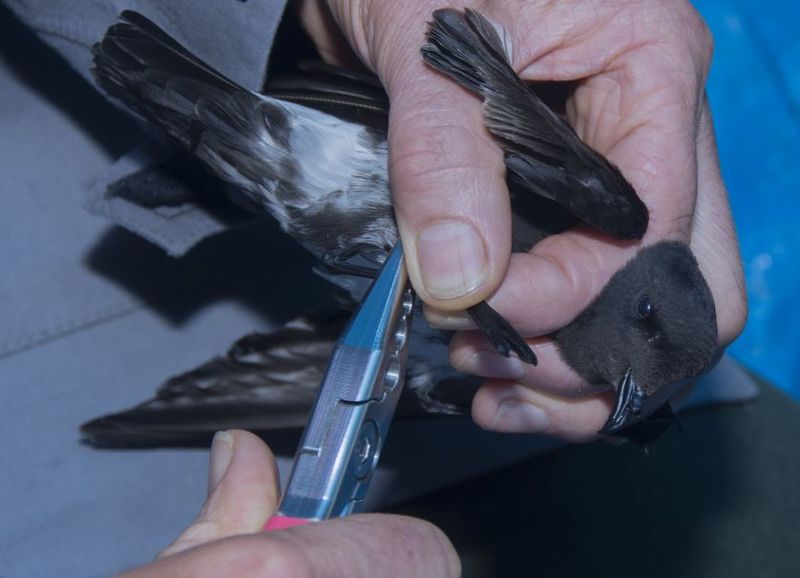 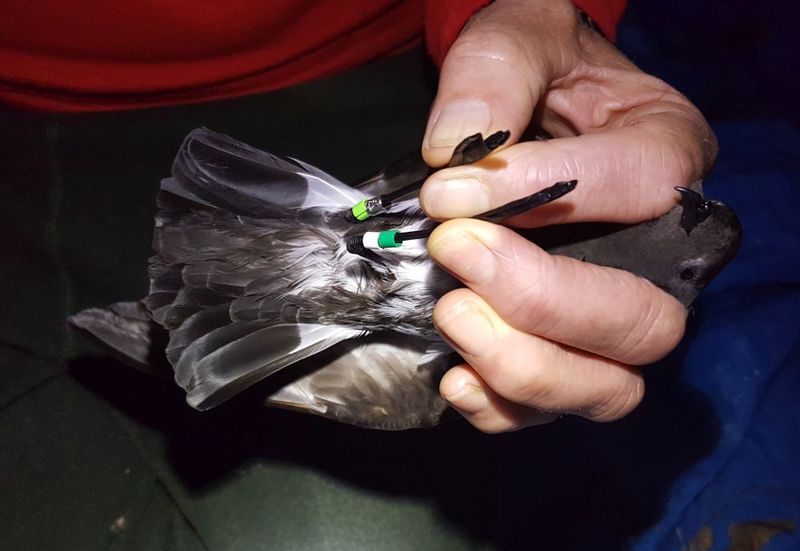 The brightly coloured plastic bands on this bird's leg will enable it to be individually identified when it is seen at sea. Photo Alison Ballance 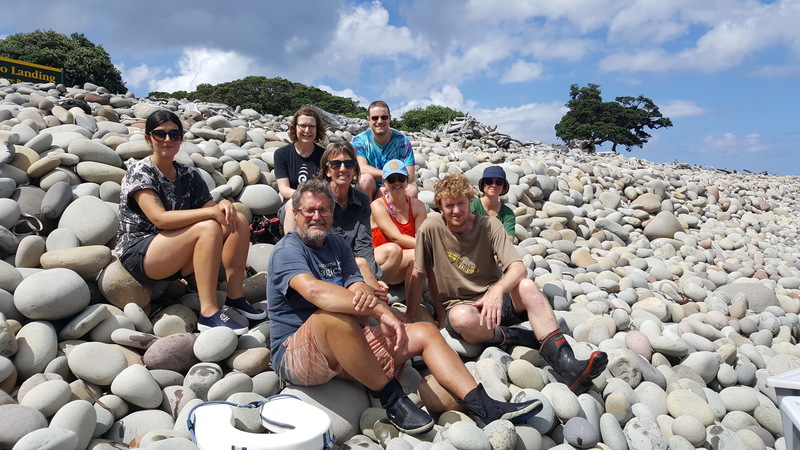 Some of the many seabird biologists from different institutions who volunteer their time on the NZ storm petrel project. Photo Alison Ballance 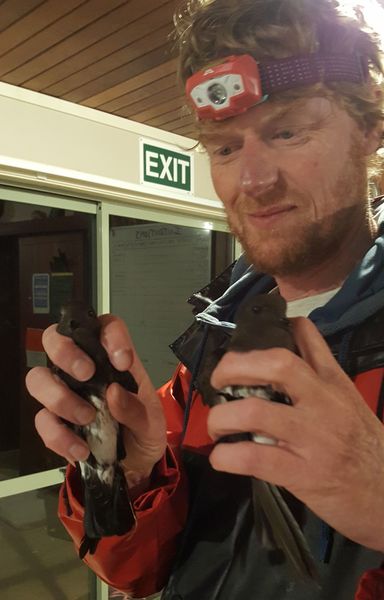 A busy night at 'the lights' - Alan Tennyson with 2 NZ storm petrels ready to be banded. Photo Alison Ballance 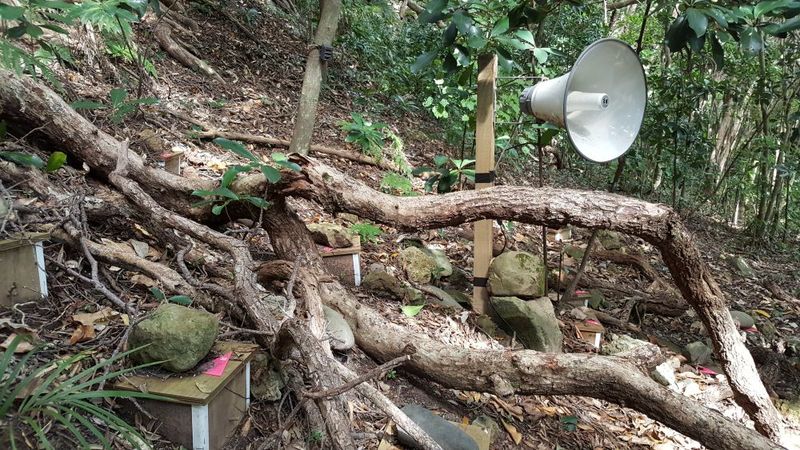 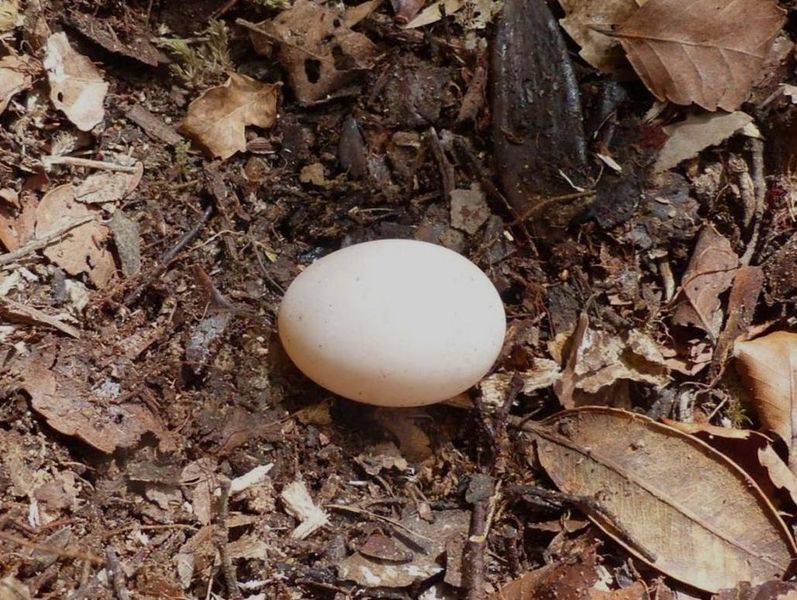 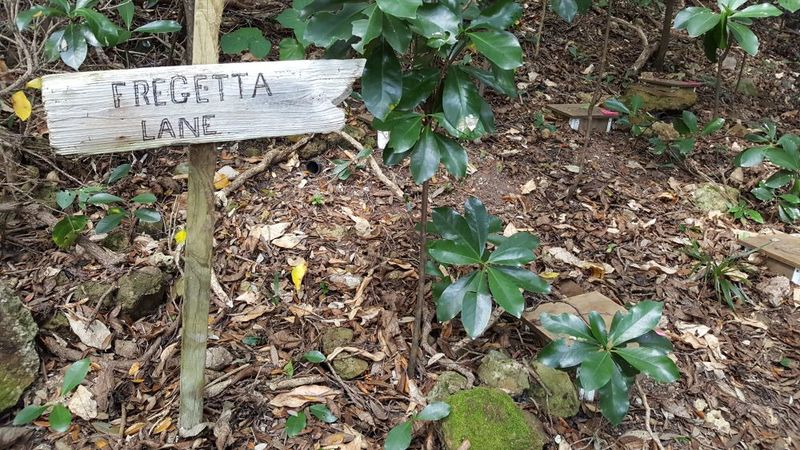 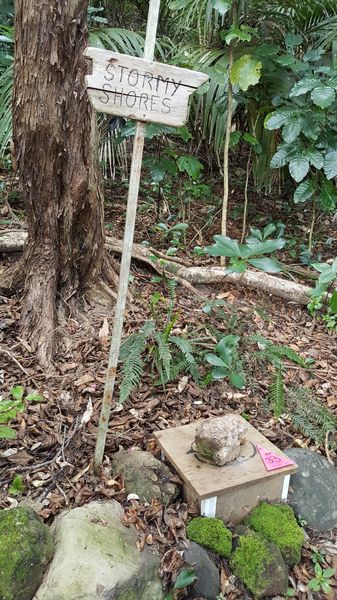 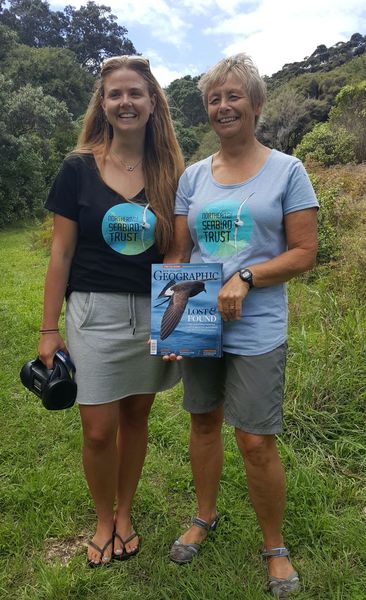 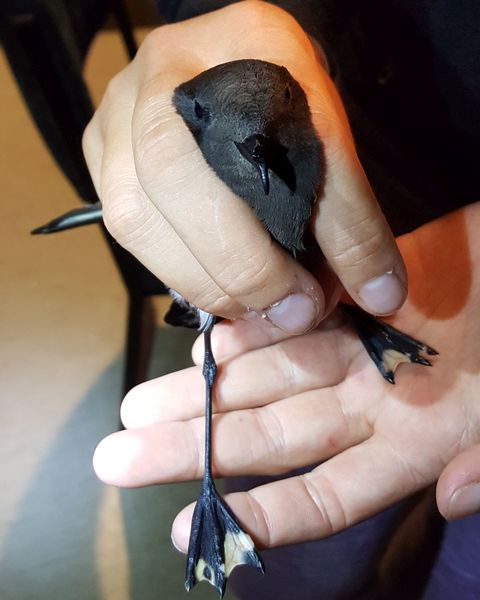 To catch a storm petrel

A repetitive yapping carries across the dark grassy flats, joined by the occasional sharp volley of a kiwi and a constant background chattering of yek-yek-yek.

A wide spotlight beam shines up into the night sky as two narrow torch beams slash back and forth like a Star Wars lightsabre fight.

The two torch bearers run back and forth, keeping a close watch on a small dark fluttering shape that is being drawn helplessly toward the light. It’s a New Zealand storm petrel, and suddenly it gently crashes onto the grass where it sits for a second before a hand descends to pick it up.

The little bird is swiftly slipped into the quiet security of a dark cloth bag, and passed to another waiting hand.

Panting from the exertion of the chase the two torch bearers return to a line of empty deck chairs and resume staring at the starry sky.

It’s then returned to the bag for a short walk to nearby forest, where it is gently placed into a small tunnel leading to a wooden nest box nestled amongst rocks and leaf litter.

The New Zealand storm petrel scuttles up the long tunnel and settles in the darkness. Sometime later, in the early hours of the morning, it will leave, flitting away through the gloomy forest and out to sea. 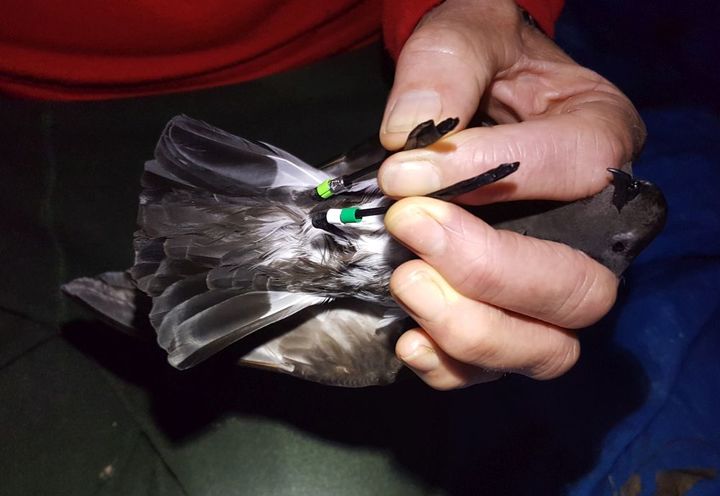 The New Zealand storm petrel is our smallest seabird, and one of the most mysterious. For the past 14 years it has been the focus of an intensive research project, led by Chris Gaskin from the Northern New Zealand Seabird Trust, and Matt Rayner, a seabird biologist at Auckland Museum.

Through the 20th century the New Zealand storm petrel was thought to be extinct. It had only ever been known from three museum specimens, the last of which had been collected in 1895. Then, in 2003, it was dramatically rediscovered in the Hauraki Gulf.

The Northern New Zealand Seabird Trust began a long search to find where these birds were breeding. They caught storm petrels at sea, fitted them with miniature radio transmitters and tried to track them.

Finally, in the early autumn of 2013, they hit pay dirt. In a steep valley on Hauturu / Little Barrier Island they discovered a breeding colony.

It was the first time ever that New Zealand storm petrel eggs and chicks were seen – just three chicks in four nests over two years. 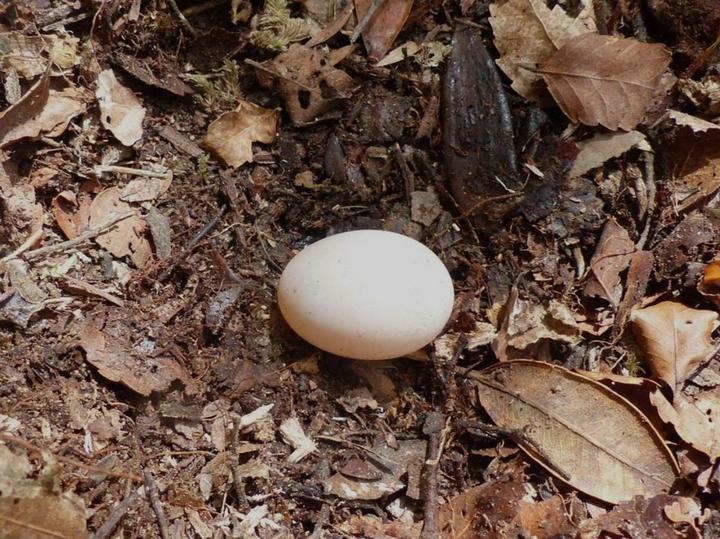 Every summer since then a team of volunteers, from places as varied as Landcare Research, the Department of Conservation, AUT University, the University of Auckland and Auckland Museum, as well as overseas, have spent five or six weeks on Hauturu, trying to find out more.

Petrels are attracted to light, and to the sounds of their own species so the researchers have been using a sound and light show to catch and band birds. 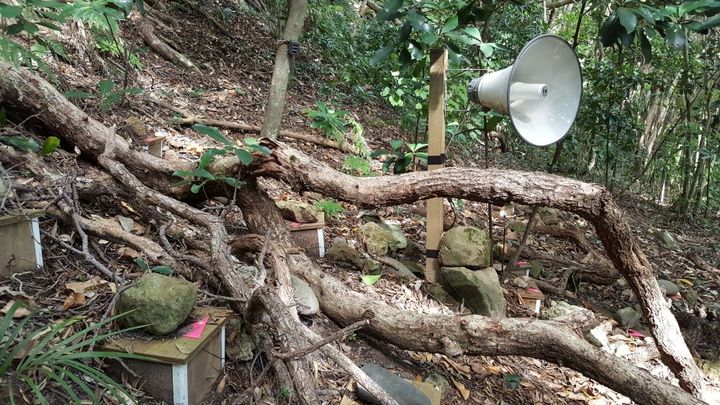 The artificial colony includes wooden nest boxes, designed with storm petrels in mind, as well as a speaker to play recordings of their calls Photo: RNZ / Alison Ballance

The one known natural breeding site for New Zealand storm petrels is very fragile, so in 2015 the team decided to try and create a new, artificial breeding colony using wooden nest boxes that would enable them to easily study the birds in an accessible location.

Gaskin says the recordings simulate the sound of a busy seabird colony. He likes to think of it as a night club for young unattached birds looking for a partner.

And this particular night club has just notched up its first success. At the time of writing, a pair of New Zealand storm petrels have been incubating an egg in a nest box located directly under the speaker, for just over a month. The egg is due to hatch any day, and when it does it will mark a milestone for the new colony.

That New Zealand storm petrel chick – like all its petrel and shearwater relatives – will live in two worlds. Most of the time this delicate, long-legged flier will be out at sea, dealing effortlessly with strong winds and huge waves.

Then, for a few weeks each year, it will come ashore to breed, either in a nest box or in a small underground nest chambers dug between rocks into the thick soil of Hauturu / Little Barrier Island. Here, it will court, mate, and lay its single egg.

The parents will take turn incubating for a month until the egg hatches, and then another three or so weeks rearing the chick until it is fully feathered and able to fly.

In two to three years, this new chick will also return to the place of its birth to breed.

Gaskin says it is almost a miracle that that New Zealand storm petrel didn’t go extinct. It survived on Hauturu despite rats and cats. The fact that it took until 2003 to be seen suggests its population was very small.

The eradication of cats in the 1980s and then rats in 2004 probably saved the species. Now the researchers believe that the large numbers of birds they catch – 113 this summer alone – indicates a growing healthy population.

To find out more about the rediscovery, listen to this Our Changing World story, recorded with Chris Gaskin and others in the storm petrel colony on Hauturu / Little Barrier Island, the year they discovered the breeding area.

And Chris wrote a great article, Lost and Found, for New Zealand Geographic. 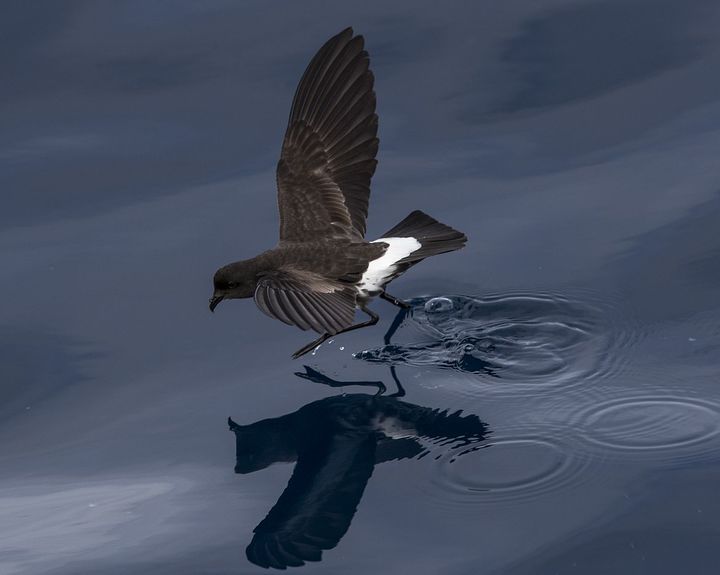