Predator-free in the city

Kaka. Tieke. Hihi. Just some of the rare native birds that are taking up residence in central Wellington, thanks to the efforts of some enthusiastic human neighbours, who are doing their best to keep a local reserve pest-free. 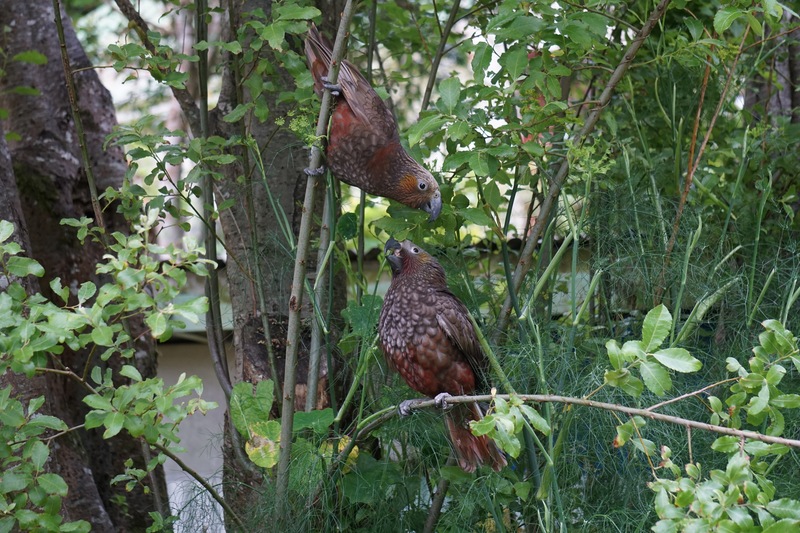 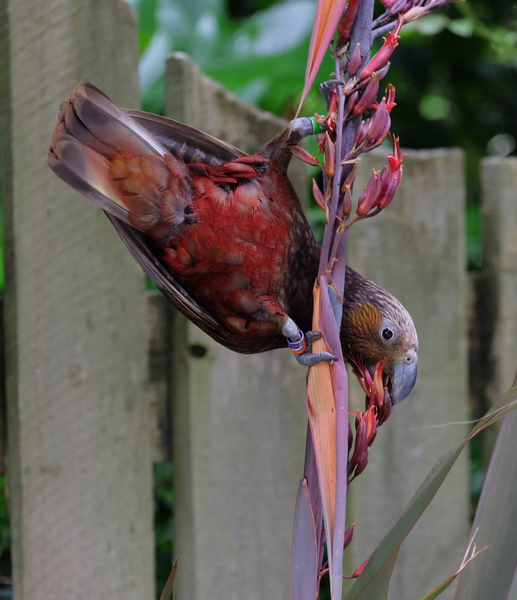 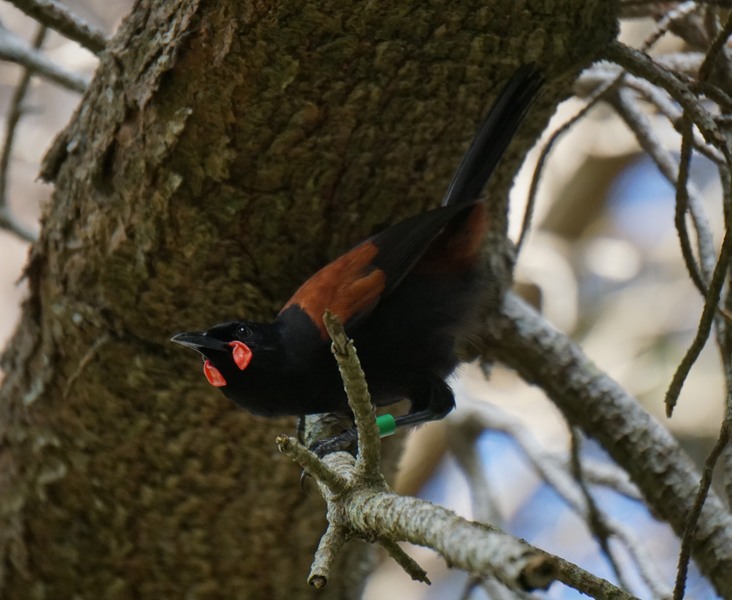 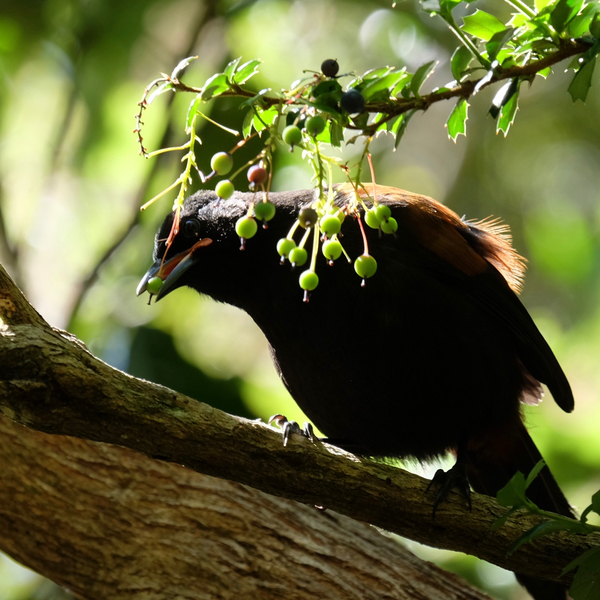 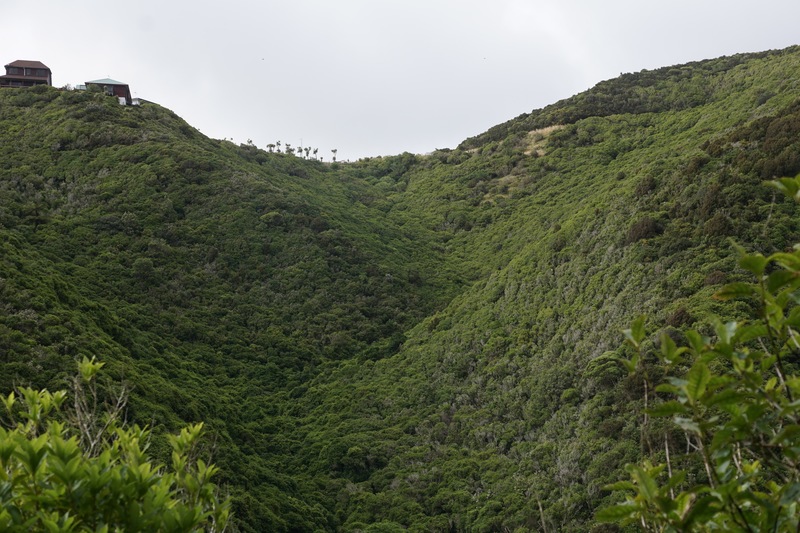 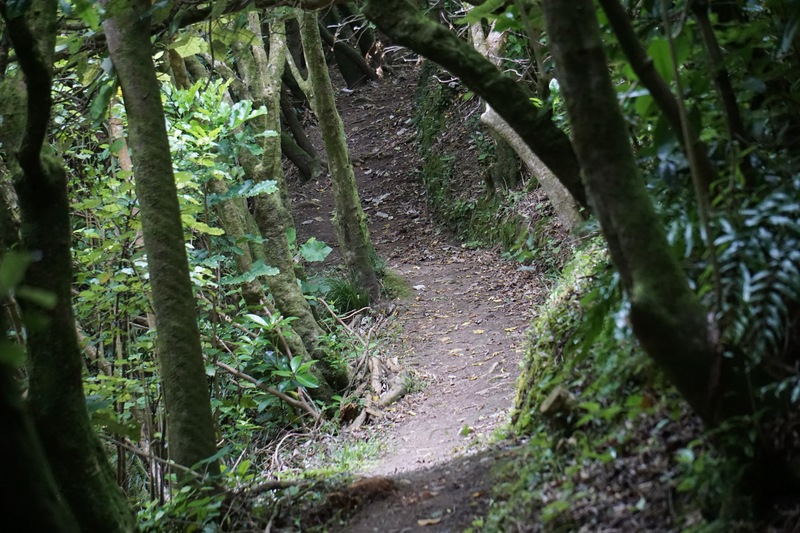 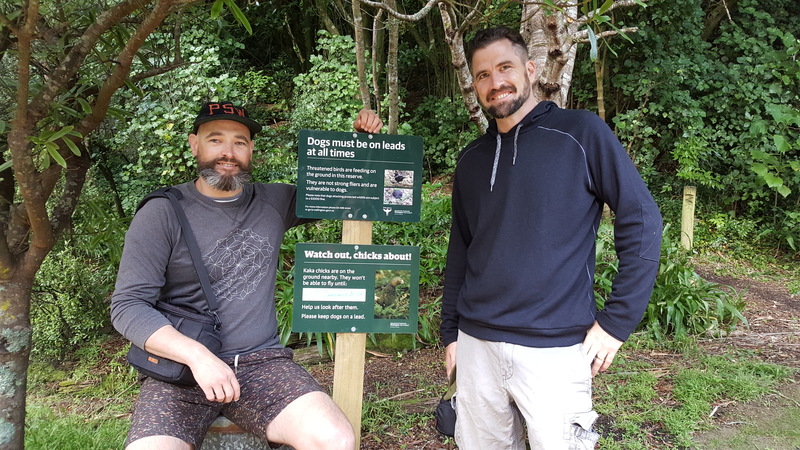 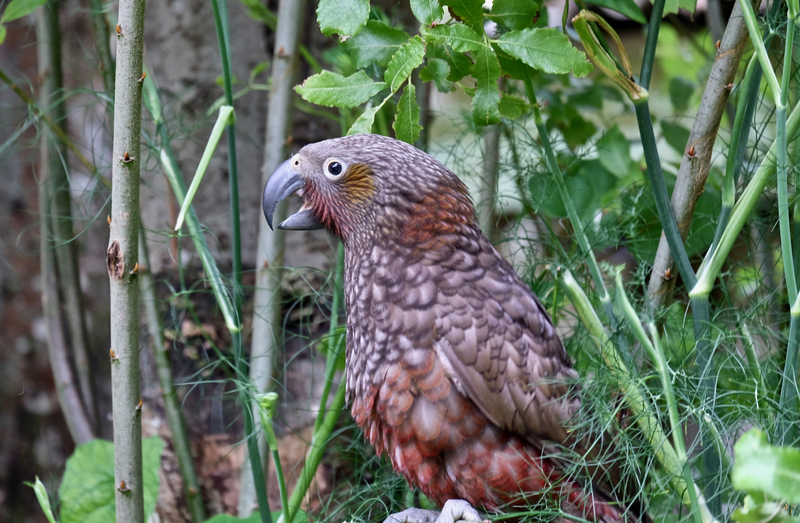 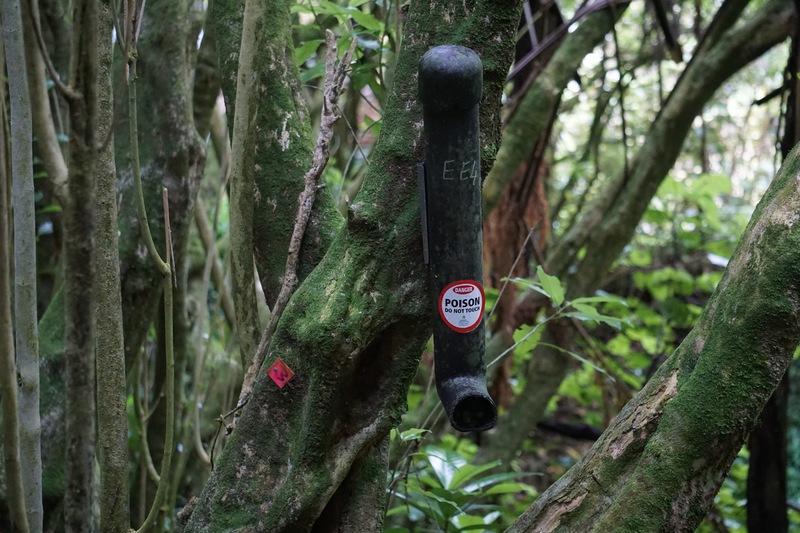 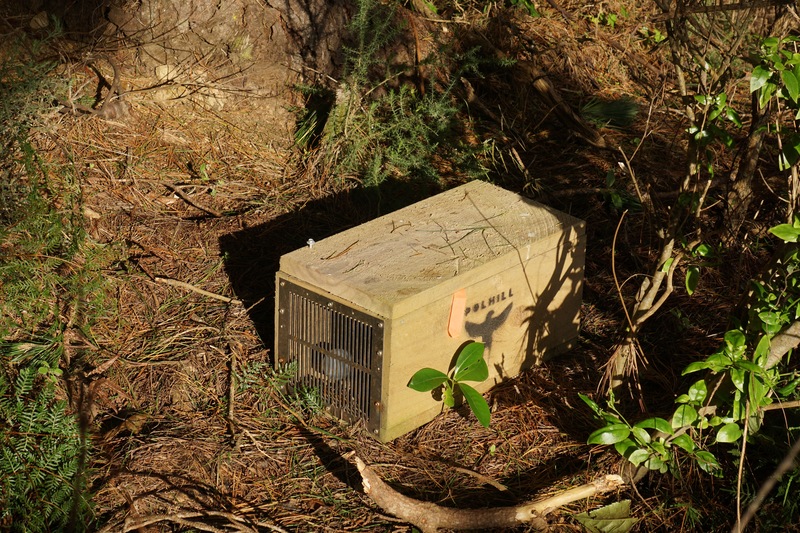 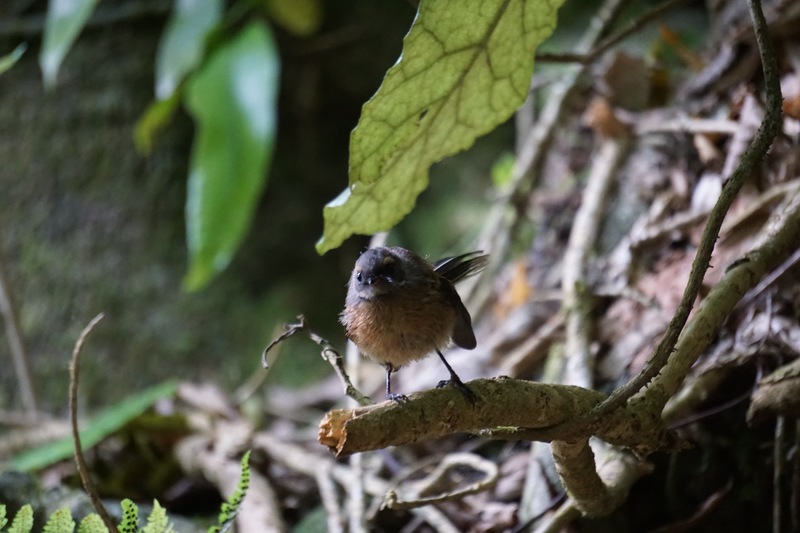 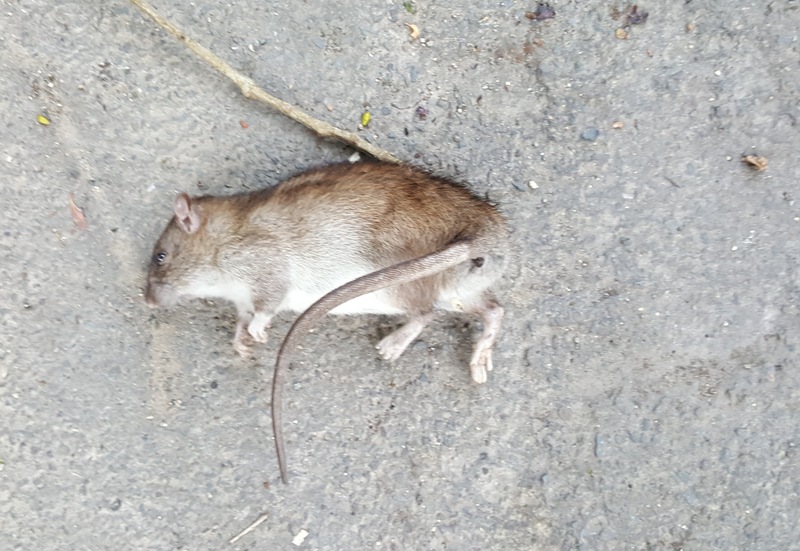 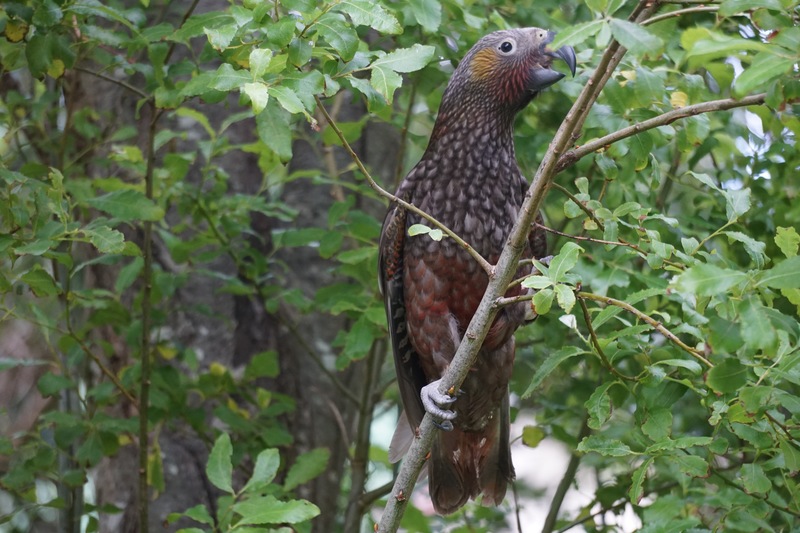 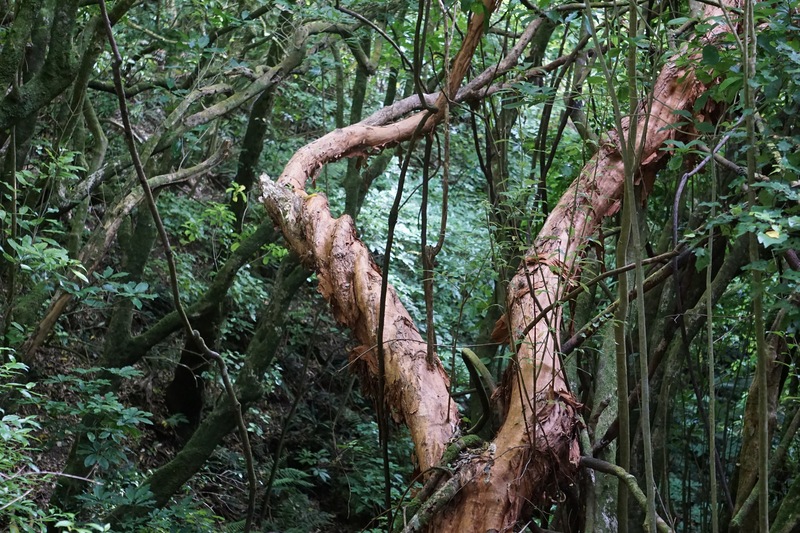 Zealandia sanctuary is the natural heart of Wellington. Since its predator-proof fence was erected more than 16 years ago threatened bird species, long missing from the city, have been reintroduced.

Kaka, tieke or saddlebacks, pōpokatea or whiteheads, and hihi or stichbirds have all blossomed inside the sanctuary – and are spilling out into the surrounding suburbs, in what’s known as 'the halo effect'.

Polhill Reserve, at the top of Aro Valley, is right next door to Zealandia and its regenerating bush is first port of call for many of the adventurous birds.

Luckily for them, Paul Ward and many of the walkers, runners and mountain bikers that regularly use the multi-use trails in the reserve are doing their bit to ensure the bush is free from introduced predators such as rats and weasels.

The Polhill Restoration Project – which Ward describes as very much a 21st century conservation group, with a strong presence on Facebook – has installed a network of traps, which are easy for people to check.

“If you look at any one of these animals, like a kaka or a tieke, they face a whole range of threats” says Ward. “Rats, possums, mustelids, getting hit by a car, disease, bad weather, bad luck, and then cats and dogs would come into that mix as well. So a place like Polhill, which is in the ‘halo’ of Zealandia is really an experiment to see if some of these manu taonga, these rare bird treasures, can live with us again.” 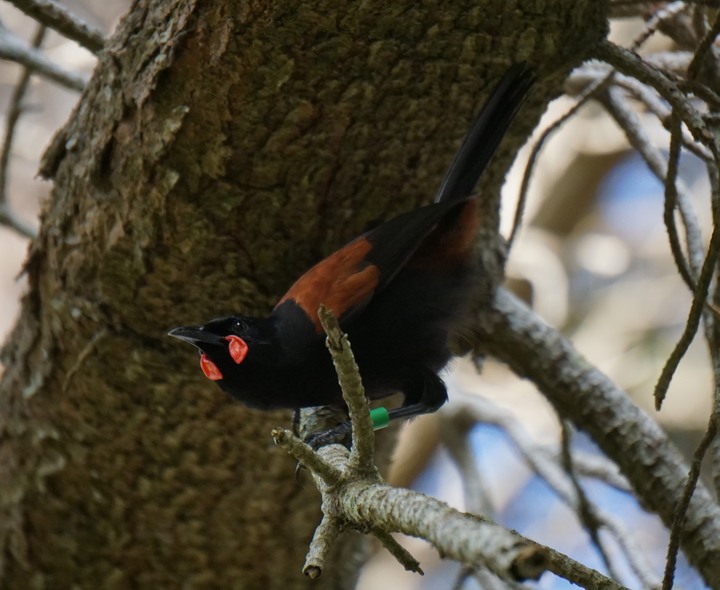 So far the experiment is working, with a number of kaka and tieke nests over the past three years successfully producing chicks. This summer, for example, a pair of kaka that nested almost at ground level just metres from the end of a road fledged a healthy clutch of five chicks.

Kaka chicks are especially vulnerable when they first leave the nest, as they can’t yet fly, and spend most of their time on the ground or in low bushes.

It’s not all plain sailing for these urban natives. Ward has heard of several cases where domestic cats have killed tieke, as has an off-leash dog.

He says there are often robust conversations on the project’s Facebook page about cats and the risk they pose to birds, and he hopes that over time some of the local cat owners may decide not to replace a loved pet when it dies. Meanwhile many dog owners have responded well to encouragement to keep their dogs on a leash when they’re in the reserve. 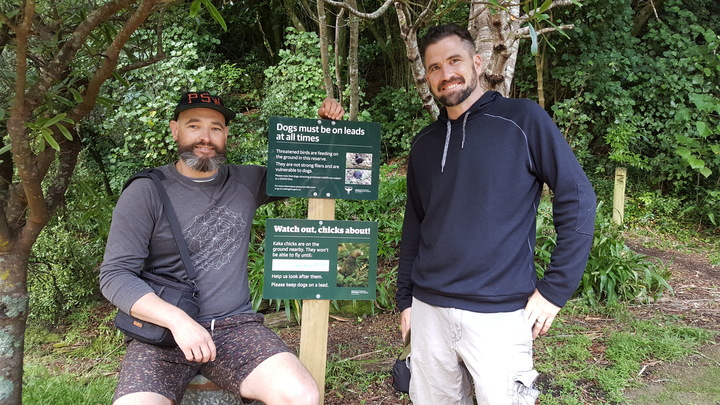 Paul Ward and Tim Park next to signs installed by Wellington City Council letting people know about rare birds in Polhill Reserve and asking them to keep their dogs on leashes. Photo: RNZ / Alison Ballance

Ecologist Tim Park, from Wellington City Council says that community trapping and backyard conservation groups are springing up all over town.

“Polhill is one of about 50 groups that we’ve got across the city now, doing animal pest control,” says Park. “And there are about 140 [community conservation] groups in total in Wellington doing restoration work, which is huge.”

He says there is also a growing trend for predator-free communities. Various suburbs have been inspired by the success of Kelvin Hastie, who helped make Crofton Downs rat–free by encouraging residents to put rat traps in their back yards.

“What the sea-change has been is collective action. Working together … and changing the nature of our suburbs.”

In 2016, the New Zealand Government announced Predator Free New Zealand 2050, an ambitious plan to roll out local efforts and successes like Polhill across the whole country.

Park believes that Wellington is in a really good position to respond to the challenge of becoming predator free.

“The big challenge now is thinking about eradication, not just suppression,” says Park. “It is getting rid of everything, so how do we do that effectively ... in a living, working, playing landscape?”

Paul Ward believes it is possible – and his hope is that one day kiwi will be able to live in reserves such as Polhill.