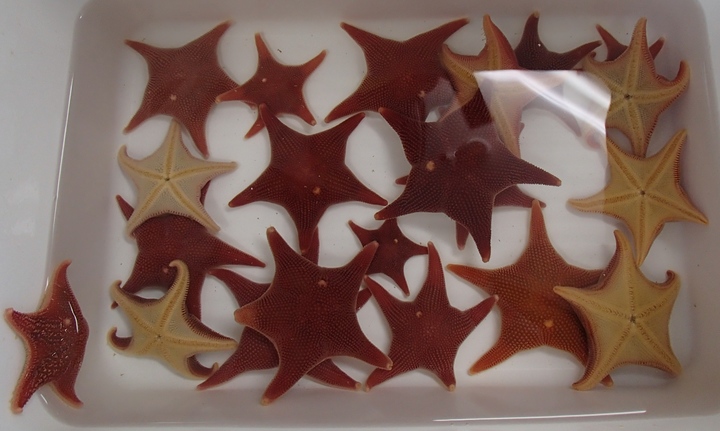 It was a milestone year. In 2016, rising levels of carbon dioxide in the atmosphere measured more than 400 parts per million for the entire year, for the first time in more than 4 million years.

These increasing levels of atmospheric carbon dioxide, combined with an El Nino weather pattern, meant 2016 was the hottest year on record.

Large amounts of carbon dioxide have also been absorbed by the world’s oceans, which has had the effect of increasing its acidity.

While carbon dioxide levels vary naturally, they do so slowly over long periods of time. The current rapid rate of human-induced change is unprecedented, and looks set to have profound impacts on the functioning of ecosystems and the survival of species. And Antarctica is one of the places where these impacts will first start to show.

The impact is expected to be large here as Antarctic species are slow-growing and long-lived, partly because food is scarce. 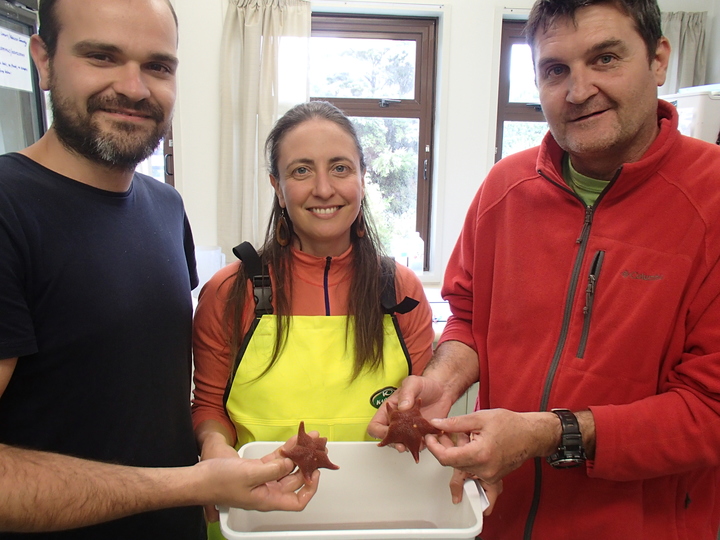 How well will Antarctic starfish cope with climate change?

They are focusing their research on a predatory starfish called Odontaster validus, which is common on the seafloor in McMurdo Sound, near New Zealand’s Scott Base. The biology of the starfish is well-known, which makes it an ideal study animal.

In a rapidly changing world, plants and animals have three options. They can acclimate, and physically adjust to the new conditions. They can adapt, making genetic changes that suit the new reality. Or they can die.

Over an 18-month period, Lamare and Garcia are tracking 600 starfish, which are living in temperature-controlled tanks at the Portobello marine laboratory, near Dunedin. The starfish are subject to different temperatures and pH, and are fed varying amounts. Over time, their vital statistics will be collected to see how well they are adapting. 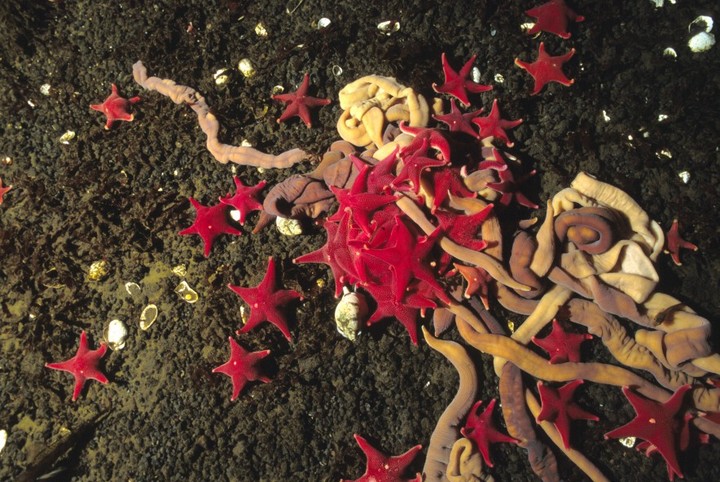 Can parents help their offspring?

As well as studying the adults, the team is very interested in seeing whether the offspring of these starfish might be better adapted to the changed conditions than their parents.

They are keen to find out if transgenerational plasticity, or TGP, is having an effect. TGP occurs when the young starfish inherit phenotypic, or physical, adaptations that enable them to better respond to changed conditions.

There are two ways that transgenerational plasticity might occur. The adults may simply invest more in their eggs, to ensure they are as fit and healthy as possible, perhaps even adding protective proteins. The other option is that epigenetics may alter the way genes work, a process that happens through DNA methylation. The basic DNA of the genes isn’t changed, just the way genes are expressed.

By the ends of the experiment, Lamare and Garcia hope to understand whether transgenerational plasticity could play a role in helping Antarctic species beat the effects of climate change - warming waters and ocean acidification - by ensuring their offspring are better adapted for it.

Our Changing World recently featured NIWA's ocean acidification research in coastal seas, University of Victoria research on sponges on the Great Barrier Reef, Australian research on assisted evolution and whether it could help coral reefs, and produced a special feature called The Acid Test, which showed that some species will be losers but others will be winners in a more acidic ocean.

60 years of science at Scott Base

Scott Base and Antarctica New Zealand are celebrating 60 years of science on ice this year.

In 1958, the Commonwealth Transantarctic Expedition crossed Antarctica via the South Pole, with Sir Edmund Hillary leading the famous 'dash to the Pole' on Massey Fergusson tractors. The preparations had begun many months earlier, and in January 1957, the New Zealand contingent had just finished building Hut A, aka Hillary Hut, which still stands at what is now Scott Base.

1957 was also International Geophysical Year, which set a firm foundation for science on the Frozen Continent. You can find out more about Antarctic science in the Our Changing World Antarctic story collection.