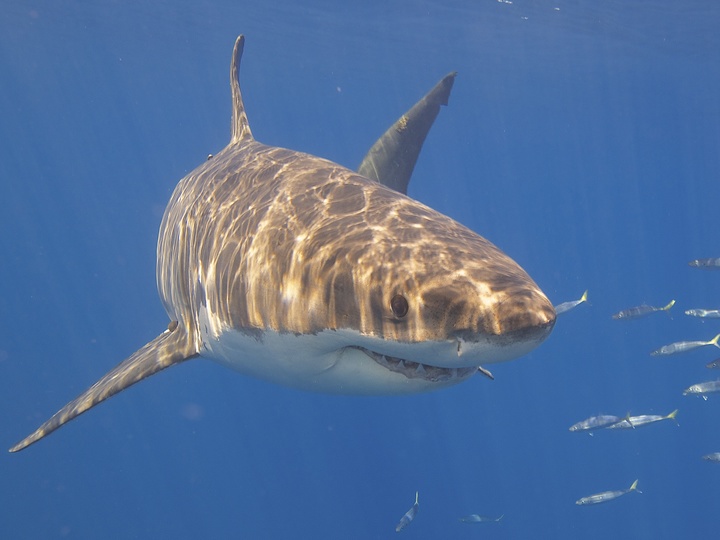 “It was 30 years ago that I first set eyes on a great white shark and dissected it to get biological samples … In those days we knew very little about white sharks.”
Barry Bruce, CSIRO, Australia

Today, Barry Bruce knows more about Australia’s great white sharks than anyone else. That knowledge is the result of decades of meticulous research, which began with opportunistic dissections of dead sharks that had been caught by fishers.

Barry wanted to know about live sharks and their behaviour, but for many years the only tool he had was a simple numbered plastic tag. These tags were attached to sharks, which were then released. If the tag was later retrieved it gave two pieces of information about the animals – where they were tagged, and later, where they were killed. 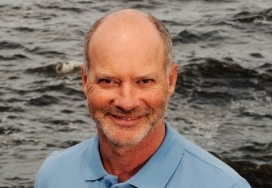 Then in 2000, the tagging revolution began. CSIRO engineers built some of the first electronic satellite tags for use on great whites in Australia.

“It was our first insight into what sharks did after you tagged them,” says Barry. “How far they went and how fast they swam.”

This has been a fast moving area of research. There were rapid improvements in the battery life of the tags, from just a few weeks to many months, and research groups around the world, including here in New Zealand, began developing and sharing techniques and results. 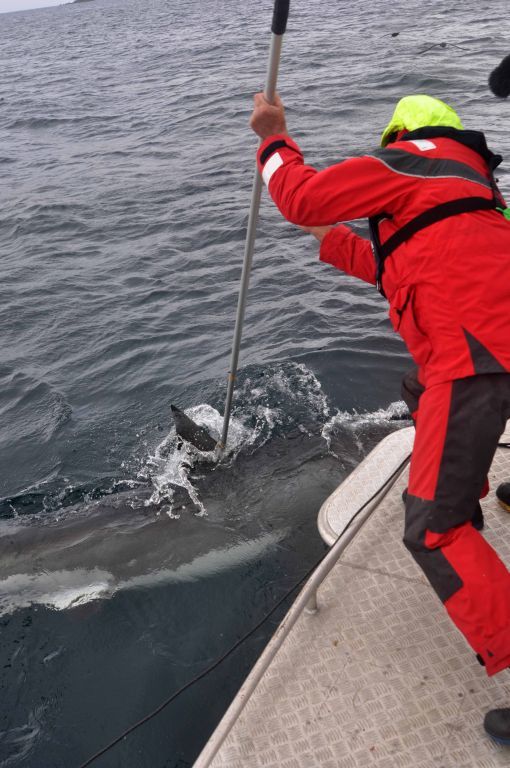 Malcolm Francis, from NIWA, has been collaborating with Clinton Duffy from the Department of Conservation, on great white shark research in New Zealand. A ten-year tagging programme of white sharks, mainly at Stewart Island, kicked off in the mid-2000s. It revealed that almost all the sharks travel to the tropics for a few months each year, with many of them visiting northern New South Wales and southern Queensland.

Barry Bruce reports that, in return, several white sharks tagged in Australia have been recorded travelling to New Zealand, which raises an interesting question: how closely related are the two shark populations?

Barry says that sharks tagged in Australia and New Zealand have also been tracked to the same area in the Tropics. “That’s this large area just [south of] the Great Barrier Reef … It’s really intriguing.”

As well as tracking the movements of white sharks, Barry, Malcolm and their collaborators have been collecting genetic samples, which can reveal the relatedness of individuals.

Barry says that genetic work is confirming a pattern in Australia’s white shark population that was first revealed by tagging. There are two distinct populations of great whites: one which lives in the waters off southern and western Australia, and another which lives off eastern Australia.

And it turns out that there are genetic connections between white sharks from the east Australian population and New Zealand.

Malcolm offers a word of caution, though. “At the moment we think they’re the same population. But you don’t need very much interbreeding to homogenise the genetics, though. You might only need a few animals to cross over and breed with animals on the other side of the Tasman Sea to make them look like the same populations.”

Barry says that the “number of sharks we’ve actually tagged is still pretty low. I’m pretty sure that we tag more sharks we ‘ll start to understand the dynamics of this connectivity a little better.”