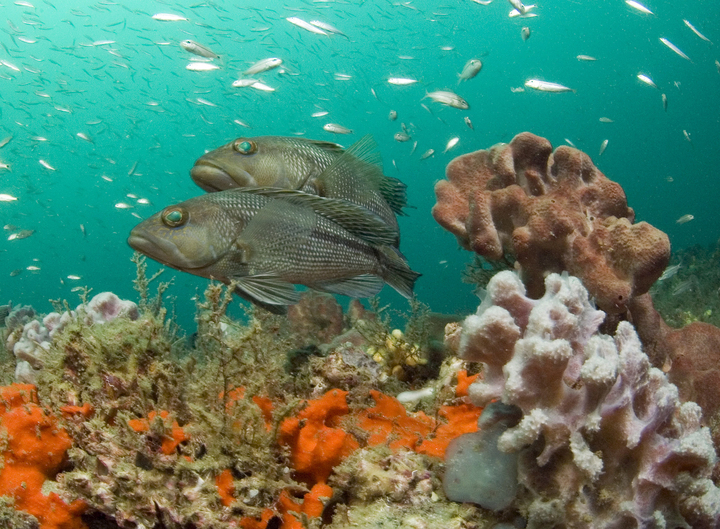 Sponges, such as the orange ones in this photo, may become more common as climate change begins to impact the world's coral reefs. Photo: CC BY 2.0 NOAA

Climate change is dealing life in the world’s oceans a double blow of acidification and warming, says marine biologist James Bell at Victoria University of Wellington.

But it’s not all bad news. New research suggests that some sponges may fare rather well in the future, and James thinks that some coral reefs will become much more dominated by sponges.

Earlier this year, for example, the Great Barrier Reef experienced a significant coral bleaching event following a sustained period of higher than normal water temperatures. The coral bleaching was caused by photosynthetic algae, which live inside the coral polyps, leaving the coral.

But what is bad for some may be good for others. Previous research into the impacts of ocean acidification has shown that there will be ‘winners’ and ‘losers’.

“We’re trying to figure out what reefs will look like and how they’ll work in a hundred years’ time.” 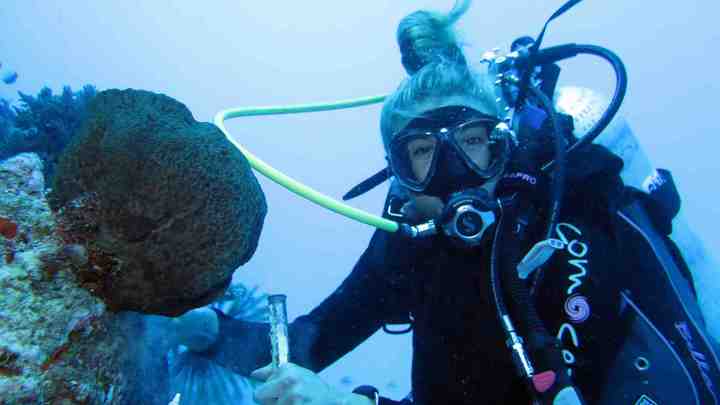 While research has often focused either on the impact of rising water temperatures or increasing ocean acidification, new research by James and PhD student Holly Bennett has been looking at the combined effect.

“Having combinations of stresses on organisms has different impacts than what one stressor does.”

Holly has been working with Nicole Webster at the recently constructed National Sea Simulator at the Australian Institute of Marine Sciences (AIMS), carrying out experiments on four species of tropical sponges collected from the Great Barrier Reef and brought into the simulator to study.

These sponges contain other organisms, particularly tiny cyanobacteria, which photosynthesise. 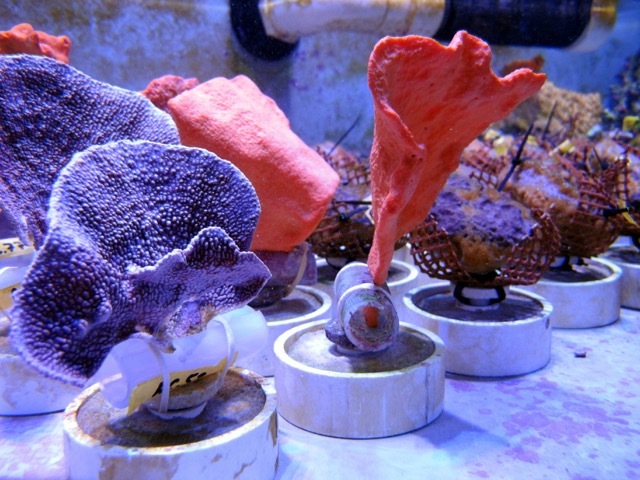 The experiments exposed sponges to a range of temperatures and acidity levels, reflecting the different scenarios that have been forecast in climate change models.

“When it comes to temperature, some of the worst scenarios for climate change are going to be just as bad for sponges as they are for corals,” says James.

However “some sponges may be winners' as increasing acidity seemed to have a slightly protective effect.

“One of the interesting things we found is that as we increased the temperature at the same time as increasing pH, we find that the negative temperature effect is not so bad.” This result seems to apply only to sponges that have cyanobacteria in them.

Another surprising finding of the Marsden-funded research is that larval and juvenile life stages were less affected than adults. 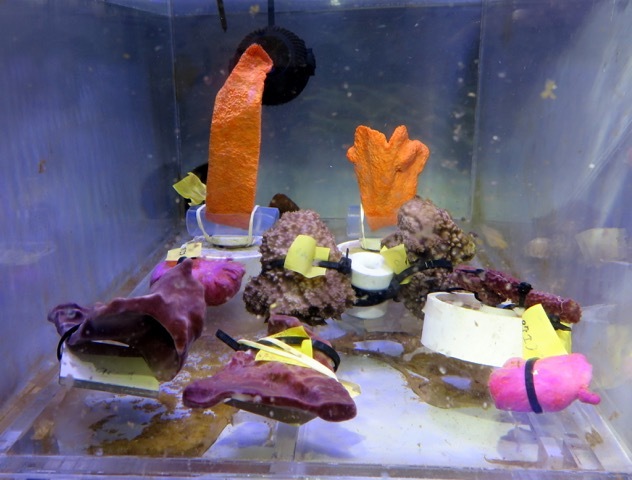