Takahē - back from the brink

Takahē numbers have reached 300, for the first time in more than 50 years.

It’s a milestone for the endangered bird, which has been the subject of a marathon conservation effort following its dramatic rediscovery in 1948. 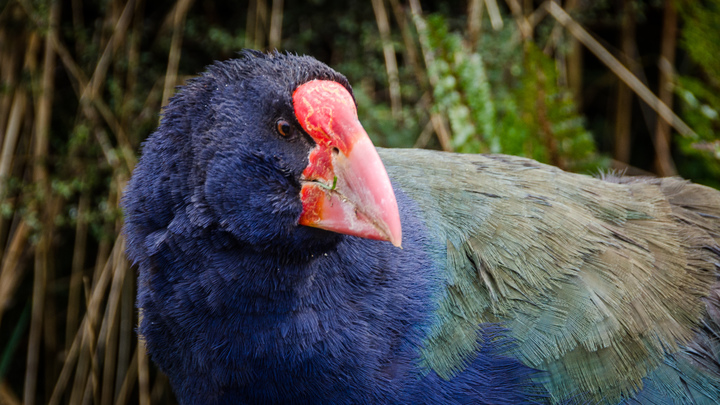 Takahe were considered extinct for half a century, until they were dramatically rediscovered in 1948. Photo: Kathrin & Stefan Marks CC BY-NC-ND 2.0 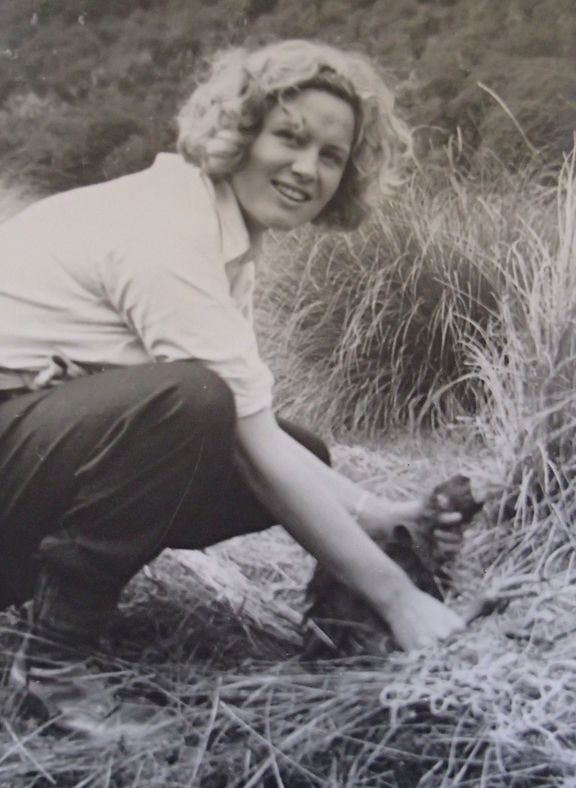 Joan Telfer (as she was then) with a takahe. Photo: SUPPLIED

Just four of the giant flightless rails were seen in the second half of the nineteenth century, and for the next 50 years most people assumed it was extinct.

Then, on 20 November 1948, a four-person party led by Invercargill doctor, Geoffrey Orbell, caught and photographed a pair of takahē on the shores of what would become known as Lake Orbell, in Fiordland’s Murchison Mountains. The news made headlines around the world.

Joan Watson is the last surviving member of the team that rediscovered takahē, and she remembers that day vividly.

“I looked down and there was the bird. I thought ‘I have to do my thing’. So I crouched down and grabbed it. I was almost throttling it – but I wasn’t going to let it go!”

“I was overwhelmed. We’ve got it! I couldn’t believe it.” 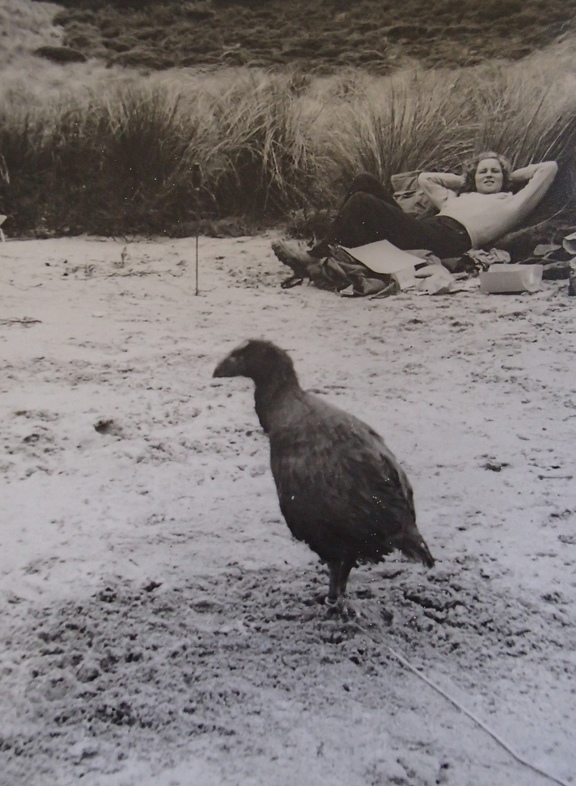 Joan Watson on the shore of what would become known as Lake Orbell, with one of the rediscovered takahe, in November 1948. Photo: SUPPLIED

The first indications that  Takahē Valley might be home to the mysterious Notornis had come at Easter, earlier that year. Dr Orbell, Neil McCrostie and Rex Watson, Joan’s late husband, were hunting in the Murchison Mountains. They made their way down to an un-named lake, where they shot a deer. While they were there Rex noticed some large footprints on the lake shore, and ‘Doc Orbell’ heard several strange calls that he couldn’t identify. They scratched the length of the footprint on Doc’s ever-present pipe, but the country’s leading ornithologists thought it was probably that of a white heron.

Dr Orbell wasn’t convinced, but it was a few months before the heavy winter snows cleared and he could organise a trip back to the valley. This time the party included Joan.

Time magazine wrote that we returned in ornithological ecstasy.

“We left at 3.30 in the morning,” says Joan. “We tied the boat at the entrance to the glow worm caves, and then climbed up and up through rock, windfalls, beautiful beech forest. It was a very difficult climb. It took about three hours.”

“Doc said ‘follow me and don’t talk, only hand movements.’ So we walked only a very short distance through the snow grass, and Doc crouched and put his finger up to say he could see one bird. So we were all crouching and peering, and through the snow grass I caught a glimpse of the bright red beak. Then he put two fingers up. And there was a mate, a pair.”

“He gave us orders – quietly – to put the netting in a semi-circle … and we slowly drove them into the net.”

“It was only half past nine. We couldn’t believe our good fortune. Time magazine [later] said that we returned in ornithological ecstasy. I love that.”

Dr Orbell knew that the rediscovery of this ‘extinct’ bird was world news, and after taking photos and some film of the birds the team returned to Te Anau and then to Invercargill to tell the local newspaper of their find. 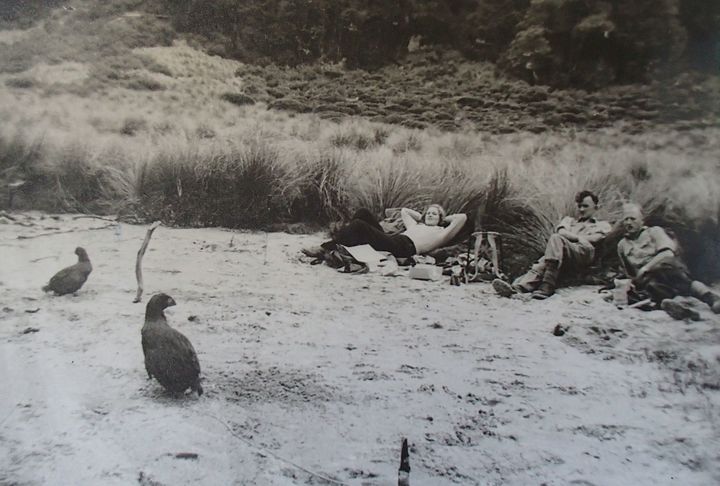 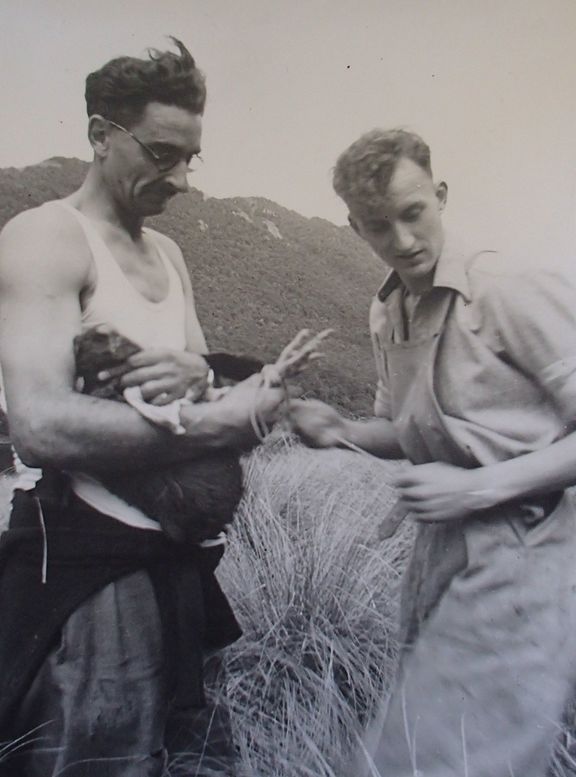 DOC takahē ranger Glen Greaves estimates there were between 200-400 takahē alive in the Murchison Mountains at the time of their rediscovery, but by the early 1980s their numbers had dropped to between 90-100 birds.

Glen says there was a lot of research over that time to try and work out why takahē numbers were declining, and it was believed to be a combination of predation by stoats and competition for food from red deer, not helped by cold winters with heavy snow falls.

Stoat predation can be particularly dangerous: in 2007, 40 percent of all wild takahē were killed by stoats, during a stoat plague that followed a southern beech mass seeding event in Fiordland. 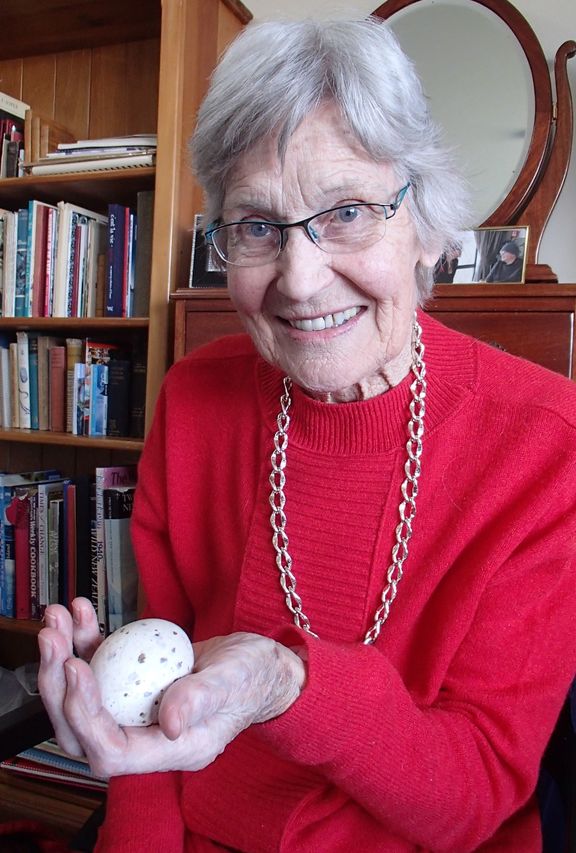 An innovative captive breeding programme for takahē began in the early 1980s, based at Burwood Bush near Te Anau.

Takahē can lay up to three eggs, but usually rear just one chick. So, DOC rangers would ensure that each takahē pair in the wold had a single fertile egg, and excess eggs were taken to the rearing centre to be hatched and reared. After a few weeks being fed with a glove puppet, to ensure the birds didn’t imprint on humans, the chicks would spend their first winter being looked after by several adult takahē .

The following spring the young birds were released into the wild in the Murchison Mountains.

In 2011 this programme was stopped, as research showed that captive reared birds weren’t as successful at rearing chicks as wild-raised birds.

These days about 19 pairs of takahē live outdoors in one-hectare predator proof pens at Burwood Bush, and raise their chicks there. DOC rangers still get rid of infertile eggs and ensure that the captive birds can raise as many chicks as possible. These chicks are then either returned to the Murchison Mountains or moved to secure islands or mainland sanctuary sites. 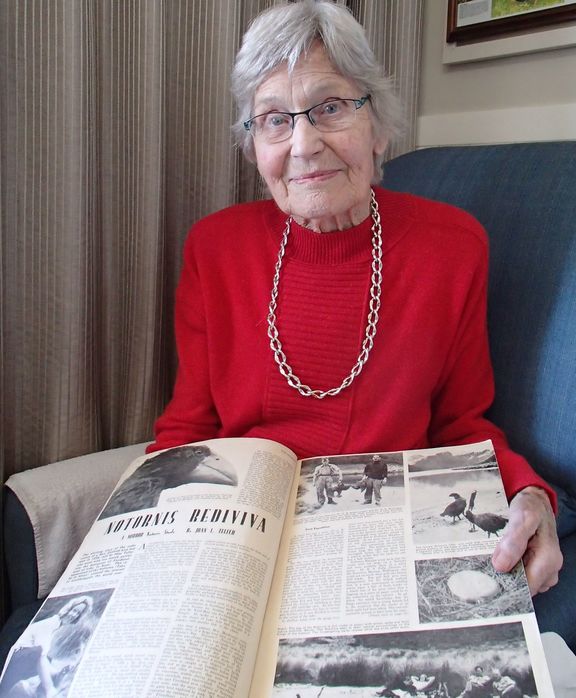 Joan Watson with an article she wrote for the London Illustrated News Photo: RNZ / Alison Ballance

Although takahē now live at 19 different sites, many of these can only support small populations. Glen says that the Takahē Recovery Programme is currently looking for a new wild site to establish a new large takahē population.

“What we are looking for is a large area of tussock country that has longer summers and less chance of misadventure [for the birds].”

There are many places around New Zealand where you can see takahē : for example, the wildlife park at Te Anau, Zealandia sanctuary in Wellington and Tiritiri Matangi Island, near Auckland, to name just three.

Footage of the 1949 expedition to study takahē in the Murchison Mountains (the first following rediscovery) from Archives New Zealand.