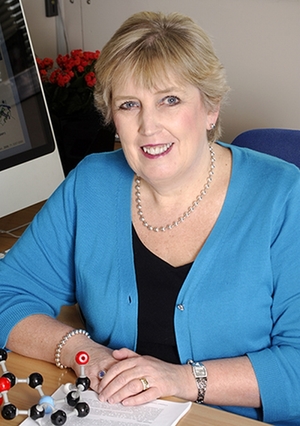 University of Auckland Distinguished Professor Margaret Brimble is this year’s winner of the prestigious Marsden Medal.

Professor Brimble has an international reputation for her work synthesizing bioactive natural products and novel peptides with wide ranging applications across the life sciences industry.

The award citation points to Professor Brimble’s discovery of Trofinetide (NNZ2566), a new drug for neurodevelopmental disorders, as an example of her work in this field. Trofinetide will be used to treat Rett Syndrome, a rare disorder affecting females and Fragile X Syndrome, an inherited cause of intellectual disability among boys.

Trofinetide is now being fast tracked into the marketplace by the US Food and Drug Administration; an extremely rare occurrence for medicinal drugs developed in university laboratories. Trofinetide is expected to be available in 2017.

In 2012 she was awarded the Rutherford Medal by the Royal Society of New Zealand. She was also awarded the 2012 Hector Medal and the 2012 MacDiarmid Medal.