It’s a story we hear time and time again in New Zealand – how people arrived here, and within 200-or-so years hunted different species to extinction. New ancient DNA and archaeological research from Nic Rawlence, Bruce Robertson and Justin Maxwell, at the University of Otago, shows that is exactly happened to a unique lineage of sea lions on the Chatham Islands. 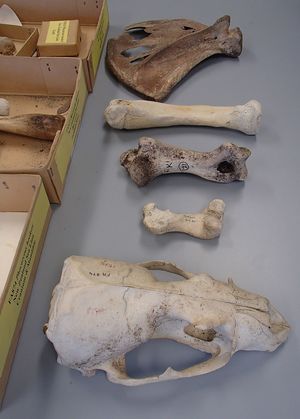 Archaeologist Justin Maxwell has been investigating Moriori settlement at the Chatham Islands. The earliest evidence for human settlement dates to 1450 AD, although Justin says people may have arrived earlier than that.

Evidence suggests that about 50 people settled the islands, and the human population grew to more than 2000. There were plentiful marine mammals, fish and other seafood as well as a good source of carbohydrates from the karaka trees that the Moriori brought with them to the islands. 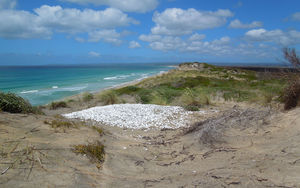 There is abundant evidence of sea lion and other marine mammal bones from sites that pre-date human settlement, and also in Moriori middens from 1450 to 1650. Previous work by Justin and others has showed that sea lions may have made up about half of the Moriori diet.

By 1650 the sea lion population – which Nic Rawlence thinks numbered once more than 50,000 – had been hunted to extinction.

Population modelling showed that a rate of hunting of less than one sea lion per person per year was enough to drive the once-large population to extinction.

Ancient DNA analysis has confirmed that the Chatham Islands sea lion was a distinct and previously unrecognized lineage. Another lineage of Phocarctos sea lion on mainland New Zealand was also hunted to extinction by Maori over the same time period, while the subantarctic New Zealand sea lion population survived later hunting by European sealers. 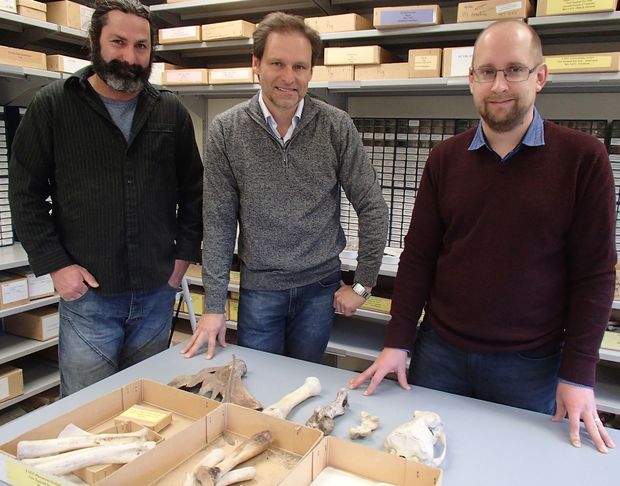 Using lessons from the past to manage modern species 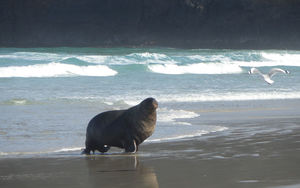 “The team’s computer models suggest that current reported and unreported [fishery] bycatch levels may be unsustainable for the long–term survival of the [endangered New Zealand sea lion, “ says Bruce Robertson. “Our study adds to the growing evidence that undetected sea lion bycatch may still be driving the decline of the species, something the government’s recently released sea lion threat management plan (TMP) dismisses.”

“Overall, this study is a great example of how ancient-DNA can be used to inform conservation strategies of currently endangered species”, says Nic.

“What our research shows is that human harvesting and sea lions do not mix. Unless measures are taken to mitigate continuing bycatch levels, the outlook for our sea lions is bleak”.

Previous work on the extinction of penguins and sea lions, by Jon Water and colleagues from the University of Otago, has appeared on Our Changing World.