In the last three years the seeds of more than 200 native species have been deposited in New Zealand’s native seed bank. And by the time they finish, the 'bankers' hope to have seeds from all 3000-or-so native plant taxa. 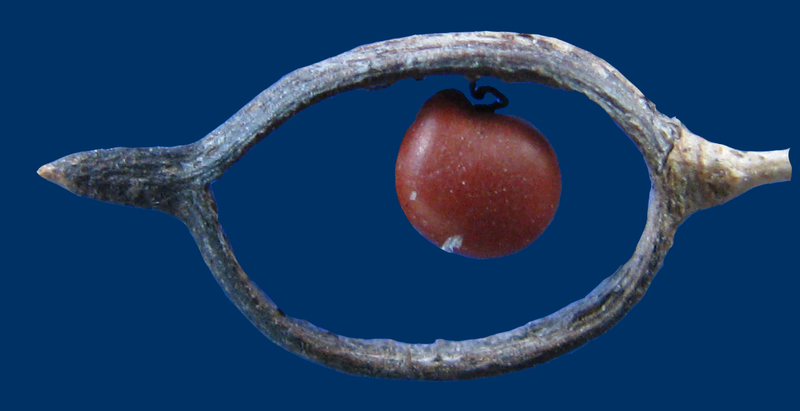 A native broom, or Carmichaelia, seed still attached to part of the seed pod - this species has a water impermeable seed coat and should store well. Photo Robert Southward / Massey University 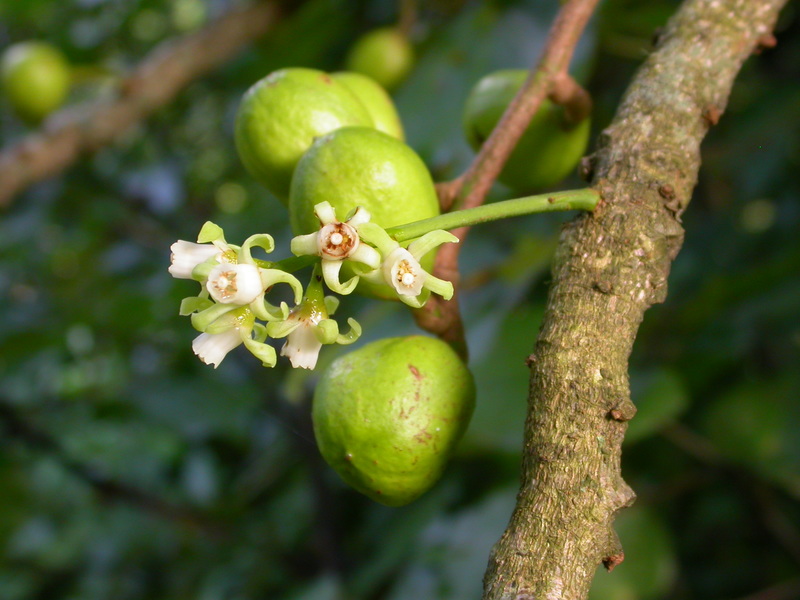 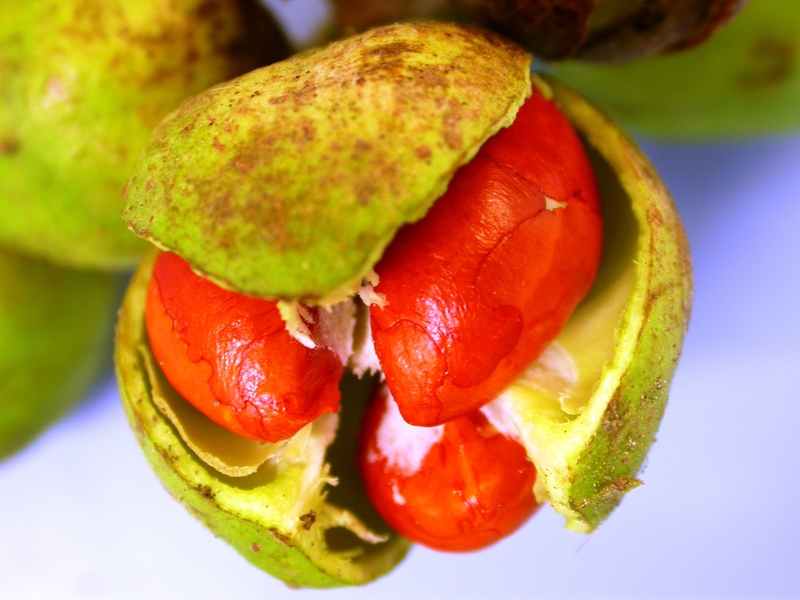 Kohekohe seeds are held inside a fleshy capsule, and are difficult to dry and store. Photo Robert Southward / Massey University 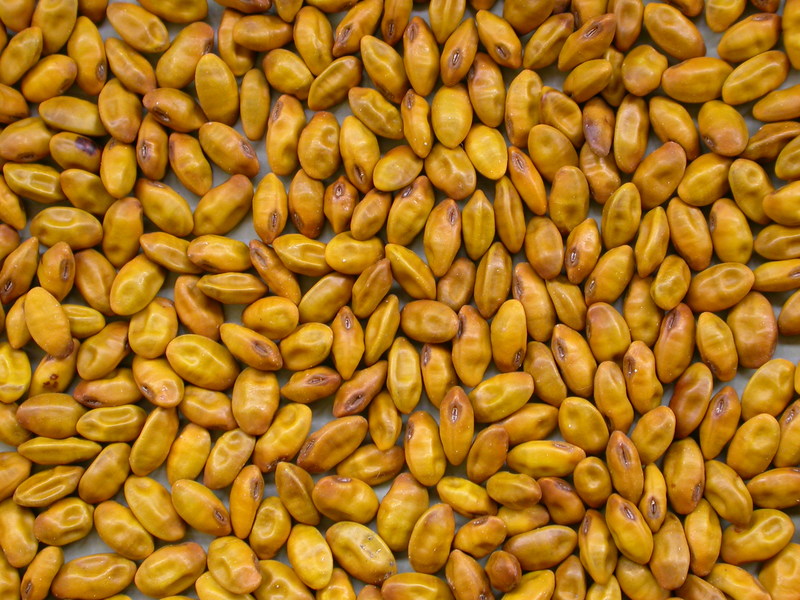 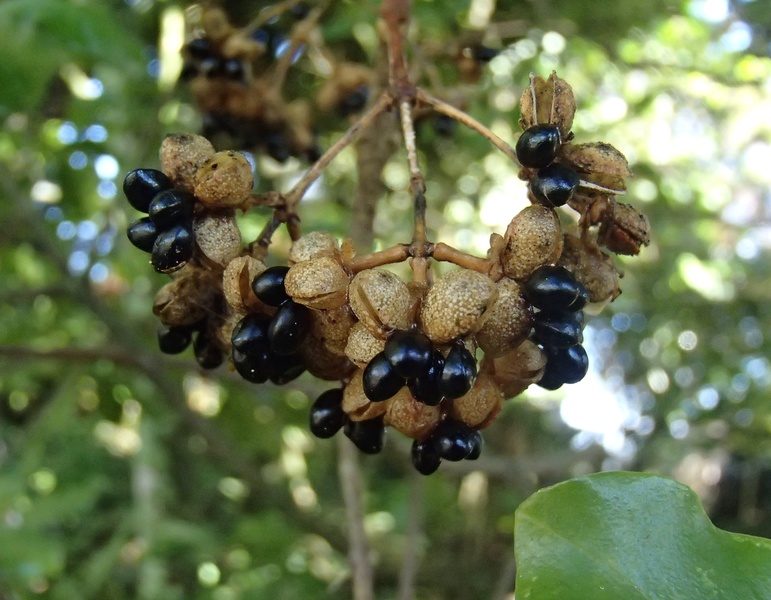 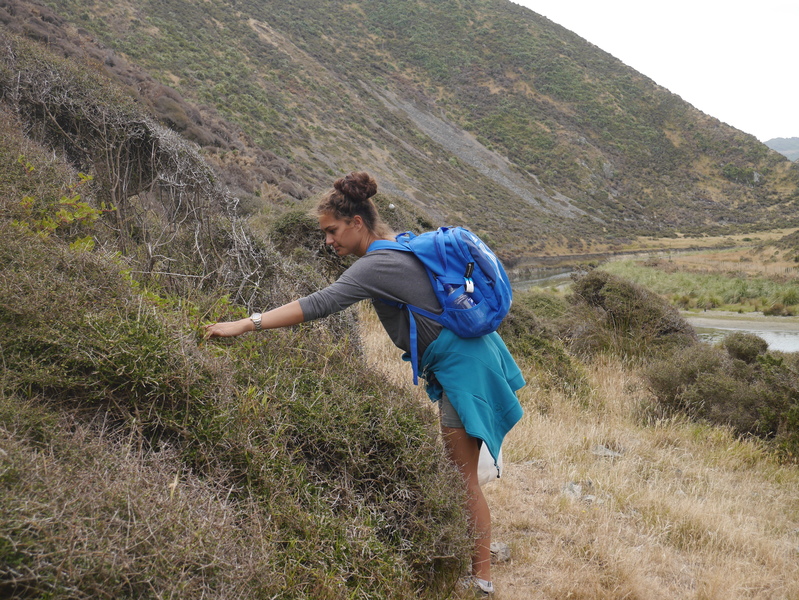 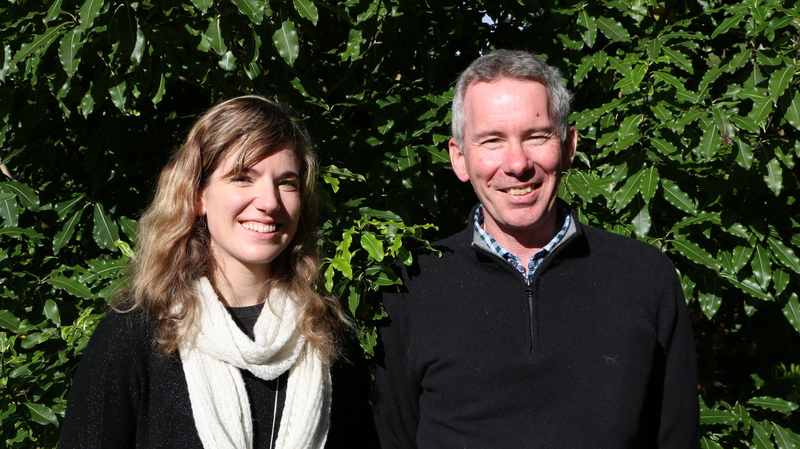 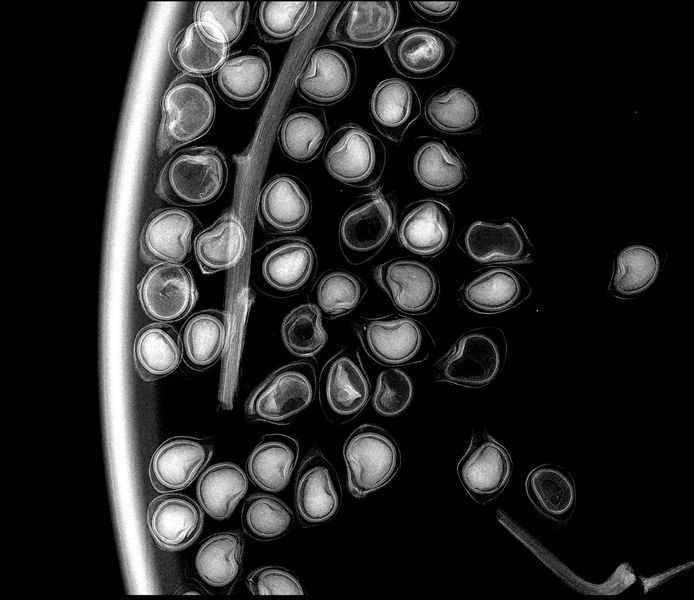 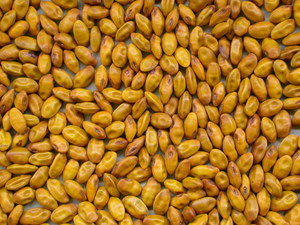 Drying seeds and putting them in long-term cold storage is an insurance policy and a way of conserving biodiversity.

The seed bank is run by Jessica Schnell and Craig McGill, from Massey University, along with growing numbers of trained seed collectors who work around the country.

A dedicated band of volunteers also work in the lab at Palmerston North, cleaning the tens of thousands of seeds that are collected each year.

Jessica is the seed bank coordinator and she says the busy time of year is from late summer to early winter, when most seeds ripen. Each year she targets about 80 different plants.

“I aim to collect 10,000 seeds for each species,” says Jessica. “But sometimes that’s not practical.” If plants are very rare, then Jessica says she tries to collect at least 500 seeds. 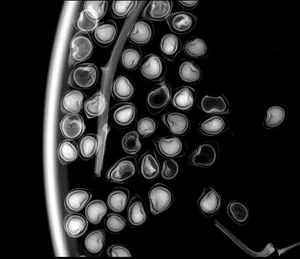 An x-ray of lowland ribbonwood, or Plagianthus regius, seeds. The white seeds are full and fertile, while the grey or dark seeds have been damaged or are infertile. Photo: Jessica Schnell / Massey University

To ensure the best genetic diversity in a collection of seeds, Craig says they collect from at least 50 different plants at a range of locations. They are also careful never to over-collect, which means in practice that they don’t collect more than 20 percent of the seeds on a single plant.

Back in the lab, the seeds are cleaned in fresh water and any fleshy coverings are removed. Then the seeds are taken to Agresearch to be dried, before being deposited in the Margot Forde Germplasm Centre, which is also New Zealand's national gene bank of grassland plants. The seeds are stored at -20° Celsius.

Before they are stored the viability of the seeds is checked using a small x-ray machine.

“The x-ray machine allows us to look inside the seed, and determine if it is full or empty, or if there is a predation problem. A lot of the seed we are collecting has been eaten by bugs or has larvae in it,” says Craig.

Soon after the seeds have been banked Jessica carries out a germination trial on some of them to ensure that the seeds are still viable. 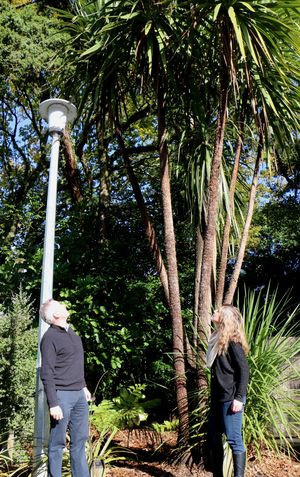 Not all native seeds can be stored. Craig says the fleshy mangrove seed is a good example of what is known as a recalcitrant or non-orthodox seed.

Jessica is spending a few months working at the Millennium Seed Bank in the UK trying to work out a way of drying and storing kohekohe seeds, which are another problematic species.

The New Zealand Indigenous Flora Seed Bank is a project to collect and store seeds from New Zealand flora. It builds on the Memorandum of Collaboration signed between the New Zealand Plant Conservation Network  and the Millennium Seed Bank, Kew. It was initially set up with funding from MWH New Zealand Limited, and also involves Agresearch, the Department of Conservation, Landcare Research and Massey University.

The grass and clover seed bank at the Margot Forde Germplasm Centre has featured on Our Changing World previously.