Weeds are a big problem in New Zealand, both in native vegetation, and on our farms and orchards. Now the Department of Conservation has declared a War on Weeds.

One of the worst offenders that has just been added to the Dirty Dozen is Darwin’s barberry. It doesn’t have a wide public profile, but is surprisingly weedy in some parts of the country, especially Otago, Southland and Wellington. 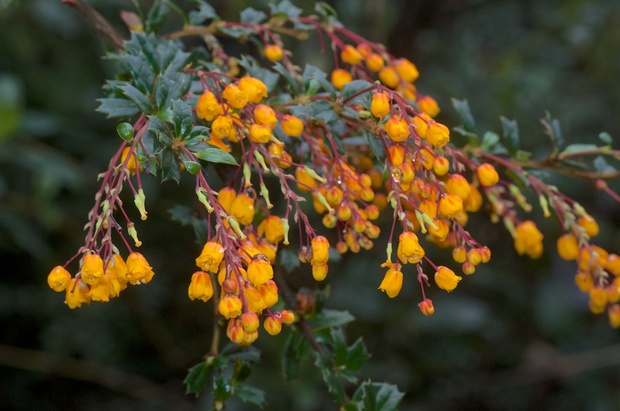 “We have a new plant that escapes from our gardens into our native environment about every 39 days. And that’s a very scary fact.”

Hugh says that it’s sometimes possible to “knock a plant invasion on the head” with prompt action to hunt down and kill all the plants. Chemical control, using herbicides, is usually the next step, but at best, says Hugh, it will “keep the problem at bay.” This leaves biocontrol as the best answer for widespread weeds. 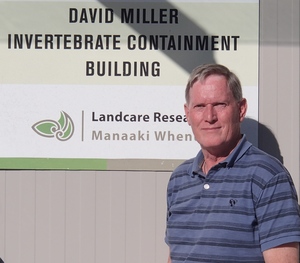 Hugh is part of a team that works to find biocontrol agents that might kill, or at least knock back, the worst weeds. It’s a slow, deliberate process, which involves visiting the country of origin of a plant and hunting for diseases that infect it. They are also looking for insects that attack and eat any part of it, including the seeds, flowers, leaves or stems.

Once potential biocontrol agents are identified they are imported into New Zealand and kept in strict quarantine, so they can be tested to see if they attack any plants other than the weed. “If they don’t attack anything else then we can look to release them.”

There have been some great biocontrol successes in New Zealand. Hugh cites St Johns Wort control in the 1960s as a “guiding light” success story. Ragwort (Jacobaea vulgaris), some thistle species and mist flower (Ageratina riparia) have also had successful biocontrol agents introduced.

More recently, the broom gall mite and several species of beetle that attack Tradescantia have been showing great promise.

One of the recent projects that Hugh has worked on is Darwin’s barberry. 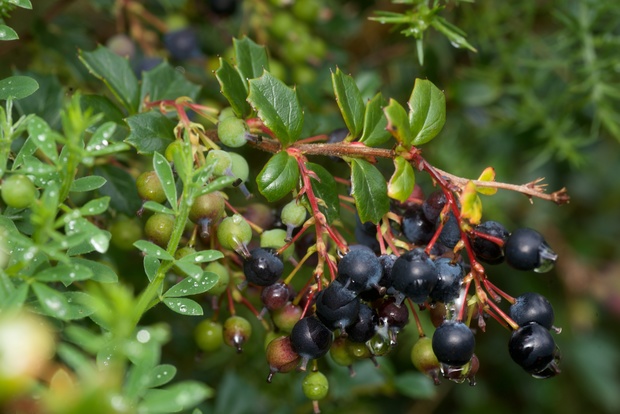 “Darwin’s barberry continues to advance across the countryside in Otago and Southland. It takes over entire hillsides, and becomes quite a monoculture.”

Beginning in the early 2000s, the biocontrol team identified a seed weevil and a flower weevil in the plant’s native range in South America. Hugh says it is always good to have several biocontrol agents that attack different parts of a plant, and it is particularly effective to attack seed production.

The focus has been on the seed weevils, and these have now been released over two years. 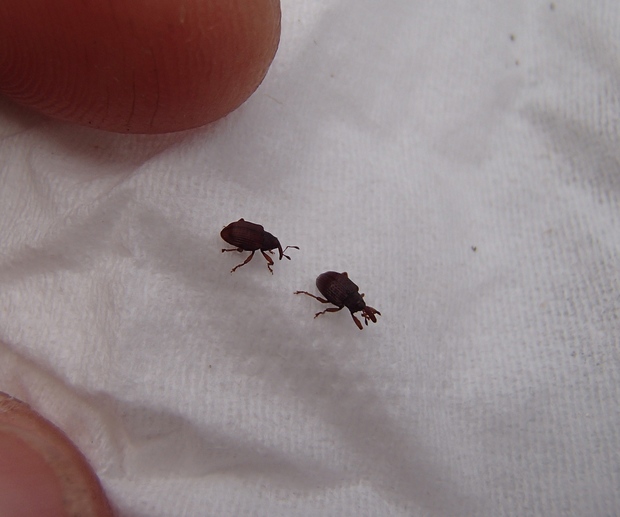 Megan Banks from Greater Wellington Regional Council has been responsible for releasing a few hundred of the weevils at two sites in Wellington. In spring she will return to the sties to see if she can find any sign of the weevils, but she is very aware that it can take a few years for a biocontrol agent to establish and begin to have a significant impact. 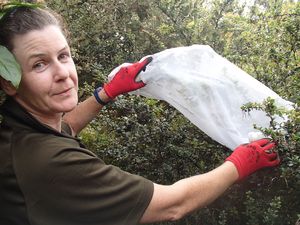 Megan Banks from Greater Wellington releasing weevils into a mesh bag tied around the branch of a Darwin's barberry bush. The bag will be left overwinter and removed in spring. Photo: RNZ / Alison Ballance

Once the biocontrol agent is established council staff and members of the public can help spread it by collecting adults from one site and moving them to another. This approach is already being used by forestry companies, for example, to spread the Buddleia weevil.

“It is really exciting this being the first introduction of a biocontrol agent against Darwin’s barberry, because … it’s a real problem in Wellington” says Megan.

Our Changing World recently featured a story about the wasp mite that is being investigated as a potential wasp biocontrol agent. We have also looked at the buddleia leaf weevil.