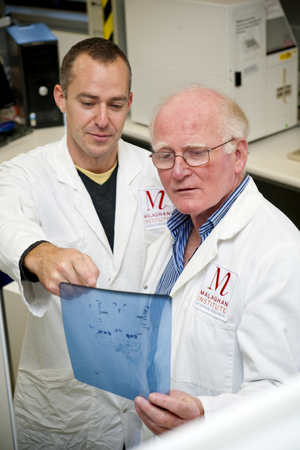 At the start of 2016, Malaghan Institute scientist Mike Berridge published ground-breaking research in which he showed that mitochondria, little powerhouses that fuel each cell, can shuttle between individual cells and transfer DNA.

DNA transfer between animal cells was considered impossible, and the work describes a fundamentally new process that not only challenges textbook science but will undoubtedly open up new areas of research. More importantly, it raises the possibility of new therapies for diseases of the heart and possibly cancer.

The team found that melanoma and breast cancer tumour cells that had their mitochondrial DNA removed can import replacement DNA from surrounding, healthy cells.

This week, the team received an HRC grant to test the process in brain cancer cells. Mike Berridge says mitochondrial transfer could play a major role in healthy brain function as well as in neuro-degenerative conditions such as Alzheimer's and Parkinson's.