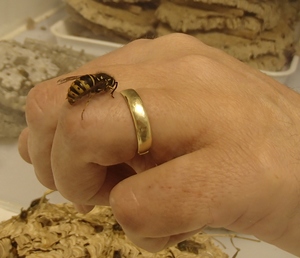 They are also having a huge impact on the ecology of our southern beech forests, especially in the South Island. 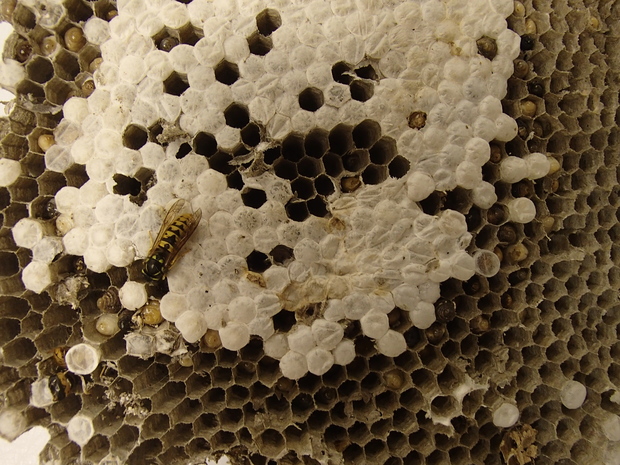 A common wasp nest - the larvae act as the 'stomach' for the nest, digesting food and feeding all the other wasps. The white caps cover cells containing pupae that will hatch into adult wasps. Photo: RNZ / Alison Ballance

The new wasp poison Vespex is proving to be a very useful way to control wasp numbers, but at a recent wasp workshop, organised by the Department of Conservation, biologists talked about some of the other tools that they are hoping might be added to the anti-wasp arsenal. 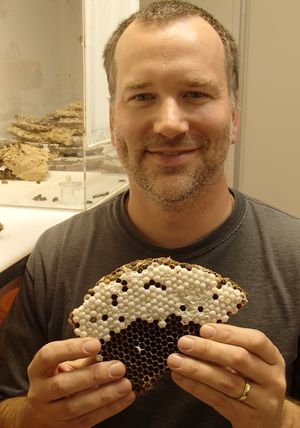 Bob Brown with some of the many wasp nests he has dug up. Photo: RNZ / Alison Ballance

Landcare Research’s Bob Brown is part of a team working on biocontrol, the idea that you introduce a ‘good’ species to control the ‘bad’ species.

In 2012, when he was digging up wasp nests, he found an unidentified mite in some of the nests.

Nests with mites were 50-70 per cent smaller than nests without mites.

The mite was recognised as a new species, and has now been named Pneumolaelaps niutirani.

Bob says it is unlikely that, on its own, the mite will be a suitable biocontrol agent. However, he hopes it could be used as a Trojan mite to introduce diseases into wasp nests.

The mites feed on the pre-digested material that is produced by wasp larvae, and which feeds all the wasps in the nest. If disease-carrying mites were introduced to a nest then this could be a way for the disease to pass to other animals. 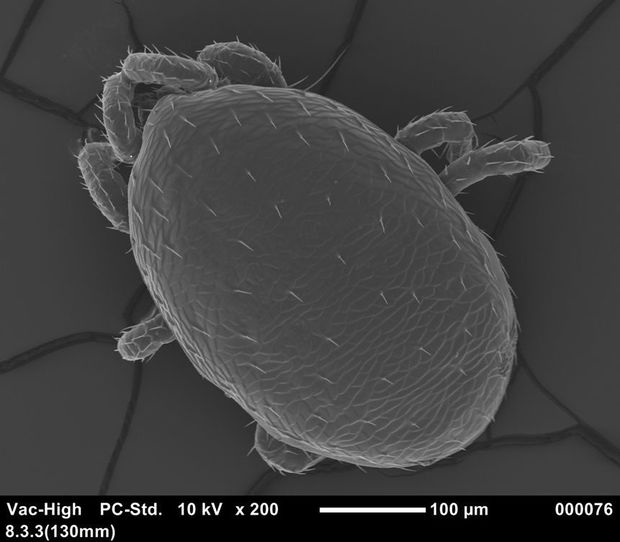 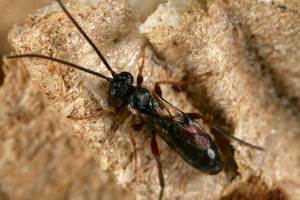 An earlier attempt to introduce a biocontrol agent for wasps began in the early 1980s, when the parasitic wasp Sphecophaga was introduced to New Zealand. It largely failed, but Bob and the wasp team at Landcare Research are revisiting the idea in case it could be of use.

Bob suspects that one reason the introduction of Sphecophaga didn’t work is that common wasps in New Zealand have recently been identified as coming from the United Kingdom, while the three sub-species of wasp parasite that were brought here came from California and northern Europe.

He will be visiting the UK this year to see if he can find Sphecophaga wasps from there, and also to investigate a hoverfly that he thinks could be a potential biocontrol agent. 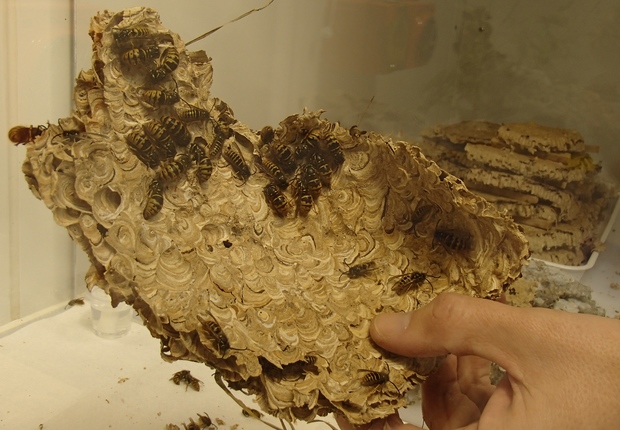 Phil Lester, at Victoria University of Wellington, is leading a national Biological Heritage Challenge research team that is investigating a number of methods for reducing or eliminating wasps. Most of these rely on gene technologies.

One technique being considered is the Trojan female technique, and Dan Tompkins and Neil Gemmell have talked about this on Our Changing World previously.

Ronny Groenteman and Bob Brown have also appeared on Country Life talking about the wasp mite.