The oceans around the world are becoming more acidic, and this change is most pronounced in coastal waters. A team of marine scientists received $4.9 million to work out how coastal ocean acidification is affecting marine life such as snapper, paua and greenshell mussels. 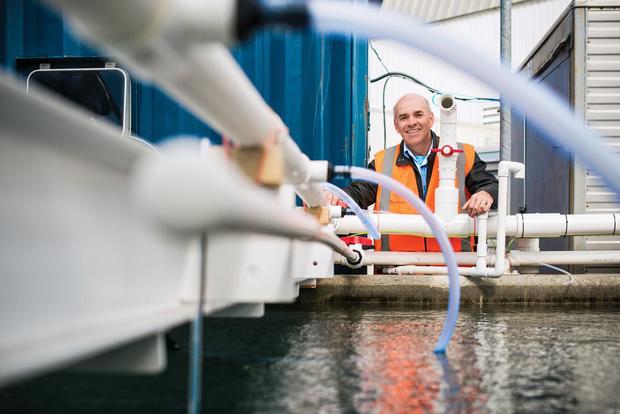 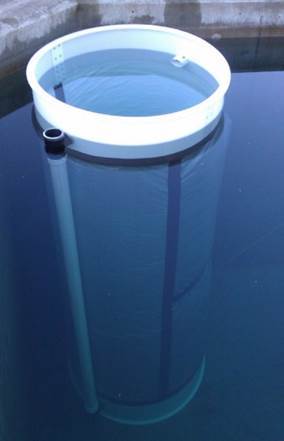 A side view of a 4000-litre mesocosm, which Cliff Law uses to monitor impacts of acidification on phytoplankton. Photo: Cliff Law

Ocean acidification is often described as the evil twin of climate change. So far the oceans have taken up more than a third of the carbon dioxide we’ve been pumping into the air, and as a result their chemistry is changing. The water is becoming more acidic.

This change is already clearly measurable in all parts of the ocean, but it is happening even faster in coastal waters. The sea along some parts of New Zealand's coast, such as the Firth of Thames, already shows acidity levels that are projected for the open ocean for the end of this century.

The reason for this is that there are additional processes going on along the coast that speed up the change in pH, says Cliff Law, a marine biogeochemist at NIWA who leads a four-year, $4.9 million project called CARIM (short for Coastal Acidification Rates, Impacts and Management).

“In the open ocean we’re worried about the carbon dioxide that we’re releasing from the burning of fossil fuels, whereas in the coastal ocean there are other factors that are affecting the pH. They include things like the organic matter that’s running downstream into the water, and also the nutrients … that cause phytoplankton to grow and when bacteria break this down they produce more CO2.” 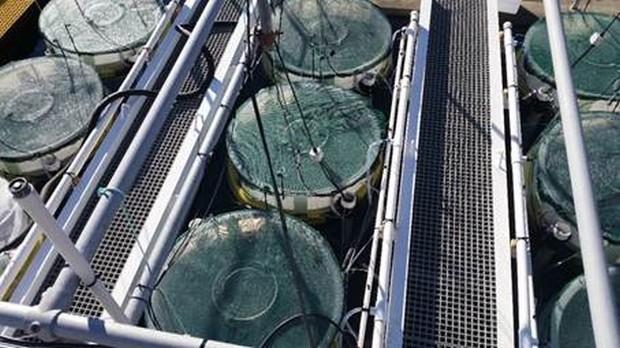 A birds-eye view of the mesocosm facility at NIWA in Wellington. Photo: M Gall

It is in these coastal waters that you’d find many of the fish and shellfish that are important for both recreational and commercial fisheries. The CARIM project has chosen three species – paua, snapper and greenshell mussels – to study in more detail under different levels of acidity.

In a laboratory at NIWA, marine ecologist Vonda Cummings keeps 24 tanks that she has set up as an acidification experiment. In each, she can set the pH and temperature at different levels, from those observed today to those projected for the end of the century. In each tank she keeps some paua. 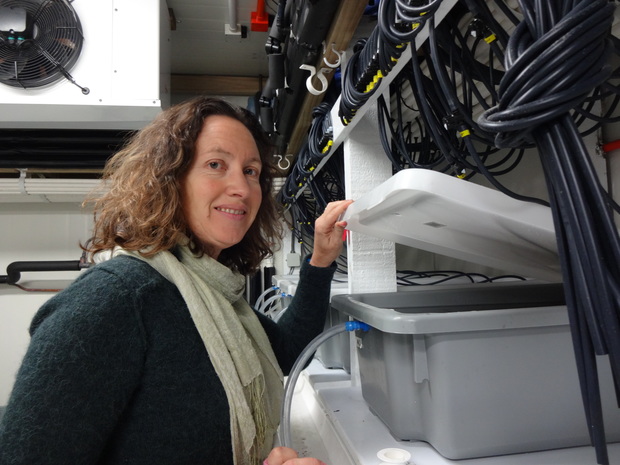 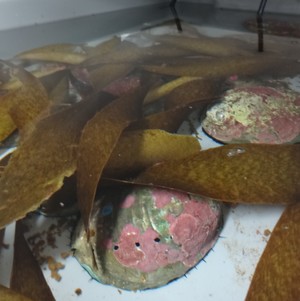 Paua are kept in water with different pH levels to see how they adjust and whether more acidic conditions affect their fertilisation success and the survival of larvae. Photo: Veronika Meduna / RNZ

The paua will be spawned in a few months, and she will monitor their fertility rates and the survival of the young.  For molluscs – that’s clams and snails – she says the shell-forming stage is critical.

“If they can't form a shell or if it's formed but malformed or damaged, then it affects their ability to survive.”

Another interesting question she hopes to answer is whether coastal marine life, which has adapted to larger fluctuations of pH, is more or less resilient to ongoing acidification.

Meanwhile Cliff Law has set up large-scale containers with 4000 litres of seawater each to monitor what happens to phytoplankton, on which every other creature in the ocean feeds, under projected levels of acidity.

“Phytoplankton are just like plants in your garden. They photosynthesis, so you might imagine that an increase in carbon dioxide would benefit them but … what we see in the open ocean doesn’t necessarily bear that out.”

He says studies overseas have shown a decrease in the size of phytoplankton groups in coastal waters.

Apart from the experimental systems, the CARIM project team also monitors pH and other ocean parameters at three coastal sites across the country to keep track of changes and impacts on plankton, the marine food web and the three specific species.

Cliff Law says the end result should allow the team to “not only forecast how pH will change in coastal waters but also better understand what it will mean for these important species, as well as providing some tools for regional councils and the aquaculture industry on how they can address coastal acidification.”

The Acid Test is an earlier Our Changing World feature on ocean acidification.