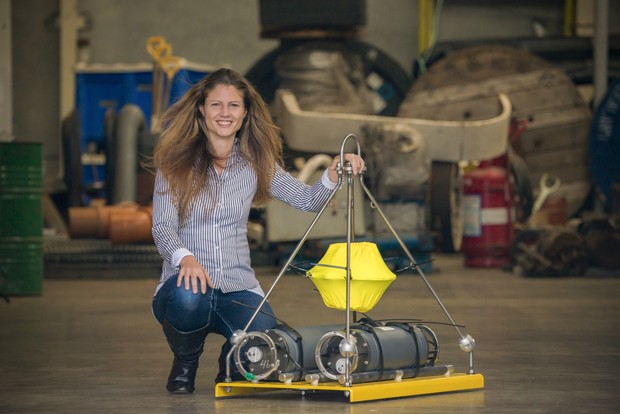 Marine ecologist Kim Goetz with one of the acoustic moorings she is deploying in Cook Strait to eavesdrop on whales and dolphins. Photo: Dave Allen / NIWA

NIWA marine biologist Kim Goetz is off on a voyage aboard the research vessel Tangaroa this week to launch six acoustic moorings around Cook Strait and along the coast to start collecting the sounds of migrating mammals. From the low rumble of whale songs to the high pitch of dolphin clicks, she hopes to eavesdrop on several species as they migrate past New Zealand.

This is the first time this work has been done in New Zealand, despite the fact that more than half of all marine mammals in the world travel through New Zealand waters.