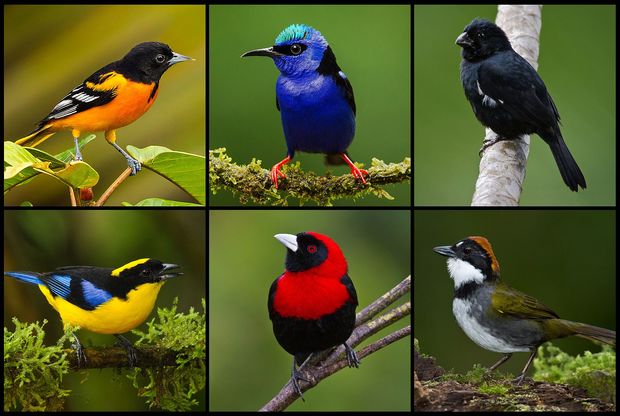 Birds display an astonishing diversity of plumage colours. Males are much more colourful than females in some species (e.g., top row, left to right: Baltimore Oriole, Red-legged Honeycreeper and Variable Seedeater). In many other species however, females look the same as males and have just as dramatic plumage (e.g., bottom row, left to right: Blue-winged Mountain-Tanager, Crimson-collared Tanager and Chestnut-capped Brush-finch). Photo: Bill Holsten

When male and female birds have different colouration, the males are typically more colourful.

A male hihi (stitchbird), for example, is much more strikingly coloured - with bright flashes of white and yellow - than a brown female hihi. But both male and female tui have striking glossy blue feathers. 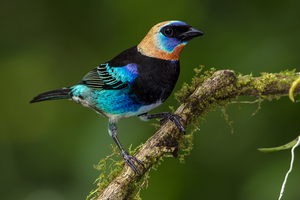 These questions about the colour of birds’ plumage have been debated for a long time. Darwin came up with the theory of sexual selection to help explain why males that competed for females were brighter than those that were monogamous. But Wallace, who along with Darwin came up with the idea of evolution by natural selection, proposed instead that natural selection favoured females that were drabber and less likely to be predated at the nest.

James Dale from Massey University and his colleagues decided to investigate the question by comparing the brightness of the plumage in all the passerine or songbird species in the world: all 5,983 of them. 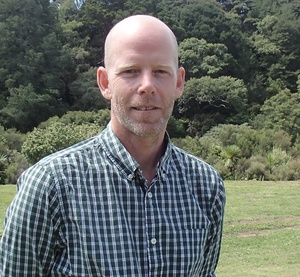 They worked from illustrations drawn for the monumental  ‘Handbook of the Birds of the World’, which illustrates and describes every known species of bird. The team came up with a technique that allowed it to compare different colours and create a plumage score that reflected how male-like or how female-like a bird’s plumage is.

This plumage score was then compared to a number of different traits, such as how big the birds are, whether they are monogamous or polygynous (where one male mates with several females), and whether the birds live in a tropical or temperate environment. 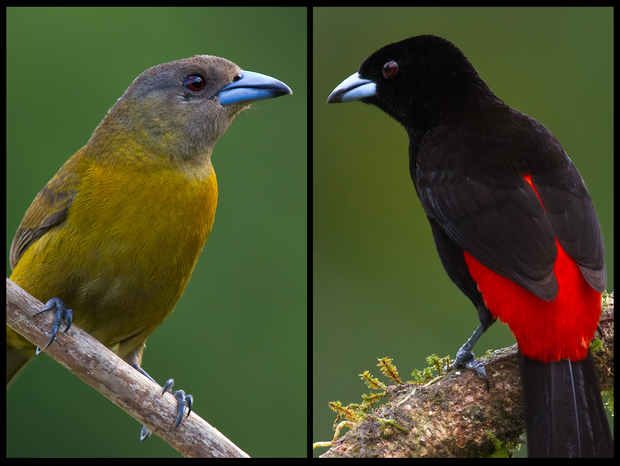 As Darwin had predicted all those years ago, in species with male-biased sexual selection the male birds were much more colourful than the females. But surprisingly, this was not just because the males got brighter, but because – more importantly - the females got less bright.

So, being bright was the default state, but there’s a cost to it – and in the case of the drab females, why bother with the cost of that ornamentation when you’ve got more important things to do, like raise your chicks.

In another surprising finding, in larger species both males and females tended to be brighter. James Dale says this is probably because larger birds are less vulnerable to predation so it matters less if they are colourful and conspicuous.

The third important finding from the study, which was published in the journal Nature, is that as has been predicted for a long time, tropical birds – both males and females – are brighter than temperate species. James says this may be because there are more birds living in the tropics, and therefore more intense competition between individuals  for resources such as food and breeding territories.

All up the study, The effects of life history and sexual selection on male and female plumage colouration, helps explain why so many of New Zealand’s large native bird species have males and females that share the same colouration – and aren’t nearly as bright as their tropical relatives.