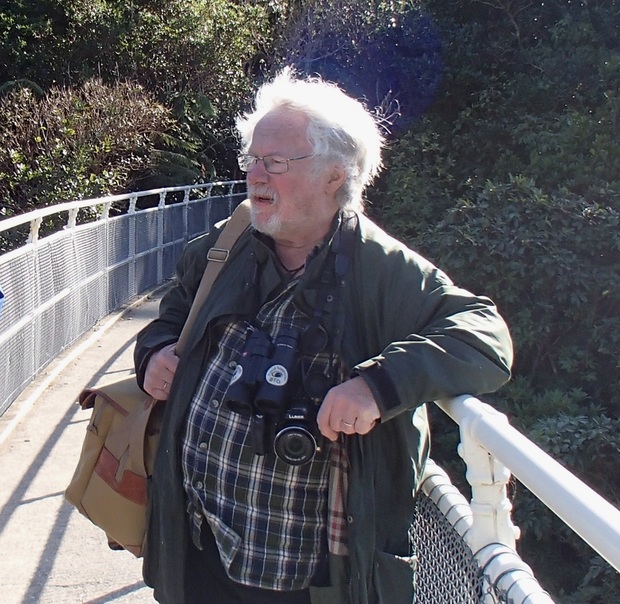 Ex-Goodie Bill Oddie is one of the world’s best known bird-watchers, but although he's very serious about birds his comic side still shines through. He says that when it comes to bird-watching he’s what a friend calls an ‘arser’, rather than a ‘legger', meaning he’s more likely to find somewhere he can sit quietly to listen and watch, rather than walking around hoping to come across birds.

Quiet time, on your own, is Bill’s best advice for any budding birders.

And the most useful piece of equipment (ahead of a pair of binoculars)? Your ears.

Bill Oddie first became famous as part of the English TV comedy trio ‘The Goodies’, in the 1970s and early 1980s. Since then he has become equally well-known as a bird-watcher, presenter of many BBC wildlife programmes such as Springwatch and Autumnwatch, and the author of a number of books about birds. 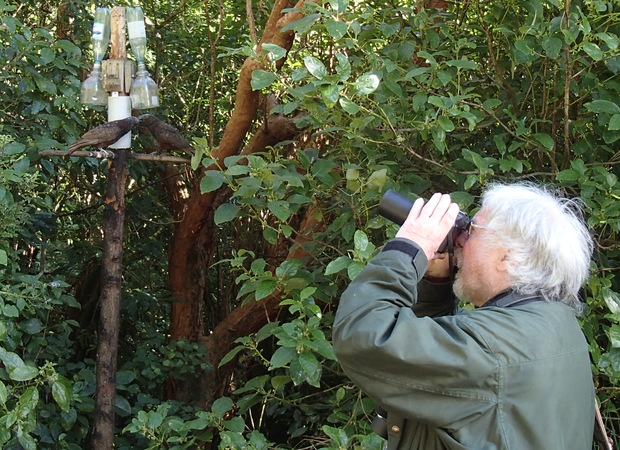 Bill Oddie is always armed with a pair of binoculars and a camera. In the viewfinder this time are some kaka at the Zealandia sanctuary in Wellington. Photo: RNZ / Alison Ballance 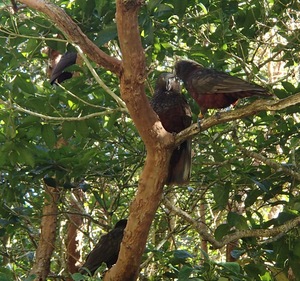 Bill’s fascination with birds began at age 6, when he stumbled across a cuckoo’s egg in a bird’s nest hidden in a local hedge. Collecting bird’s eggs was a popular past time in the 1950s, and by the time he got to secondary school Bill says he had amassed quite a collection of eggs. Over time he became much more interested in observing birds than in the now illegal practise of egg collecting, but he pays tribute to the skills he learnt from his childhood hobby.

He says that he spent lots of time on his own, watching birds, learning their calls and finding out about bird behaviour through first-hand observation. He regrets that the solitary wandering he was so fond of is something which modern children get very little opportunity to do.

Bill says that most birds are heard before they are seen, and now that he’s in his mid-70s one of his biggest frustrations is that he is losing the ability to hear high frequency bird calls.

Despite that, he still gets as much pleasure as ever from birds, especially local birds in his North London garden and on nearby Hampstead Heath. Bill has also become an ardent conservationist, lending support to a number of wildlife charities both in the UK and around the world.

Bill Oddie has been in New Zealand as a guest of the Auckland Writer’s Festival and the Royal Society of New Zealand. He is giving a public talk on Stewart Island at 6.30pm on Saturday 21 May.