“There’s a lot left to find out about the early life stages of our native fish – it’s largely been ignored.”
Matt Jarvis, University of Otago 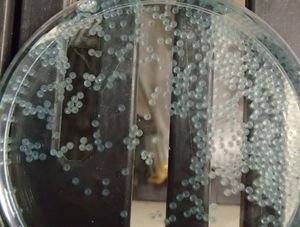 Koaro begin life as small eggs that resemble semolina, and they will grow to become fish capable of living in fast-flowing rivers. Photo: RNZ / Alison Ballance

Koaro, or climbing galaxiids, are an amazing native freshwater fish. Shaped like a cigar, with large dextrous fins, they are skilled at climbing, and can make their way up steep waterfalls. They are also well adapted to high water flow in rivers, and even make use of floods to spawn and lay their eggs.

As babies, they make up part of the whitebait catch, but we know very little about their early lives, and this is something that University of Otago researchers are investigating.

During the recent large floods on the West Coast, which resulted in the evacuation of several flooded hotels at Franz Josef, PhD student Jason Augspurger and assistant research fellow Matt Jarvis were in the field collecting some spawning koaro, to bring back to the lab for experiments. 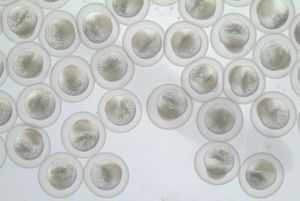 Just a few hours after they are laid, the developing koaro larvae are just a bunch of dividing cells. Photo: Jason Augspurger / University of Otago

“These fish are so well adapted to these floods, they’ve evolved with them,” says Matt.  “And not only can they cope with them, they require them. They wait for these floods in order to spawn,”

Like other native galaxiid fish there are two kinds of koaro populations: in some of them young fish move out to sea for the first few months of their life, before returning to freshwater. This is known as diadremy. Other populations have become landlocked, and now move between streams and rivers and nearby lakes.

Jason has just begun investigating differences between the two kinds of populations, in particular the size of the koaro larvae when they hatch, how fast they grow, and how well they can swim during their first month of life.

Jason has found that landlocked koaro populations lay larger numbers of smaller eggs than the populations which migrate out to sea.

“The marine koaro have eggs that are about 25% larger than the land-locked fish,” says Jason. “I expect they’ll hatch out quite a bit larger, which means they can swim and cope with the marine environment [better].” 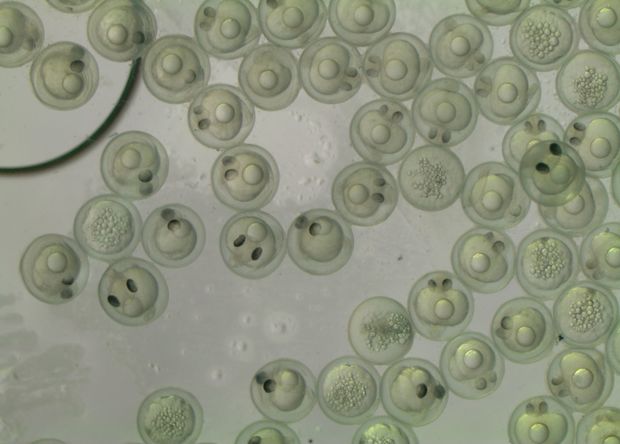 Koaro larvae that are a few days old - they are curled up inside the egg and their eyes are very prominent. Photo: Jason Augspurger / University of Otago 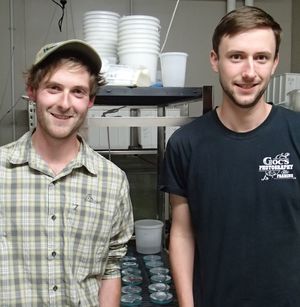 Matt is looking at another native fish, the blue-gilled bully. He is particularly interested in how climate change and warming water might affect the baby bullies and their ability to migrate to sea.

Matt explains that when blue-gilled bullies hatch they are just 2-3 millimetres long, and they can’t feed in the river or stream. They have a yolk sac that is enough to sustain them for the first few days until they drift out to sea where they can feed on tiny plankton.

“The idea is that if the river water warms up they’ll use up their yolk sac faster because their metabolism increases,” says Matt, and that increases the chance they’ll starve before they make it out to sea.

“[The work] is still in the early stages but it’s looking as if instead of lasting a week [the fish larvae] might only last two or three days.”

However, Matt also points out that they don’t yet know how long it takes a baby bully to get out to sea. The next stage of the research is to catch and age small bullies at various places in the lower reaches of rivers and on the nearby coast to see how many days it has taken them to get there.

Work using isotopic signatures to find out which areas the young fish are spending most of their time has shown that they stay quite close to the stream or river they were spawned in.

Matt says this is useful as it shows that local conservation efforts to improve the quality of streams and rivers through replanting streams and river banks will have local benefits, as the fish are very likely to return to their own waterway rather than one many kilometres away.

“It looks like the whitebait really might stay quite close to the rivers they’ve come from,” says Jason.

The whitebait catch is made up of five different species of native galaxiid fish, including koaro. Inanga is the most well-known of the species, four of which are endangered. 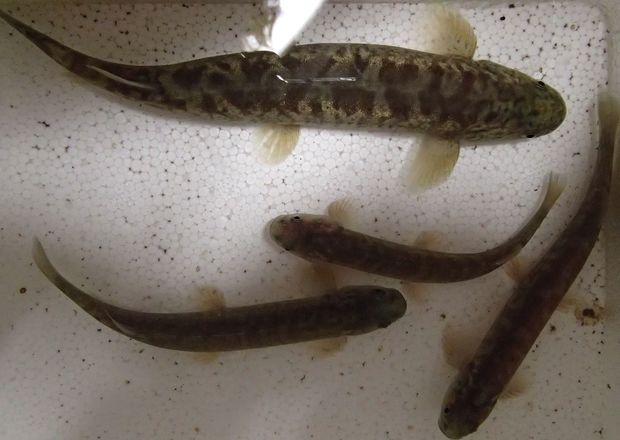