The art of science advice

“We will make better policy and we will act better as a country in many different ways if we use evidence to assist the policy process.”
Sir Peter Gluckman

Alan Finkel, an engineer, entrepreneur and philanthropist, is Australia’s newly-appointed chief scientist. During a recent New Zealand visit, he met with his trans-Tasman counterpart, Sir Peter Gluckman, to discuss how the two countries could work together for the good of science and innovation. 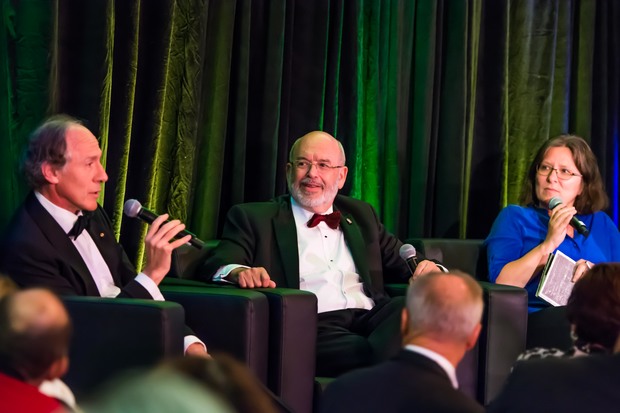 At a trans-Tasman celebration dinner, held at the Australian High Commission, I had the opportunity to ask them about future areas of collaboration, shared investments in infrastructure and perhaps even an open science funding system that would allow scientists from both sides of the Tasman to apply for research grants.

They also had thoughts to share about science communication.

"Never be trite," says Dr Finkel. "If you oversimplify, you’re not respecting the audience and they go away with what I call a gee-whiz science experience. You see the flashing spark, it’s exciting, but you’ve got nothing that you can remember of significance about that." 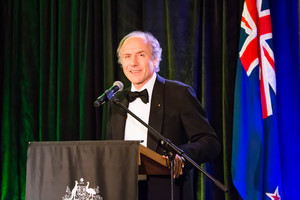 One of Dr Finkel's first tasks as Australia's chief scientist will be to lead the process of planning for big research infrastructure, which could involve New Zealand.

“We have an opportunity to build out a lot of science kit. In the past, some of these [projects] have lend themselves to be multi-nodal, where we’d have the same kind of investment being built in Brisbane, in Adelaide and Melbourne. Wouldn’t it be great if, going forward, we could include New Zealand in that, because you get the economies of scale.”

Sir Peter says future joint investments need not be in hard infrastructure, but could include areas such as agricultural technology and genomics, where “there are many reasons why using genomics and plants, animals and humans in our part of the world can make an enormous difference”.

There might, of course, also be some “good honest plagiarism” to the benefit of Australia.

“We don’t have a national science strategy plan in Australia,” says Dr Finkel. “You guys have some fantastic long-term plans in place and I’m devouring them … so in this case it’s a one-way flow, we take what we can.” 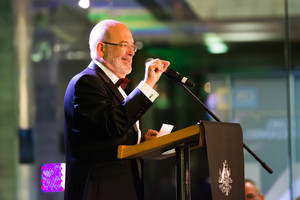 Sir Peter sees his role as an interpreter between scientists and policy makers.

While scientific evidence informs policy, it isn’t the only input into the political decision-making process, and Sir Peter says one of his responsibilities is to ensure that it remains an important ingredient.

“We will make better policy and we will act better as a country in many different ways if we use evidence to assist the policy process.”

He sees the rapid pace of growth in scientific knowledge as one of the biggest issues society will have to grapple with.

You can listen to a speech Sir Peter gave at the dinner.

Dr Finkel says science is best discussed through stories that explain but never dumb down.

Sir Peter agrees. “Science is not a list of facts. It’s about the process about how we establish information about the world within us and around us.”

He says one of the challenges is that a century ago science was largely about facts, but with the power of computation, it is now dealing with complex systems, where some of the facts may never be known.

“But because of the very issues that we can now use science to interrogate – life, environment, society – science increasingly comes into contact with values of society and these values are often in dispute. Science cannot resolve disputed values.”

You can read or listen to Dr Finkel's address.