Removing invasive mammals from islands is a highly effective and relatively cheap way of saving endangered species and stemming the loss of the world’s biodiversity, according to new research published this week in the journal PNAS. 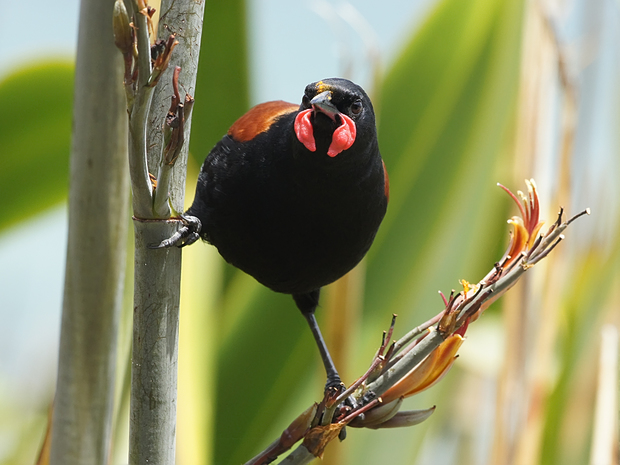 Tieke or saddlebacks are now found on a number of pest-free islands following the removal of rats and other invasive mammals. They are very vulnerable to rats and stoats. Photo: CC BY-NC 2.0 David Cook / Flickr

In other words, if you get rid of pest species such as rats, stoats and feral cats then native species, especially birds, thrive.

“All conservation efforts are really very important, but if one is looking to get the biggest gain for their conservation dollar then eradicating invasive mammals from islands is probably a good way to go,” says Dr Holly Jones.

Lead author Dr Holly Jones from Northern Illinois University in the United States says their analysis showed that nearly half of the native species that have benefited from the eradication of invasive mammals from islands are New Zealand species.

“Ninety three of the 236, or 39 percent, of the demonstrated beneficiary species are New Zealand species, and 296 of 596, or 50 percent, of the populations are from New Zealand,” says Dr Jones. “New Zealand is clearly the world's leader in both eradications and in the number of native species documented to benefit.”

Dr James Russell from the University of Auckland is one of the paper’s 30 authors and he says the study cements New Zealand’s leading position in the development of island eradication techniques, and also in the conservation gains we have made as a result. 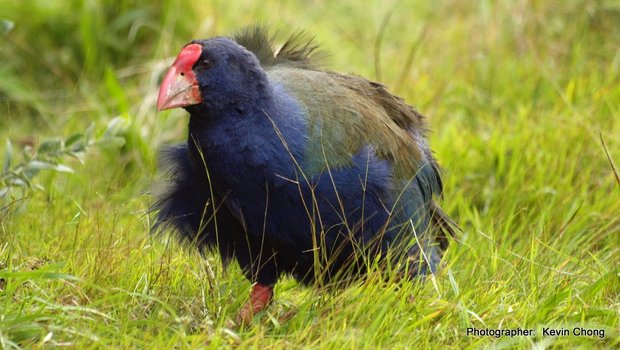 South Island takahe have been introduced to a number of pest-free island sanctuaries in New Zealand, following the removal of invasive mammals such as rodents, possums and feral cats. Photo: CC BY-NC-ND 2.0 Kevin Chong Flickr

The value of islands

Despite their small size, islands are particularly valuable for biodiversity, Dr Jones says.

“Islands … are very underappreciated in their importance for biodiversity conservation globally. They make up a tiny proportion of the earth’s landmass, about 5.5 percent, but they harbour around one fifth of terrestrial species. And because they have such unique faunas, those faunas are particularly vulnerable to invasive mammal impacts.

"So it makes islands both biodiversity hotspots and also extinction hotspots. It also means that conservation on islands has this great opportunity to provide disproportional benefits to the world’s biodiversity.”

Native birds are the winners

The response of birds to island eradications has been well documented, and some of the most compelling examples in the study come from New Zealand.

“There have been demonstrated benefits on the land birds, so kokako, takahe and saddleback,” says Dr Russell. “But we’ve also been looking at seabirds and some of the recoveries they’ve made, either by naturally recolonising islands or by translocations.”

“There were some extreme benefits to native species, and one of the coolest ones … is the reappearance of the New Zealand storm petrel,” says Dr Jones.

The New Zealand storm petrel was thought extinct, but was rediscovered about a decade ago from observations made at sea. After a long search the storm petrel’s breeding grounds were discovered on Hauturu / Little Barrier Island, from which pacific rats (kiore) and feral cats had been eradicated. 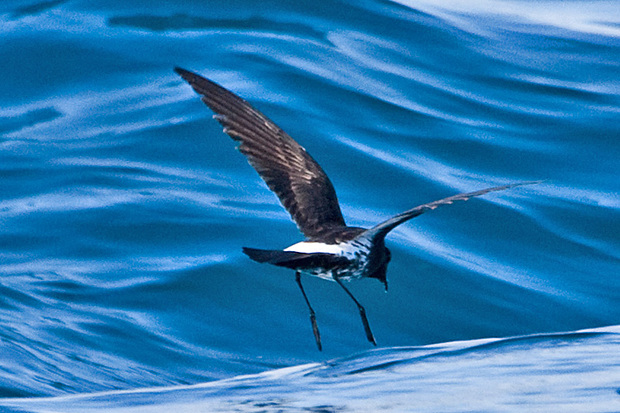 A New Zealand storm petrel 'dances' on the sea surface as it feeds. The discovery of this little seabird breeding on Huaturu / Little Barrier Island is one of the positive conservation success stories resulting from the eradication of invasive mammals on the island. Photo: CC BY-NC 2.0 Tony Morris / Flickr

Cook’s petrel on the same island also benefited so much that its threat risk on the IUCN Red List has been downgraded.

“There were in fact four species that were down-listed to a lower extinction risk category as a direct result of mammal eradication,” says Dr Jones.

World-wide there have been more than 1100 attempts at eradicating invasive mammals on islands. 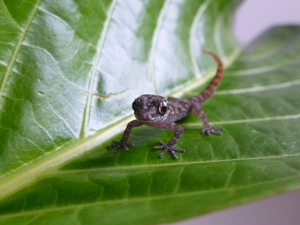 The Rabida Gecko from Rabida Island, in the Galapagos Islands, was thought extinct, but re-appeared following removal of invasive rats in 2011. Photo: CC BY-NC-ND 2.0 Island Conservation

It is not just birds that have benefited from the eradication of rodents. Dr David Towns, from the Department of Conservation and Auckland University of Technology, has had many decades experience with New Zealand reptiles.

In the mid-1980s, he began working with lizards in the Mercury Islands, off the Coromandel Peninsula. Whitaker’s skink was a very rare lizard at that time.

“The idea was to see if it was possible to eradicate pests off islands and then move lizards back to places where they might have been in the past,” says Dr Towns.

When Dr Towns started work on Korapuke Island it was a conservation basket-case, and he describes it has been a “trashed kind of habitat.”

Since rabbits and kiore were eradicated, four species of lizard have been reintroduced, including Whitaker’s skink, along with tusked weta, tree weta and large darkling beetles.

“It’s like the food chain is being progressively reassembled.”

“We started off in New Zealand realising that we have very diverse island communities, much more so than many isolated islands out in the ocean,” says Dr Towns. “And we had a lot more to gain by trying to get the pests off.” 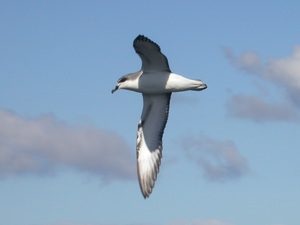 Cook's petrel populations on Hauturu / Little Barrier Island and on Whenua Hou / Codfish Island have bounced back since rats and feral cats were eradicated, and a new lower risk of extinction has seen their threat category on the IUCN Red List downgraded. Photo: CC BY 2.0 Ron Knight / Flickr

Many techniques used around the world today to carry out island eradications were developed in New Zealand.

Dr Towns says that “a lot of the techniques that were developed in New Zealand, essentially in a state of panic for us, have become quite industrialised, and scaled up to the level where it is relatively inexpensive to get all mammals off particular islands, including very large ones.”

Dr Russell points out that we now need to focus effort on eradicating invasive reptiles and insects, especially ants, from islands, and to scale up mammal eradication techniques to cope with very large, often inhabited, islands,

The paper “Invasive mammal eradication on islands results in substantial conservation gains” by Holly Jones et al (2016) is published in the journal PNAS.

Another recent paper, by many of the same authors, is “Importance of lethal control of invasive predators for island conservation” by James Russell et al (2016). It is published in Conservation Biology.

The next major mammal eradication planned in New Zealand is the removal of mice from subantarctic Antipodes Island, planned for winter 2016. That leaves Auckland Island, with feral pigs, cats and mice, as the only island in the New Zealand subantarctic with invasive mammal populations.