Imagine that every window in your house doubles as a solar panel. Better still, imagine that your whole house is coated with a photovoltaic material that can be sprayed on like a lick of paint.

That’s the holy grail for Jonathan Halpert, a chemist with a nanotechnology bent, whose team at Victoria University of Wellington is exploring a suite of new materials that can turn sunlight into electricity. 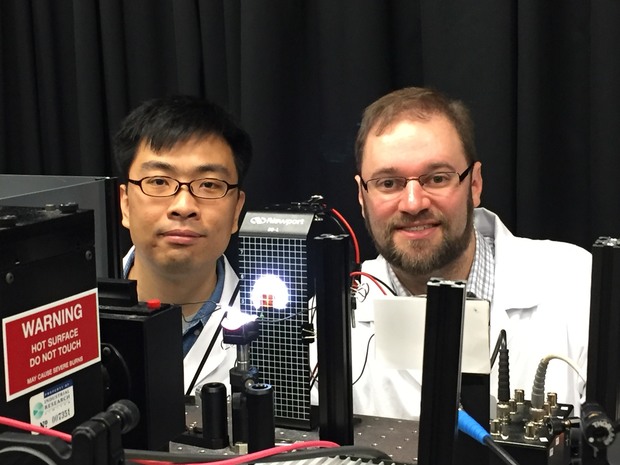 Current commercial solar panels are based on silicon, the second most abundant element in the Earth’s crust, after oxygen. But although silicon is ubiquitous, it rarely occurs in its pure form, which is required for photovoltaic, or PV, panels.This means that the manufacture of silicon-based solar panels requires a lot of energy.

Silicon is also brittle and will shatter like glass when dropped.

And so the hunt is on for new materials that are as good or better in converting photons to electrons, but add other characteristics such as flexibility.

“Research is always 10 years ahead of where industry is going to wind up, so we’re looking at problems that we’ll want to solve 10 years from now. Flexibility is one, non-toxicity is another, low cost and availability are others that we’d like to bake into the equation of how we design these materials,” Dr Halpert says. 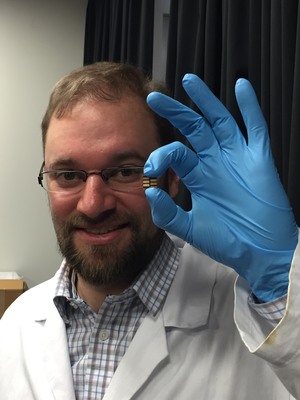 Jonathan Halpert with a solar cell based on perovskites. Photo: Lucy Smith / RNZ

Back in 2014, Dr Halpert received a Rutherford Discovery Fellowship to support his research to design materials for new-generation solar panels, and with demand for solar panels on the rise globally, he says the research area is developing quickly.

His focus is on a group of light-emitting materials called perovskites, which were originally developed for use in LEDs but are now of interest for flexible solar cells.

“We can deposit them, they can be sprayed down in an aerosol or we can put them in solution and spread them, like butter on toast.”

He says such materials could be incorporated into fabrics or paints, and they could “generate energy where ever we want to have it”.

“It would be part of the material landscape, and everything could be making electricity.”

In his lab, the team makes the materials from scratch, starting with the light-absorbing material that is then sandwiched between other materials to increase the efficiency of the solar cell.

“In solar cells, power efficiency is the name of the game. There are a few other efficiencies, such as quantum efficiency, which is about how many electrons you get out for the number of photons that go in. It’s not just about the number you get out but also at what energy you get them out, which determines the voltage the cell can provide. Then the voltage times the current, which is the number of electrons, gives you the power the cell will provide, and that tells you whether it will run your vacuum cleaner or not.”

As far as efficiency is concerned, he says perovskites are not far behind silicon, and have made leaps in improvement in the past few years. One of the road bumps on the way to commercialisation is the use of lead, but Dr Halpert expects that issue to be resolved soon, with possible products on the market by 2018.