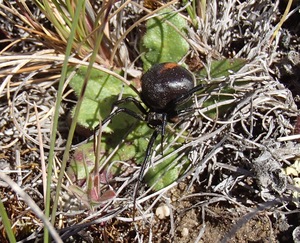 “In years to come, if there is no control done, it could be bad news for the chafer beetle.”
Jackie Spencer, University of Otago Master’s student

The Cromwell chafer beetle reserve doesn’t look like much – just a typical bare Central Otago paddock on the road to Bannockburn.

But it’s the only home of one of New Zealand’s most endangered insects – and it’s turned into a bit of a battle field.

On one side you’ve got the enigmatic Cromwell chafer beetle.

On the other side, the villain of the piece – the venomous Australian redback spider. And it’s getting a helping hand from another introduced species, the rabbit. 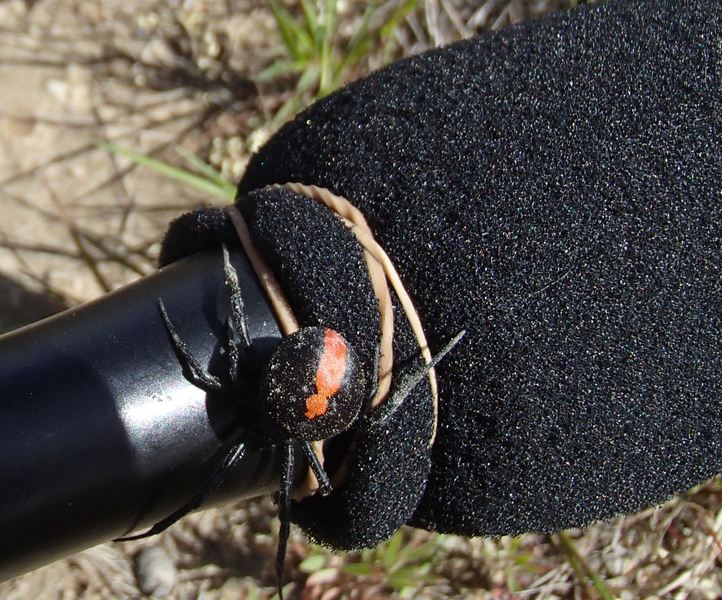 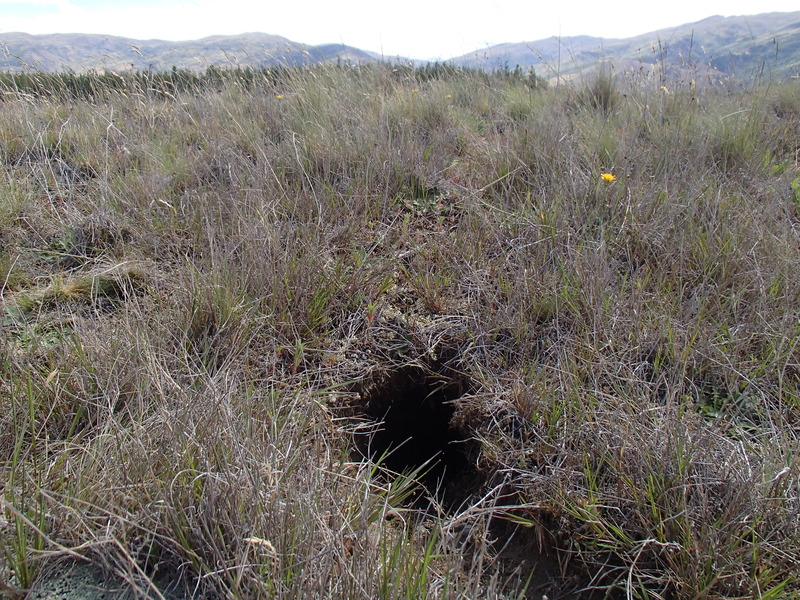 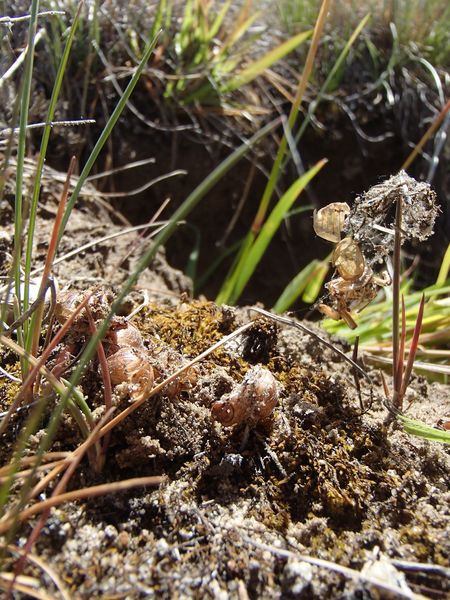 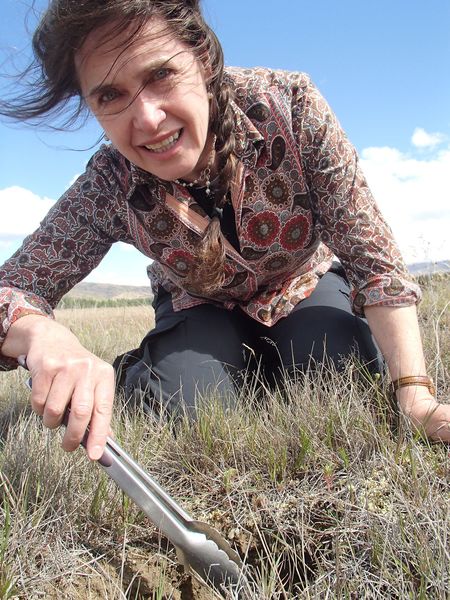 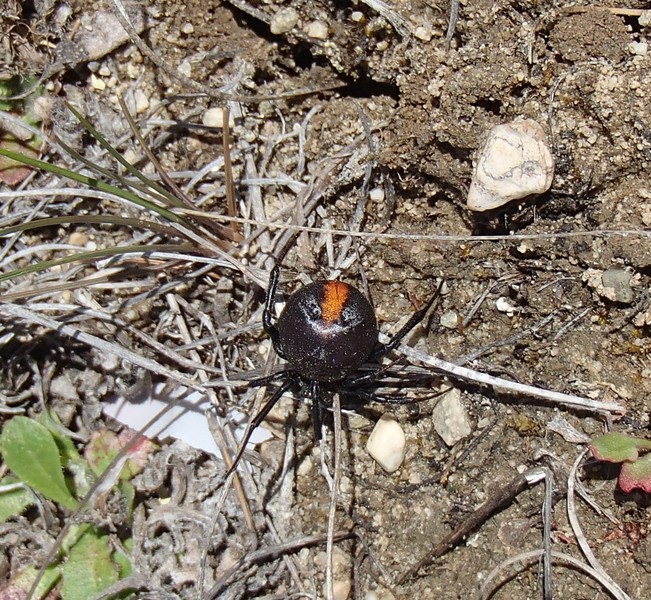 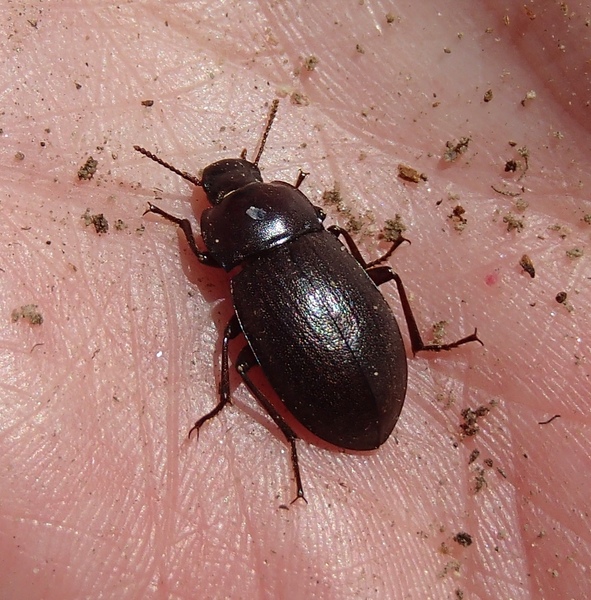 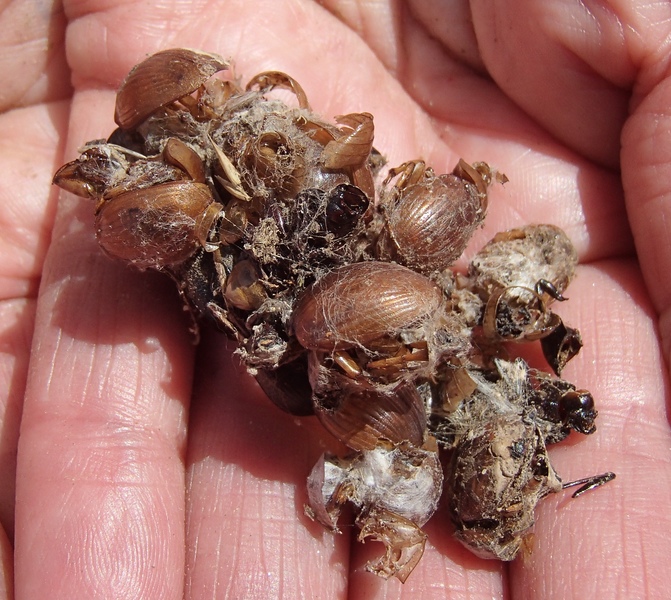 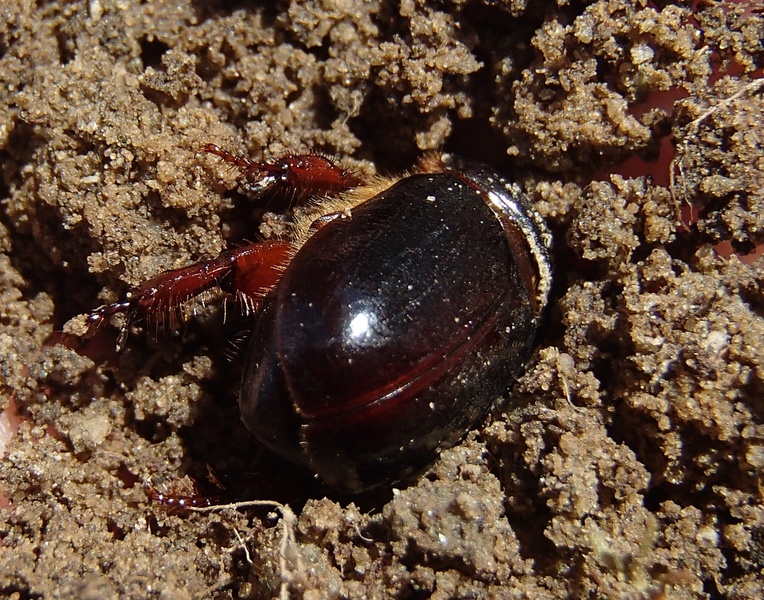 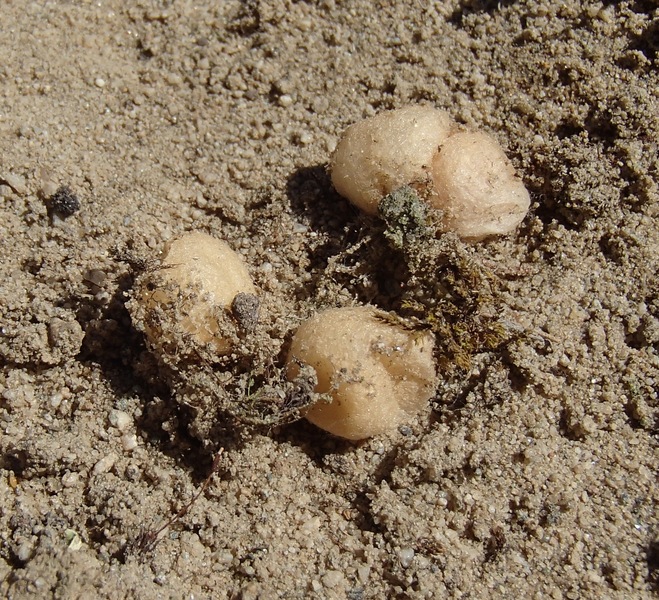 Redback spider egg sacs - each can contain up to 250 spiderlings 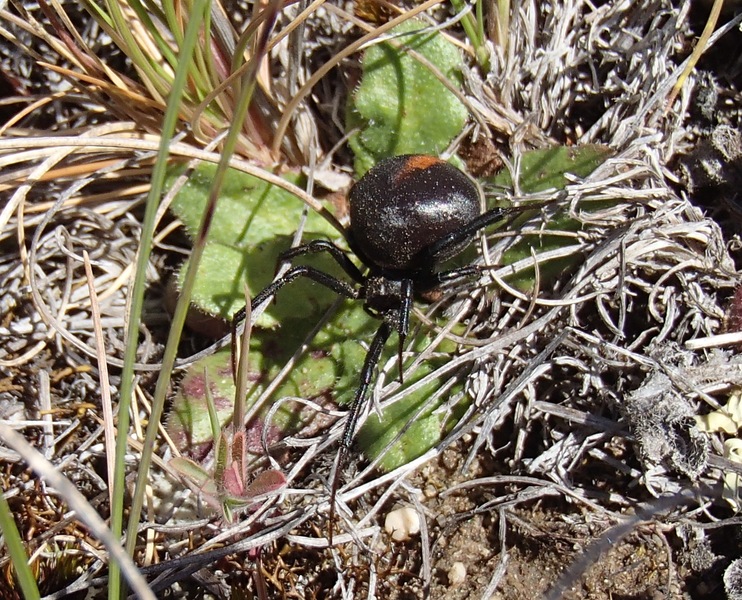 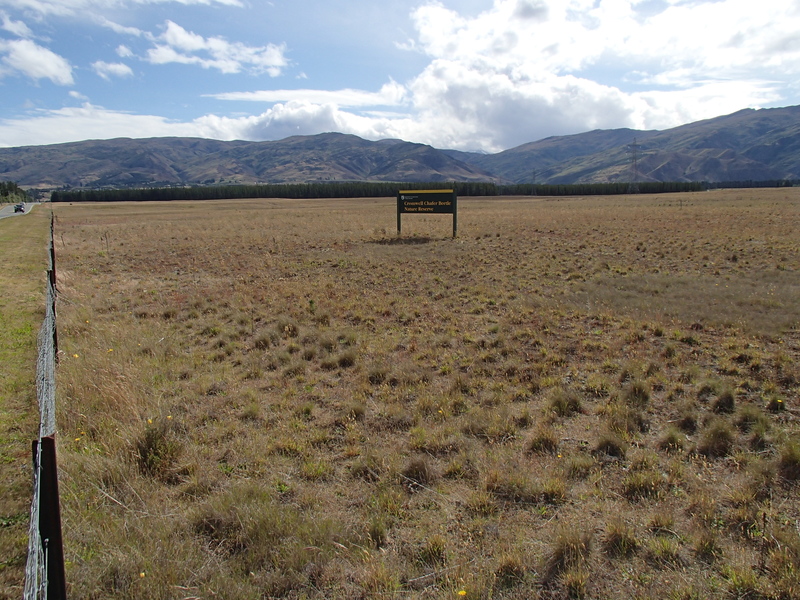 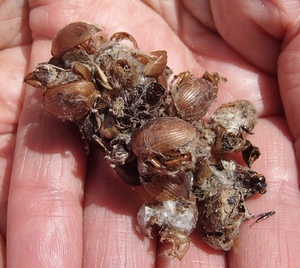 The 81-hectare Cromwell chafer beetle reserve was created in 1979 to protect the last known population of the endemic beetle.

In the 1980s redback spiders became established in Central Otago, but it’s only in the last few years they have moved into the chafer beetle reserve. Although the reserve is surrounded by a rabbit proof fence and DOC carries out rabbit control within the fence, there are still lots of empty rabbit holes within which female redback spiders have taken up residence.

The beetles are reclusive and difficult to study. The larvae live deep in the soft sandy soils, eating the roots of the silver tussocks and Raoulia cushion plants. The flightless adults emerge from the soil at night to feed on cushion plants, herbs and grasses.

The spiders are much easier to study – it’s just a case of finding a rabbit burrow and seeing if anyone is home. Jackie does that by lightly tapping on the messy tangled web that each female spider builds across the entrance to her home. The spider usually comes rushing out, thinking that it’s a trapped insect. Jackie mapped every rabbit burrow in the reserve, and using this technique she counted 459 redback spider females.

So how much of a threat do the redback spiders pose to the beetles? 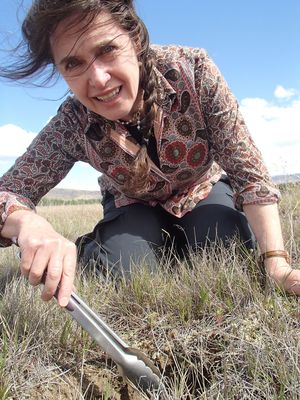 Jackie Spencer with her indispensable piece of field equipment - long-handled barbecue tongs, which she can use to search rabbit burrows for redback spiders and their webs without risk of getting bitten. Photo: RNZ / Alison Ballance

Last year Jackie analysed the grisly remains of dead beetles caught in redback spider webs in the reserve. Number one on the spider menu was the darkling beetle (Mimopeous octagoensis) with more than 500 bodies found.  Coming in at number two on the menu were 260 Cromwell chafer beetles, followed by another native beetle Pericoptus frontalis.

While most redback spider webs had caught just two or three beetles, ‘super spider’ had the remains of 70 beetles in her web.

“I called her super because she went on to catch 70 chafer beetles during my monitoring season last year,” says Jackie. “There were also darkling beetles and Pericoptis beetles in her web. There was another spider that had 28 spiders in her web.”

The rabbit holes shelter the spiders from the hot dry summers and very cold winters, and as part of her study Jackie tested how effective it would be to control spider numbers by destroying the rabbit holes.

Redback spiders don’t move very far, so Jackie removed 15 spiders from their rabbit burrow and then destroyed all the burrows in a 5-metre radius.

Four months later Jackie returned to those areas and couldn’t find any sign of redback spiders. In her control areas, where she handled 15 spiders but didn’t destroy the burrow, 13 of the spiders survived the same period.

On October 2015 the Department of Conservation experimented with destroying all the rabbit burrows in the central area of the reserve, and Jackie says when she resurveys the reserve next month it will be interesting to see what impact this has had on spider numbers.

DOC staff and beetle expert Barbara Barrett, from Agresearch, monitor the chafer beetle population annually, and have developed techniques to rear the beetles in captivity.