"An Ecoblitz is a way of systematically surveying different habitats in a way that we can repeat in future years, to look at change over time. We’re also getting school kids out so they can work alongside scientists – ecologists and taxonomists – to understand how we go about surveying biodiversity and allow them to see what it’s like to be a professional scientist."
Tim Curran, ecologist, Lincoln University

Take 50 school students and bunch of ecologists and taxonomists, mix well and unleash them in the grounds of St Peter’s School in Cambridge, and what you have is an Ecoblitz. 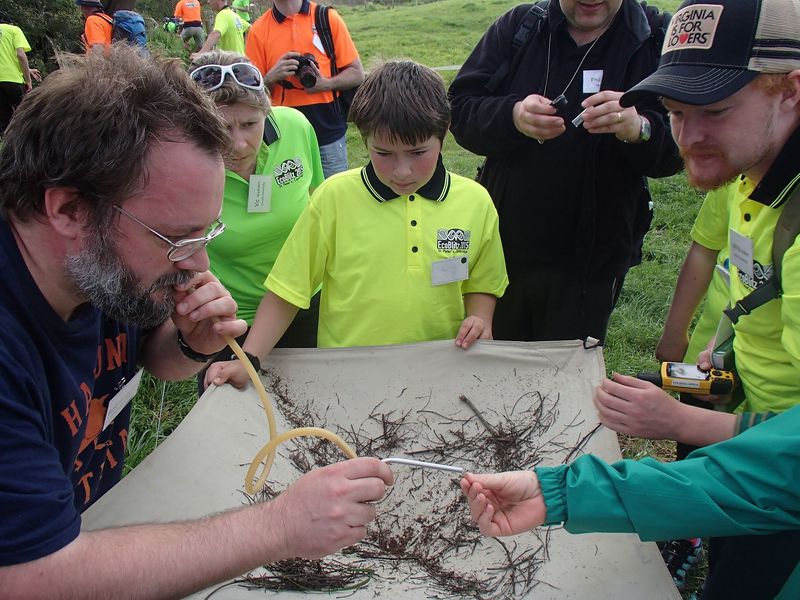 Rob Cruickshank sucks up an insect using a pooter 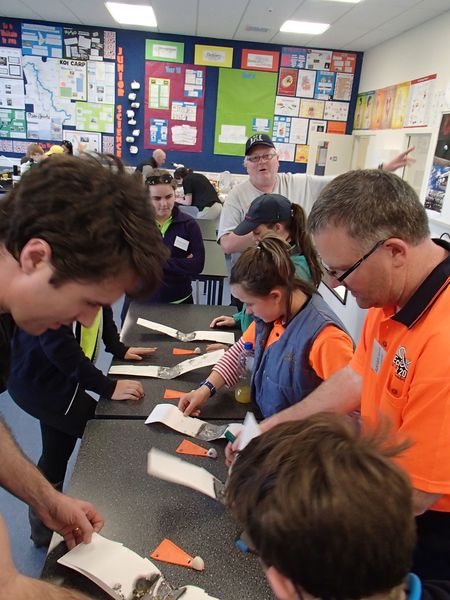 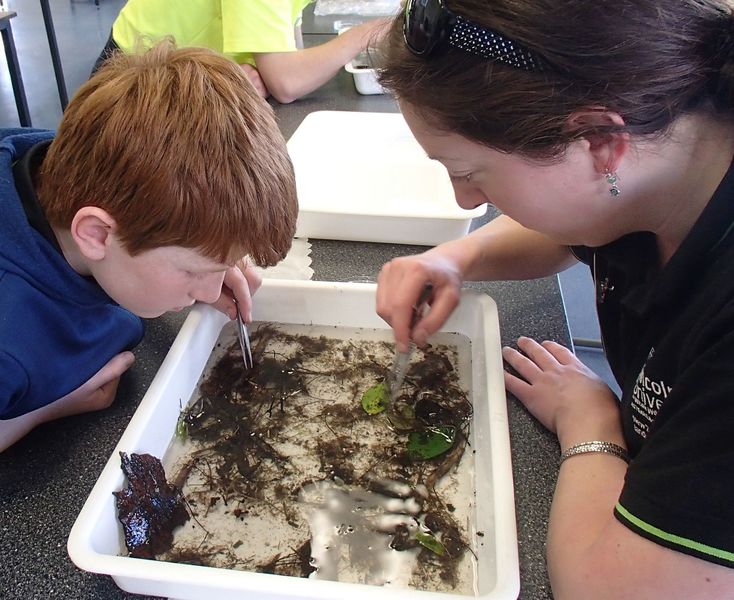 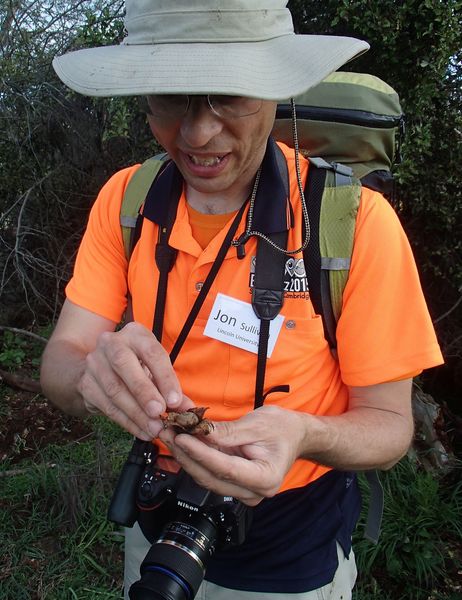 Jon Sullivan with an earthstar fungus 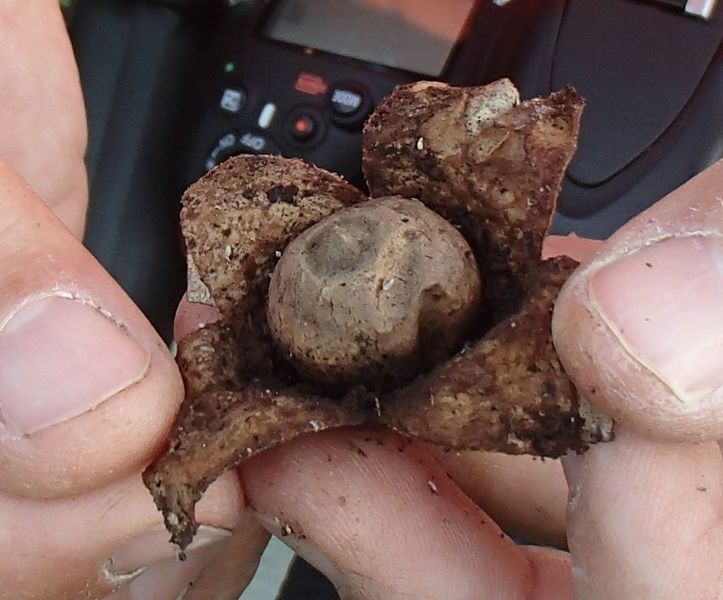 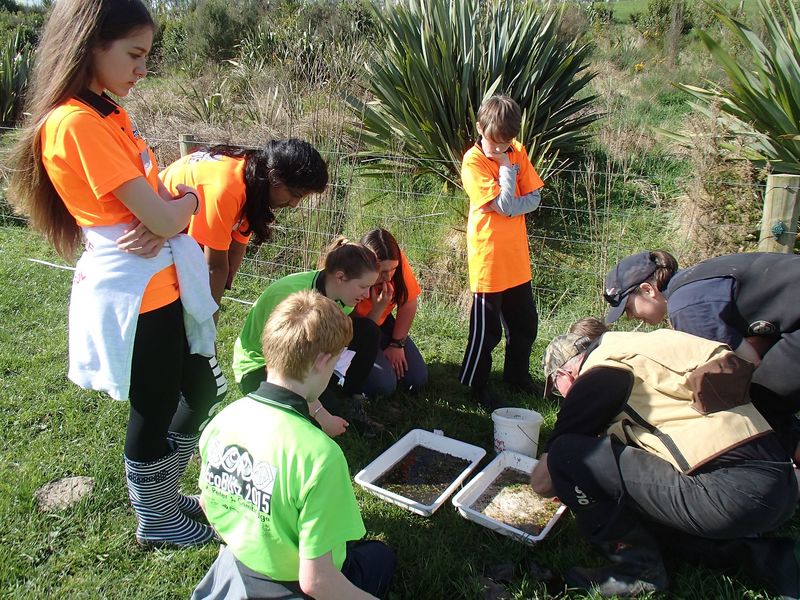 Looking for benthic invertebrates in a sample from the stream 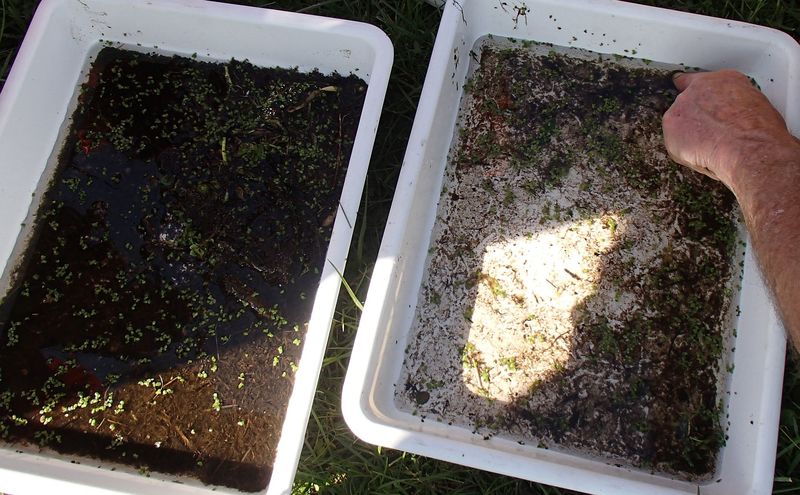 Water samples from the wetland stream 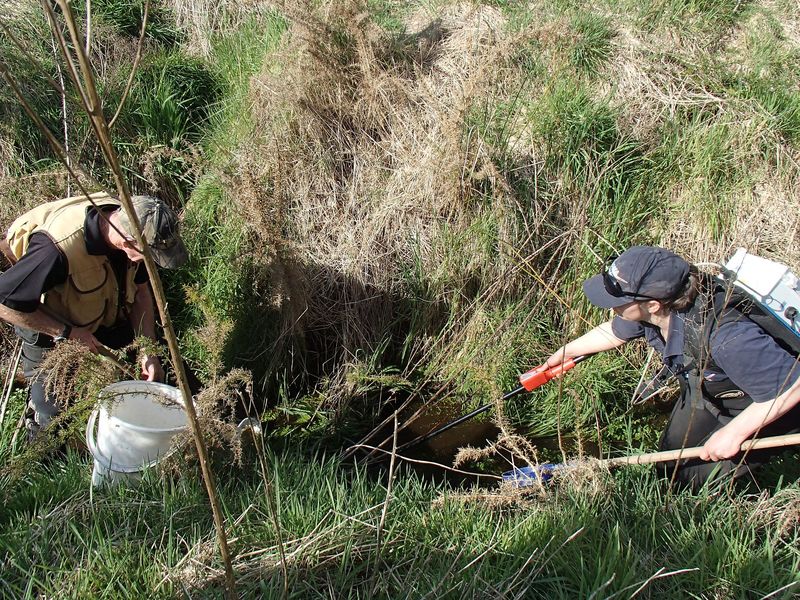 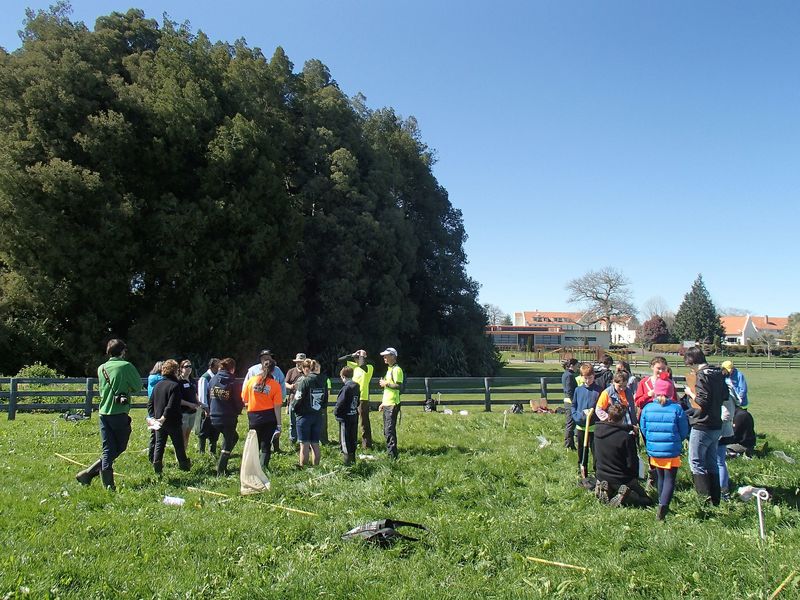 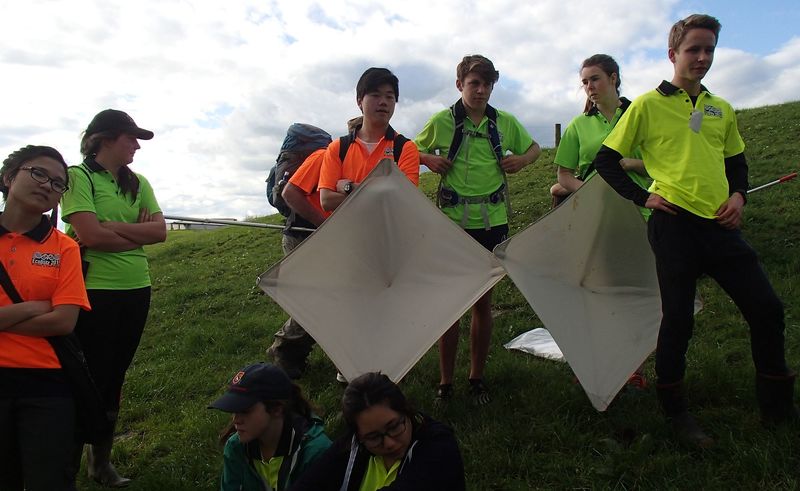 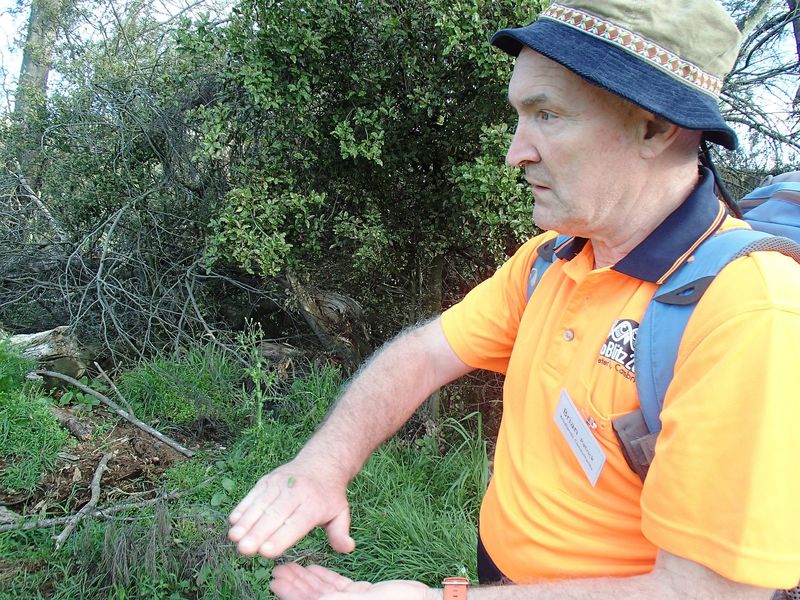 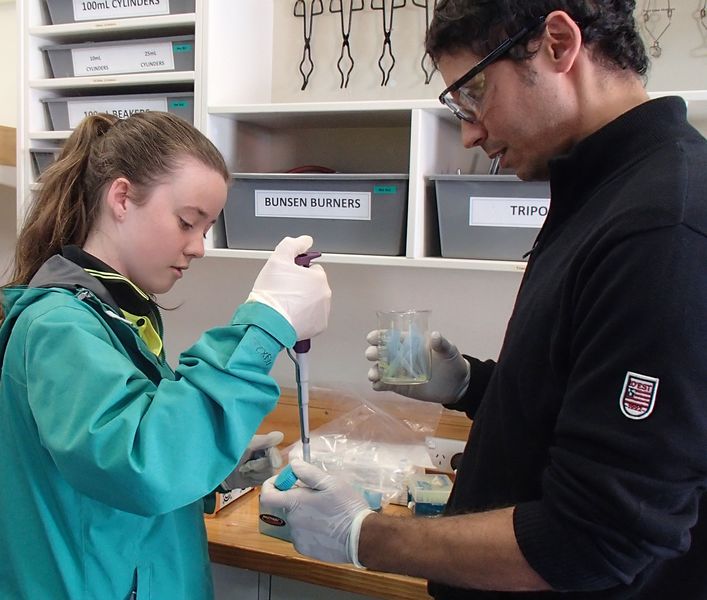 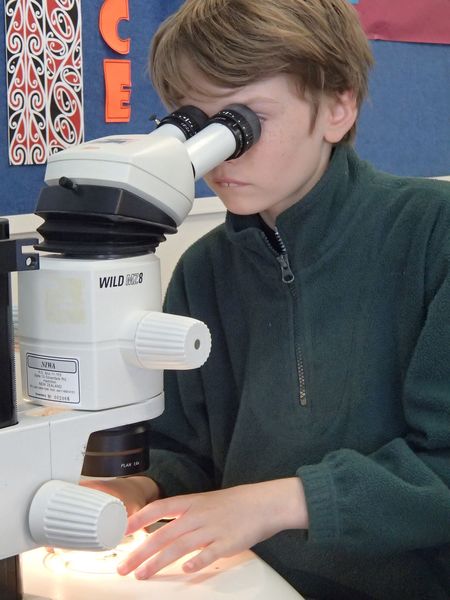 Student looking at insects under a microscope 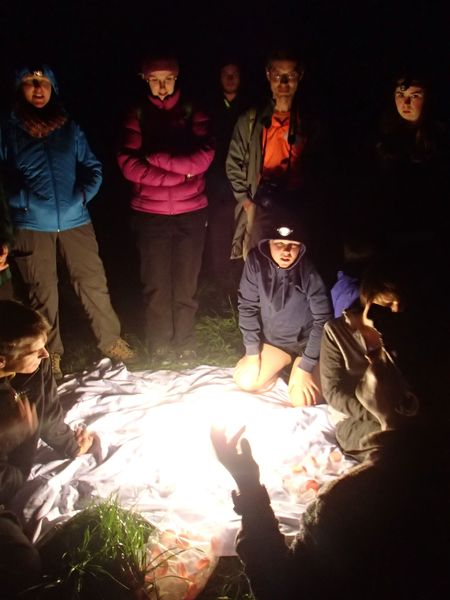 Using a light trap to attract flying insects at night 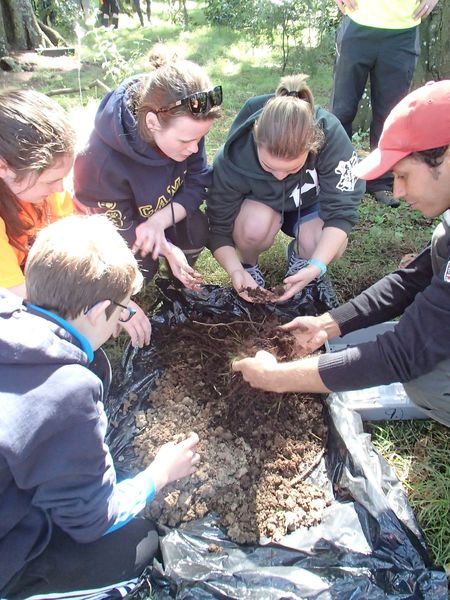 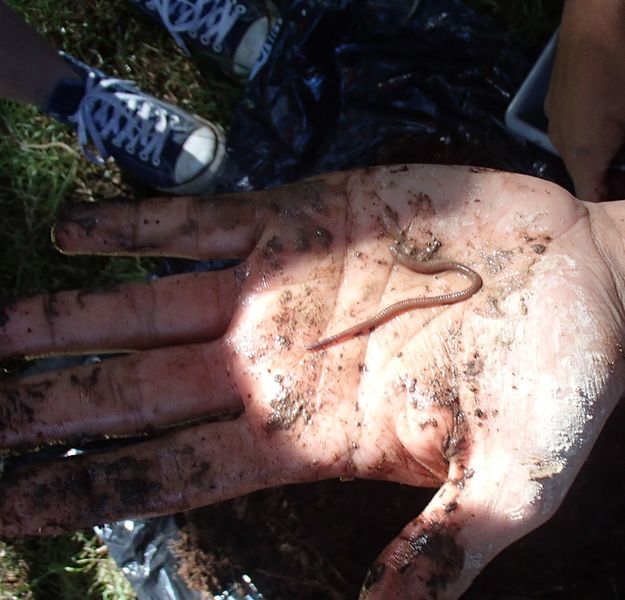 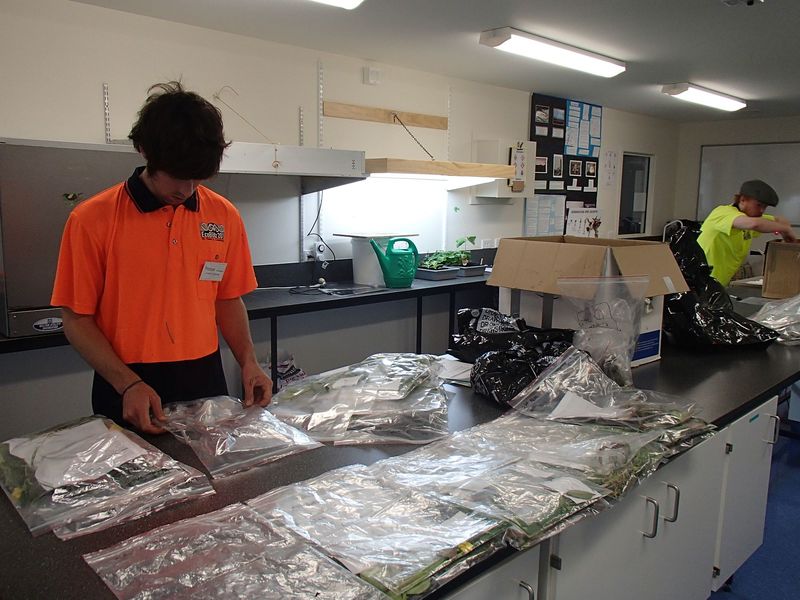 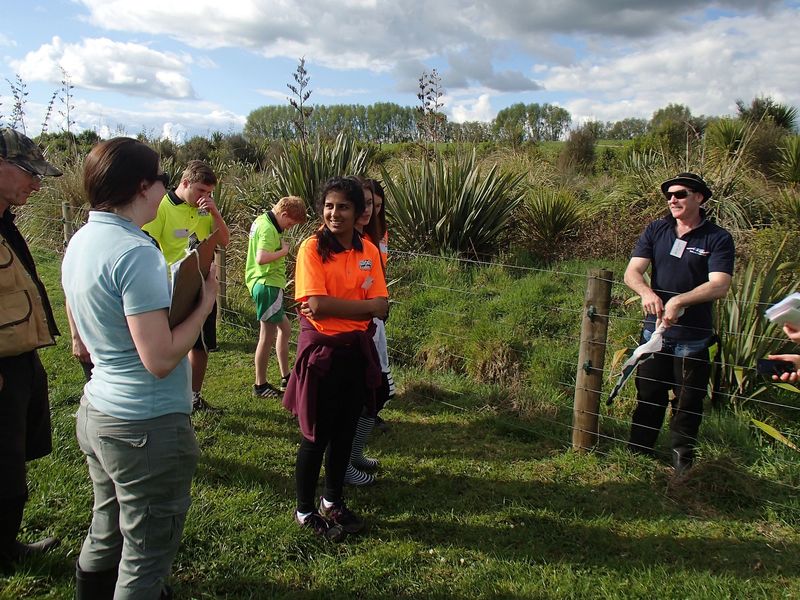 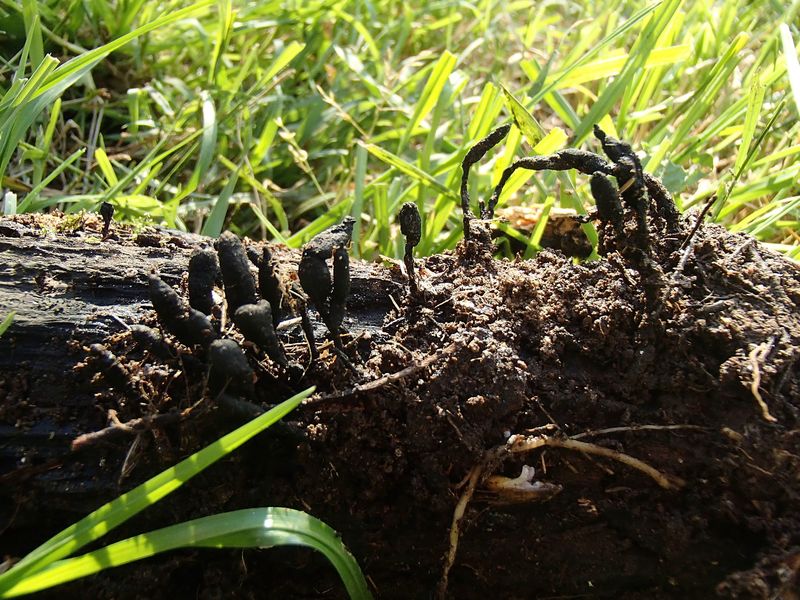 Lincoln University's Ecology Department and Hurunui College pioneered the first Ecoblitz, held in the Nina Valley in Canterbury in 2014. That event went on to be the big winner at the Ministry for the Environment's Green Ribbon Awards that year, winning both the 'Supreme winner' and the 'Communication and education' awards.

In 2015, Lincoln University went into partnership with St Peter’s School in Cambridge. The school’s large grounds next to the Waikato River include a dairy farm, restored wetland and a remnant of kahikatea forest, and Lincoln University is helping the school make the dairy operation more sustainable.

Lincoln University ecologists thought it would be good to combine establishing an ecological baseline for the school with introducing students to some of the tools and methods that scientists would be using to achieve this.

So, over a weekend, a large team of scientists got the students involved in everything from electric fishing in the wetland’s stream, using beating and sweeping to find small invertebrates living on bushes, counting birds, surveying plants, digging for worms and collecting eDNA. At night activities included spotlighting for animals, using a bat detector and collecting flying insects with a light trap.

A key aspect of the event was using Nature Watch New Zealand to help with the identification of plants and animals. Students and scientists posted images of what they'd found and other experts around the country helped identify them.

"We can bring some experts along to the Ecoblitz, but we can’t bring everybody, so the rest of the community gets involved through Nature Watch,” says Jon Sullivan. “I posted a photo of a fungus I photographed in the school’s kahikatea forest, and within a few hours Nature Watch NZ was getting species IDs on them.”

The 50 students involved were very enthusiastic. “We’ve really opened their eyes up to what’s in their school grounds,” says Tim. “And we’ve given them the tools and the enthusiasm, so hopefully they can continue and go out themselves.

“The students have been so keen,” says Tim Curran. “They’ve asked wonderful intelligent questions, and it just goes to show that if you get a really curious mind early on and guide them into science they can continue to be really interested in this sort of thing, we hope.