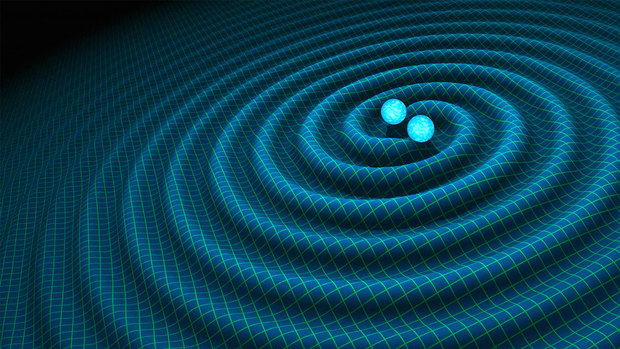 The rumours were flying like spinning black holes for several days, but now it's finally official. In a much anticipated meeting early on Friday, scientists have announced the first direct observation of gravitational waves, giant ripples in the fabric of spacetime that Albert Einstein predicted a century ago in his General Theory of Relativity.

These waves have arrived at planet Earth from the distant universe, where they formed during a cataclysmic event and have stretched and squeezed space as they spread out. Physicists have been hunting for signals of these cosmic ripples for decades, and their discovery is likely to lead to a Nobel prize.

University of Auckland cosmologist Richard Easther describes the discovery, made at the Laser Interferometer Gravitational-wave Observatory (LIGO) in the United States, as the science story of the century. 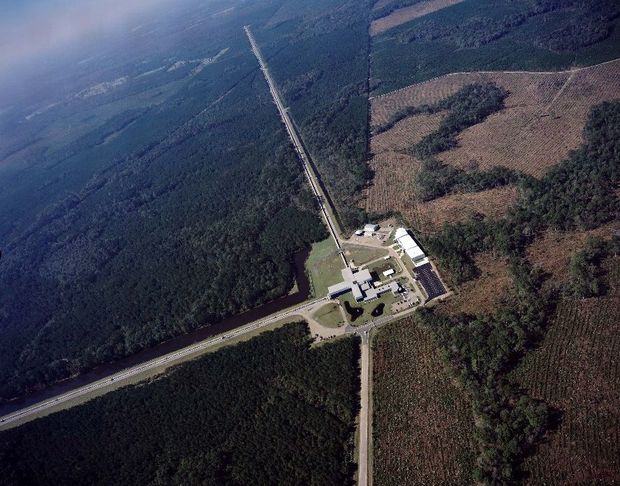 LIGO is a system of two identical detectors constructed to pick up the tiniest vibrations from passing gravitational waves. It was conceived and built by MIT and Caltech researchers in collaboration with other international teams. The twin detectors are located in Livingston, Louisiana, and Hanford, Washington, in the US. 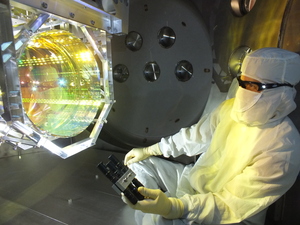 Prior to sealing up the chamber and pumping the vacuum system down, a LIGO optics technician inspects one of mirrors by illuminating its surface with light. Photo: LIGO

Professor Easther says the team has observed a merger of two black holes, both of which are 20 or 30 time the mass of the sun, into one much larger black hole, eventually forming a single space object.

When this happens, it releases an enormous burst of gravitational waves and those can be picked up here on Earth with these sensitive instruments. This is the first time this has been done.

The discovery has a New Zealand connection through the work of mathematician Roy Kerr, an emeritus professor at the University of Canterbury, who described the equations of rotating black holes and their astrophysical consequences. Roy Kerr was awarded the Einstein Medal in 2013 and the 2016 Crafoord Prize in Astronomy for his work.

He says the observation is the product of one of the most outstanding collaborations of science and technology.

"It not only required unbelievable technological advances to be able to measure the incredibly small gravitational vibrations but also several decades of theoretical work needed to calculate the theoretical signals that have now been observed.

"From the frequency of the signal it is clear that this is not two neutron stars colliding but a pair of fairly heavy black holes. Spinning black holes exist.”

David Blair, the director of the Australian International Gravitational Research Centre at the University of Western Australia, says it is hard to overestimate the significance of the discovery.