The importance of taxonomy and biological collections 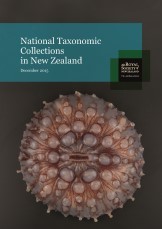 From fishes to fossils, snails to whales, microbes to mushrooms, and trees to mosses, biological collections are a treasure trove of information about our natural world. They have been painstakingly collected by scientists over hundreds of years, cared for by generations of curators, and are regularly pored over by scientists from around the world. But the Royal Society of New Zealand is concerned that these nationally important and irreplaceable items face an uncertain future, due to problems of short-term funding, fragmented and uncoordinated management, lack of legal protection, and a small and aging pool of experts with the knowledge to both use and look after them.

In its new report on National Taxonomic Collections in New Zealand, the Royal Society of New Zealand is calling on the government to take urgent action. ‘The biological collections’ infrastructure’, says the report, ‘needs to be nurtured, protected, and accessible for current and future generations of New Zealanders, within an investment framework that recognises the intergenerational values of these assets.’

What is taxonomy and systematics?

“Taxonomy and systematics is the science of looking at species, and their inter-relationships and evolution,” says Susan Waugh.

“Taxonomy underlines the biological economy of New Zealand,” says Susan. “We use it in defining, for example, what resources we have in the natural world, so plants and animals that we exploit for commercial use. For conservation work, we need to know if we’re dealing with a special plant or animal found just in one site or whether it’s a widespread species. We need to know whether it’s just arrived and is a pest species. Then there are health and well-being aspects as well, such as toxic algae”

What are the national biological collections and where are they housed?

The expert panel that worked on the report identified more than 12 million specimen lots of vertebrates, invertebrates, plants, fungi, micro-organisms, and fossils (and a specimen lot may contain many individual items that were collected at the same time). These millions of items are housed in 29 taxonomic collections, found in Crown Research Institutes (CRIs), the Cawthron Institute, museums and universities around New Zealand. The collections are very varied.

“There are living collections – such as micro-algal cultures and flax,” says Wendy Nelson. “There are fossil collections, tissue samples, dried samples in herbaria, pickled samples. There’s also a huge range of size from bones, feathers and skins to microscopic material.”

Funding for collections currently comes from a variety of sources. The Ministry of Culture funds Te Papa, various city councils fund the metropolitan museums, while CRI funding comes via the Ministry for Business, Innovation and Employment.

Te Papa, as the National Museum, has the largest collections in the country. It is particularly strong in whales, fishes, birds, plants and molluscs. Senior science curator, Susan Waugh, says that some of the first botanical specimens ever collected in New Zealand, by scientists on Captain James Cook’s voyages in the late 18th century, are held at Te Papa, along with other collections that are historically significant.

Wendy Nelson says that collections are not just dry, dusty archives. As well as being important repositories that scientists around the world consult on a daily basis, she says that in the future we may find ourselves using them in ways we can’t anticipate at the moment. She cites the examples of scientists going back to old collections of birds’ eggs to investigate the effect of pesticides such as DDT, and of analysing collections of Antarctic mosses to gather information about ozone depletion in the years before atmospheric ozone measurements were made directly.

Although it is very difficult to put a dollar value on our existing collections, the report estimates they have a conservative value of over $680 million.

Threats to the national collections

The report says that the absence of national-scale oversight means that the current New Zealand collections’ infrastructure is vulnerable to individual institutional policy changes and priorities’, and it cites two recent examples of this. One was a proposal to close the Lincoln University Entomological Collection and get rid of its curator. Another was a Te Papa proposal, made without any consultation with users and other collection holders, to move some or all of its natural history collections from Te Papa in Wellington to off-site storage in south Auckland. The report goes on to say that this ‘is indicative of the lack of formal recognition of the connections across the collection and research sectors.’

While the panel of experts agree that New Zealand’s biological collections should stay where they currently are, they identified as major issues the fact that funding for collections comes from a wide number of sources, and is often year by year. Two main recommendations coming out of the report are a better coordinated approach at a national level, and longer term funding.

Other recommendations include the need for better legal protection for collections, and the development of specific training for future taxonomists, as one of the concerns commonly raised in this area is the aging workforce and the lack of a succession plan. 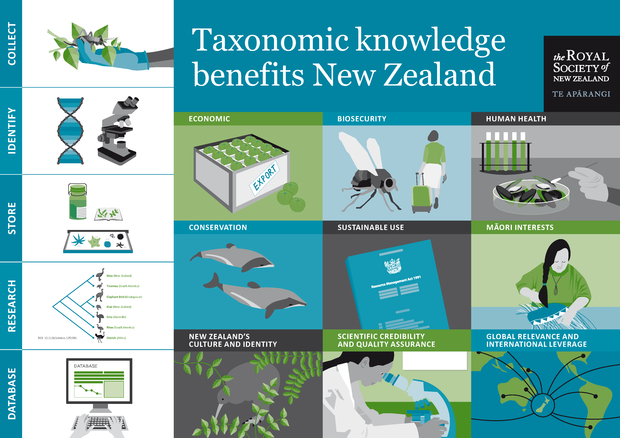