Nitrate leaching is a significant environmental issue, particularly on dairy farms, but soil scientists at Massey University are investigating how taking cows off pasture during certain periods of the year could reduce the problem, while potentially even increasing production. 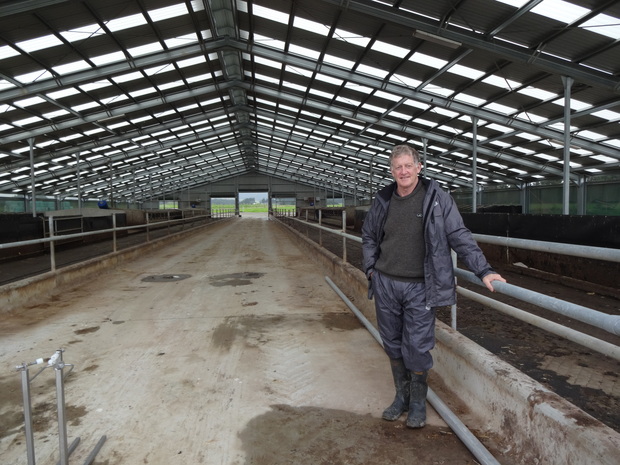 Massey University soil scientist Mike Hedley and his team are investigating how taking cows off pasture and into housing during certain periods of the year could reduce nitrate leaching on dairy farms. Photo: Veronika Meduna / RNZ

When cows graze on a paddock, they deposit a patch of concentrated nitrogen every time they pee. From there, it can leach through the soil and pollute groundwater and streams.

At Massey University’s research dairy farm, Mike Hedley and his team are using a barn to take cows off pasture during certain times of the day to reduce nitrate leaching.

“A cow only takes about four hours to eat its grass and it doesn’t need to be in the paddock all the while between morning and evening milking and it can drop its urine somewhere else rather than in the field. It is those urine patches that cause most of the nitrate leaching.” 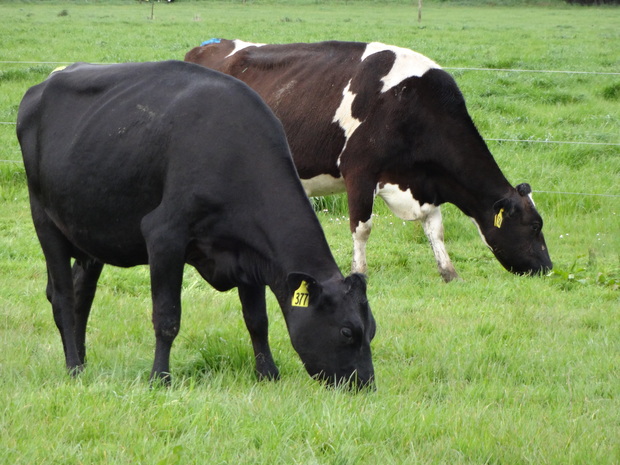 When cows graze on a paddock, they deposit a patch of concentrated nitrogen every time they pee. Photo: Veronika Meduna / RNZ

The project is part of Pastoral 21, a series of trials run in collaboration between the dairy industry and researchers to increase productivity while decreasing the environmental footprint of dairy farming.

The Massey University team is comparing traditional pasture grazing with farm management practices that either house cows part-time in a barn or take the herd off pasture in winter or on wet days.

In soil pits throughout the pasture, the team collects water samples after heavy rainfall to monitor the concentrations of nitrate, potassium, calcium and phosphate. Water is also collected from surface run-off plots to measure phosphate lost from the surface of the soil during a storm event. 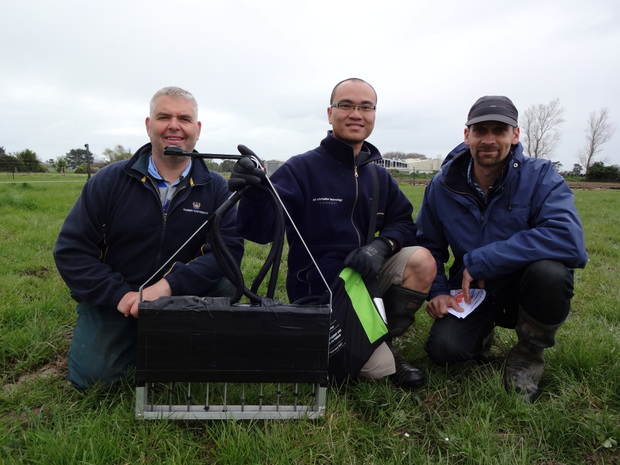 Jay Howes, Quang Mai and James Hanly with a puggometer, which they developed to assess treading damage to the soil. Photo: Veronika Meduna / RNZ

Another aspect of the research is to monitor the impact of treading damage, or pugging, on pasture growth. James Hanly says the team developed a ‘puggometer’ to measure the relationship between soil moisture, treading damage and grass growth and to work out a protocol when cows would best be taken off pasture.

During the periods of housing, any effluent is collected in a pond and can be applied back to the paddock more evenly, either by spraying or injecting it into the soil at times when the soil is just dry and warm enough to avoid any drainage and nitrate leaching.

Mike Hedley says earlier trials have shown that on-off grazing practices can cut nitrate leaching by half, but even if housing is used only during autumn, it still reduces the problem by 38 per cent.

“Taking this from here to the farm-scale is the next step. Farmers could use the pugging score to recognise when they should take cows off the paddock. In terms of choosing the time of year when to put the cows into the house or stand them off, we recognise that if a farmer did that all year round it’s an awful lot of extra work. But if you focus on the autumn and summer period, certainly in the North Island and on non-irrigated farms, it fits much better into that part of the year.”

Even though the practice mitigates the problem of nitrate leaching, he says it remains to be seen if it can also increase production.