Life at the edge

On land, Antarctica is almost monochromatic. But just below the sea ice that surrounds the continent, the ocean floor teems with life and colour. 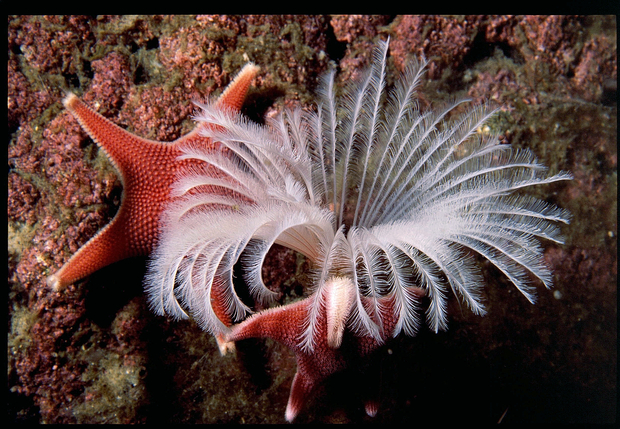 The ocean floor off the Antarctic coast teems with life and colour, such as this feather duster worm and starfish, at Cape Evans. Photo: Rod Budd

Light is crucial for life, but off the Antarctic coast, marine creatures have to get by without it for weeks during the long polar winter.

She says despite these challenging conditions, invertebrate marine life around Antarctica is diverse. Many species are similar to those one would find in more temperate coastal waters, but some major groups, like crabs for example, are missing completely. Others flourish in numbers not seen in warmer waters.

Ice determines life under water. Only less than 1 per cent of the light that reaches the surface of the ice passes through it, cultivating patches of algae on the underside.

These algae are the ocean’s primary producers and the first link in the food web, but with the stark contrast in light between the Antarctic seasons, such food supplies fluctuate from feast to famine. 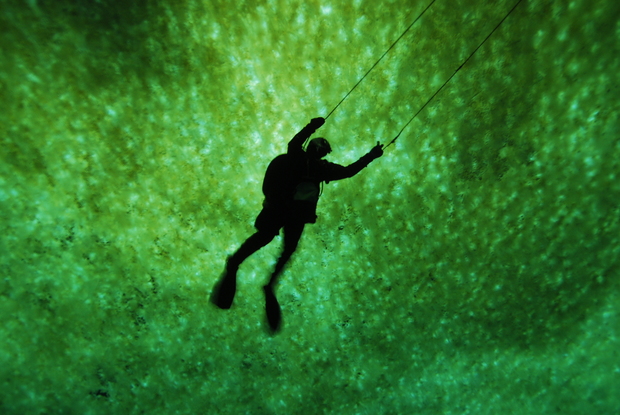 The underside of Antarctic sea ice is covered in algae. Photo: Peter Mariott

”A lot of them feed in multiple different ways. They might be filter feeders, scavengers or predators, so they are really good opportunistic feeders. They just take what they can get.”

But she says their finely tuned lifestyle at the edge means that they cope less well with gradual changes, such as warming seas and ocean acidification. 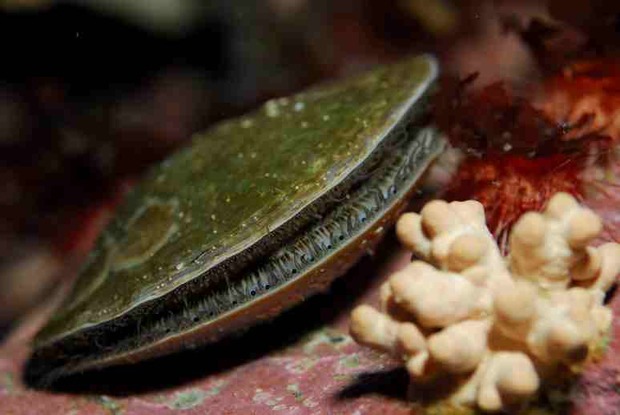 The shells of Antarctic scallops are thinner than those of shellfish in more temperate waters. In more acidic waters, their shells become even more brittle. Photo: Rod Budd

Vonda Cummings is one of the speakers in the Royal Society of New Zealand’s Luminaries lecture series and will present her talk in Christchurch on Thursday 26. You can also watch the live-stream.