A new-generation trap designed to catch only lizards, a bait that is specific to wasps and an iwi-led community project have each been awarded a $25,000 grant to recognise their contribution to conservation.

The winners of this year's Conservation Innovation awards, launched last year by WWF as an initiate to recognise great ideas that boost conservation, are celebrating in Wellington tonight. The selection process for this year’s awards included a crowdsourcing campaign, which allowed people to comment on the ideas and projects that had been submitted.

By harnessing creativity like this we can bring better tools to the community volunteer army and better protect our wildlife, sooner. 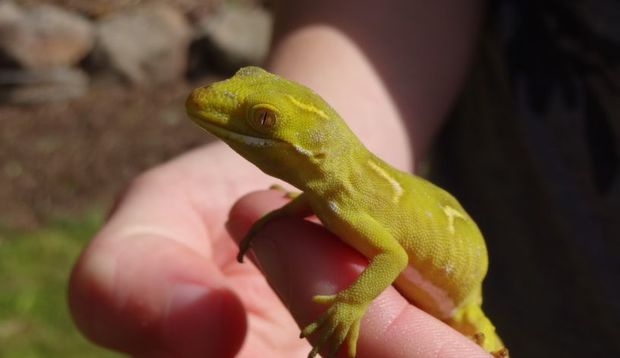 EcoGecko herpetologist Ayla Wiles holding Big Green, an Auckland green gecko, which is found only in the northern half of the North Island. Photo: Veronika Meduna 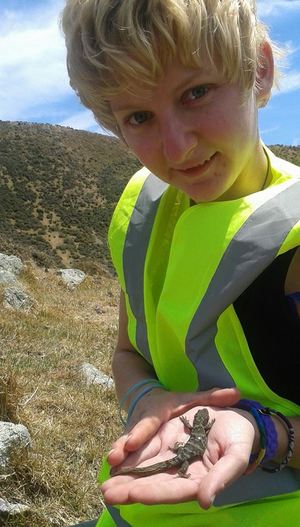 Almost all of our lizards – more than 100 species of geckos and skinks – are endemic to New Zealand, but 85 per cent are considered threatened because of introduced predators or disruptions to their natural habitat. They are found in all habitats, from the coast to the mountains, and play an important role in ecosystems as seed dispersers and pollinators of native trees.

Yet, for decades, the main method used for monitoring lizard populations was a simple bucket used as a pitfall trap.

EcoGecko, a group of Wellington-based herpetologists, has developed a new-generation trap designed to monitor lizards much more reliably. The grant will be put towards making and testing a prototype. EcoGecko’s Ayla Wiles says the new trap will help gather better population data for New Zealand’s “forgotten fauna” of lizards and information about their importance as indicators of ecosystem health.

“They are in all of the kinds of ecosystems we have in New Zealand, and they are one of the most susceptible to predation and changes in their environment. If they are not in an ecosystem you can tell that the ecosystem is struggling and something‘s not going right.”

You can listen to an earlier Our Changing World feature in which Alison Ballance went on a lizard hunt with EcoGecko's Sabine Melzer. 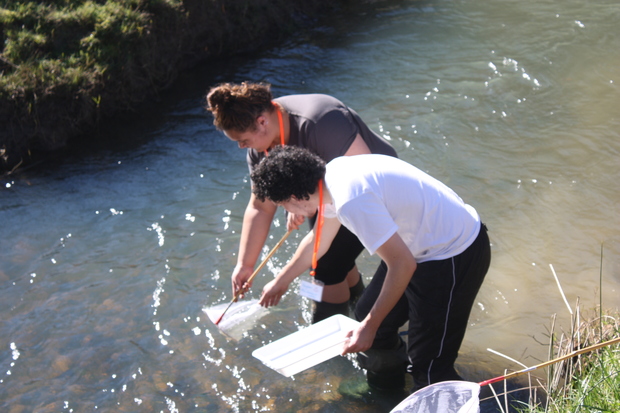 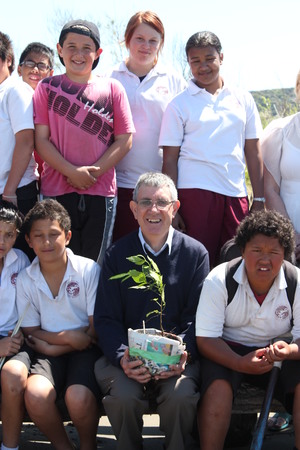 Sir Paul Callaghan visited Tolaga Bay during the transit of Venus celebrations in 2012 and was an inspiration behind the Uawanui project. Photo: Uawanui project

This iwi-led community project from the East Cape is based on the principle that a healthy environment means healthy people. Its focus is on the Uawa river catchment in Tolaga Bay, and it began in 2012 when the community gathered to mark the transit of Venus and Captain’s Cook’s first contact.

With a long-term commitment to make conservation a part of everyday life, the project’s aim is to integrate environmental efforts with economic, social and cultural development and education in the Uawa Tolaga Bay area.

Nori Parata, the principal at Tolaga Bay area school, says the project began as a school initiative to restore the estuary nearby to what it would have looked like in 1769, when Captain Cook arrived in Uawa.

The community has worked closely with scientists from the Allan Wilson Centre to replant the area in native vegetation and to control pests. As a result, the team found that the Uawa area is home to a population of New Zealand dotterel, or tuturiwhatu, and the students are now using the latest technology to monitor the birds’ breeding success.

“It’s rarer than some species of kiwi so we’ve become very protective of it now that we’re aware of that.”

You can listen to this special Our Changing World programme recorded in Tolaga Bay during the transit of Venus, which also features the Uawanui conservation project. 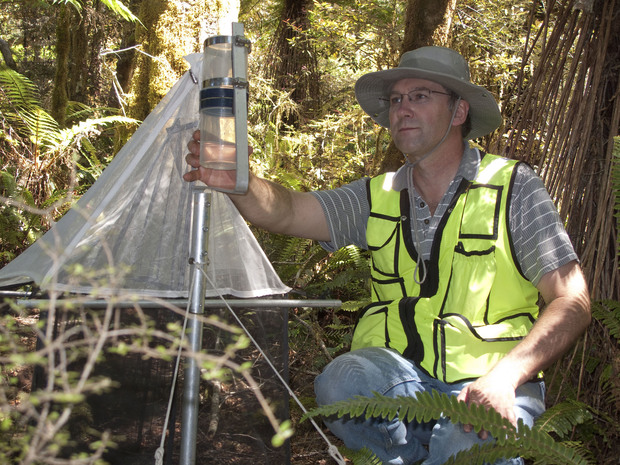 Invasive wasps cause around $60 million worth of damage to the New Zealand environment every year. They compete with native species for nectar and honeydew, attack honeybees and kill a range of native invertebrates and even newly hatched birds.

Nelson-based ecologist Richard Toft says wasps can reach high numbers in beech forests, up to 10,000 per hectare, and with few natural enemies to control them, populations can reach plague proportions during summer.

The search for an effective wasp bait and toxin has been a long-term effort, but has been hindered by the phasing-out of some insecticides that have shown harmful unwanted effects.

Richard Toft, at Entecol, has developed a protein-based bait system, Vespex, that is specific to wasps. He says the wasps are attracted to the protein food, which they need to feed their larvae, and will carry it back to their own nests. Importantly, he says the bait is unattractive to bees.

Vespex has already been trialled successfully in conjunction with the Department of Conservation and showed a 95 per cent reduction in wasp activity within a week.

Our Changing World have covered last year's inaugural Conservation Innovation awards and you can listen to that programme here.