A journey through the Anthropocene

This idea seems to have caught the imagination beyond the science world into the worlds of culture, artists, novelists – everyone has embraced this idea that we are this enormous species that has changed the planet.
Gaia Vince, Adventures in the Anthropocene 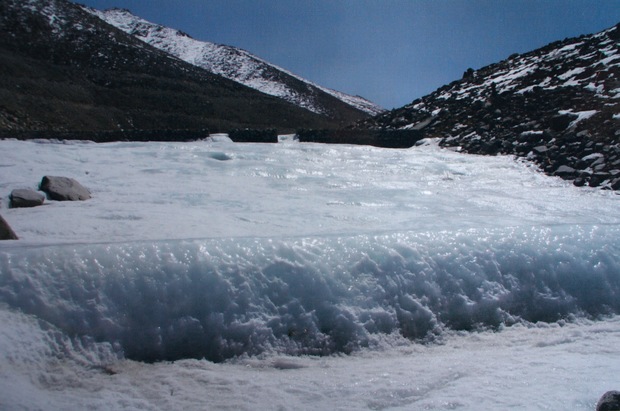 As ice is in retreat worldwide, an engineer in Ladakh has come up with a way of creating artificial glaciers to store the water for summer growth. Photo: Gaia Vince

It seems absurd to think that a species that has existed only for the tiniest fraction of Earth’s history should have an impact so profound and lasting that it changes the way our planet works. But that is exactly what we are doing. 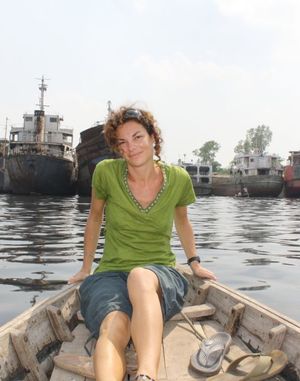 “It is undeniable that we have become a planetary force,” says Gaia Vince, a science writer whose book, Adventures in the Anthropocene, recently won the Royal Society’s Winton Science Book prize.

Through mining alone, we have moved more sediment than all the world's rivers combined. At the same time, we have built thousands of large dams that have slowed down natural sediment flow, which means that some of the world’s large river deltas, home to millions of people, are eroding away faster than they can be replenished.

We have depleted the ozone layer, are warming the planet, raising sea levels, acidifying the oceans and pushing other species closer to the brink of extinction. And we’re doing it on a prodigal scale and an accelerating pace that outruns geological timeframes.

“There is one species that is responsible for all of this,” says Vince. Our fingerprint is everywhere, she says, as we define the Anthropocene, an epoch that is largely determined by our impact on the world around us.

Next year, scientists from various geological societies will begin the slow process of determining whether the term Anthropocene should be formally accepted to describe a new epoch. Officially, we’re living in the Holocene, a period that spans roughly the last 12,000 years, but Vince says momentum is building to establish a new geological period that recognises humanity’s impact on the planet.

The term Anthropocene was coined by atmospheric chemist Paul Crutzen, whose work contributed to the discovery of ozone depletion and eventually earned him a share of the Nobel prize in 1995.

The idea of the Anthropocene has since been gaining traction. “Everybody has been grappling with this idea and it seems to have caught the imagination beyond the science world into the worlds of culture, artists, theatre writers, novelists – everyone has embraced this idea that we are this enormous species that has changed the planet.”

Vince says one of the drivers of our planetary impact is exponential population growth, which has become possible because we have harnessed the energy stored in fossil fuels. It took humans 50,000 years to reach a population of one billion. In just the last decade, we’ve added another billion people, and by the end of this century, our global population could be nine billion.

Another driver is that we are fast becoming an urban species. “At the start of the 1800s, 3 per cent lived in cities. Now more than half of us do, and by 2050 more than three quarters of all people will live in cities. We are now an urban species and live in an artificial environment and that has meant that we are a concentrated species on the planet and using the rest of the world as a sort of factory to supply everything we need.” 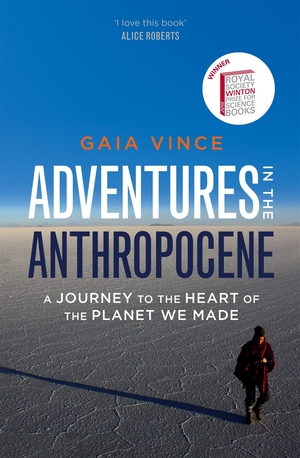 In Adventures in the Anthropocene, Vince charts our impact on different parts of the globe, with each chapter focusing on landforms such as mountains, savannahs and the oceans. In the marine environment, she says one of the strongest signals of our impact is that the first entire ecosystem at risk of going extinct will be coral reefs.

However, despite the fact that it deals with a global and all-encompassing crisis, the book remains optimistic. After years of working as a science journalist, Gaia Vince quit work and travelled the world for more than two years in search of people and communities learning to live in a fast-changing world. In the book, she introduces many of them, including villagers in India who use satellite technology to glean water and farmers in the Himalayas who create artificial glaciers, and shares their future-focused outlook.

“I don’t say that all is doomed, but I do say we need to prepare ourselves and try and find ways of dealing with this changed world, because we’re not living in the Holocene anymore. We’re living in a completely different world and we need to adapt to that."