“We’re looking into ways that people might be able to improve their brain functioning, focusing on lifestyle choices such as exercise and diet.”
Liana Machado, psychologist, University of Otago 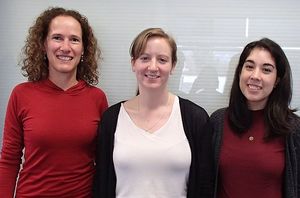 Breads made with beetroot, hazelnuts or low salt are part of a study currently underway at the University of Otago to see if a better diet is good for our brain. The study involves 200 people, both young and old, who are randomly assigned to eat four to six slices of either a control bread or one of the three supplemented breads daily. Participants have their cognitive function tested before, during and after 12 weeks of eating the bread.

The researchers anticipate that the extra nutrients and the lower salt will benefit blood supply to the brain. The hazelnuts are a good source of unsaturated fats, while the beetroot is high in nitrates and is good for endothelial function.

Previous international research has shown health benefits from eating beetroot juice and nuts, and the novel aspect of this research is including them in a commonly eaten, economical food item. The study is also testing the palatability of the various breads.

“We’re trying to make an alteration in something that’s already a habit, rather than trying to form a new habit,” says psychologist Liana Machado.

The current dietary intervention is a collaboration between Liana Machado in the Psychology Department, and Katherine Black from the Nutrition Department.

Previous research by Liana and her students has found a correlation between levels of exercise and the ability to perform well at a cognitive level. People who exercised more regularly had improved oxygenation of their blood, and better regulation of their blood flow. The surprising aspect of this work was that the benefit occurred in young people, as well as older people.

“It’s not just your grandparents that need to get out there and exercise. Young adults should be as well.”