We want to find Earth 2.0. We want to find another Earth out there to convince ourselves that this is not the only planet on which there are conditions sufficient for harbouring life like us.
Nick Rattenbury, University of Auckland 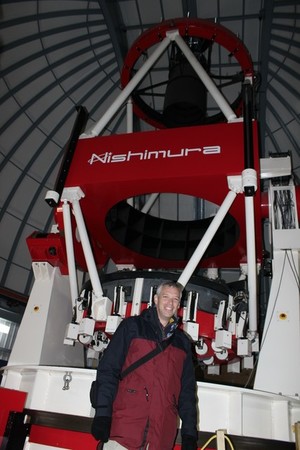 Is there life elsewhere in the Universe?

It’s an ancient question, but over the last two decades, astronomers have gone a long way towards delivering an answer as they identified nearly 2000 planets that orbit around stars outside our own solar system.

One of the detection tools they have used in this quest is based on a prediction by Albert Einstein’s General Theory of Relativity, which describes how gravity can change the path of light.

Nick Rattenbury, an astrophysicist at the University of Auckland, says a massive object like a star can bend the light coming from behind it and essentially act as a magnifying glass in a process called gravitational microlensing.

“If that foreground object is a single object like a star then the way the light appears to get brighter and fainter is very smooth, very predictable and symmetric. If on the other hand, the foreground object consists of several objects, things get interesting.

“The apparent brightening and fading of that background star is no longer smooth and symmetric. We see glitches, extra little signals that may be due to a planet going around in the foreground of the system.” 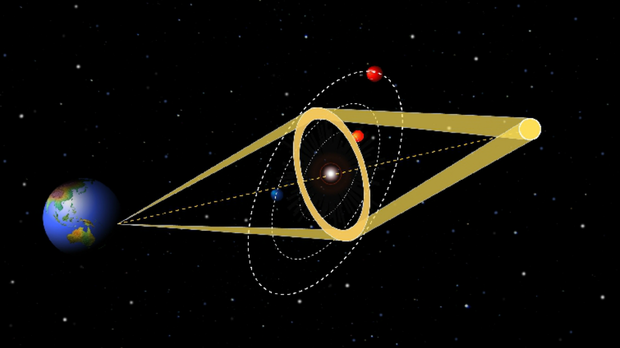 Einstein himself thought that the chances of this happening are so remote that we’d never see it, but he could not foresee the power of modern computers, which now allow astronomers to monitor millions of stars, night after night, simultaneously.

New Zealand is making a significant contribution to the quest of tracking down extra-solar planets with the help of gravitational microlensing. One of the large telescopes at the Mt John Observatory at Lake Tekapo is dedicated to this task, scanning a particular section of the Southern Hemisphere skies during clear nights. 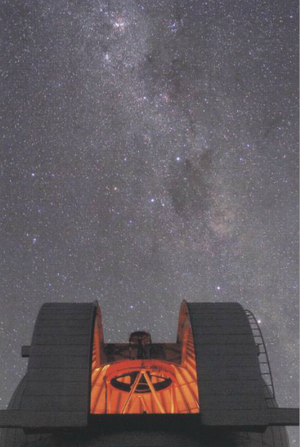 MOA 2, a telescope at the Mt John Observatory at Lake Tekapo, monitors a patch of the Southern Hemisphere sky for microlensing events. Photo: Nick Rattenbury

Whenever the 1.8 metre MOA (Microlensing Observations in Astronomy) telescope detects anything of interest, other astronomers are alerted to turn their own telescopes to that position and take their own observations.

These observations are combined with those made with telescopes in other places around the world, operated by other microlensing collaborations. The data from these projects need to be analysed and Nick Rattenbury’s task has been to develop a planetary model to help characterise any signals, and ultimately identify which kind of planet has been detected.

Our Changing World has previously featured the MOA project and several interviews with astronomers involved in the search for alien planets.

Nick Rattenbury says the quest is motivated partly by the tantalising possibility that there might be another Earth-like planet that could harbour alien lifeforms. “We want to know whether Earth is in fact unique or if there are millions of other Earths out in the galaxy.”

He remembers the 1995 discovery of the first extra-solar planet as a “seismic shift in thinking”.

Gravitational microlensing has so far detected 41 of the almost 2000 planets, but it is an important method because it usually picks up planets that occupy a space around their star that cannot easily be accessed by other techniques, such as the transit method used by the Kepler space telescope. “This helps to fill the gaps in our knowledge of how planets form around their host stars. We have a couple of competing theories and the more we know the better we’ll be able to distinguish between the predictions we’re getting.”

However, the Kepler telescope has a better chance of identifying Earth-like planets at the present time.

“The stars that act as gravitational lenses are going to be the most common stars in the galaxy and that tends to be red dwarves – small cool stars. Because of that and because microlensing tends to find planets further out than Earth orbits around our sun, the planets it finds are far too cool to have liquid water – and that after all is something we think of as essential for life.”

Nick Rattenbury is one of the speakers in the Royal Society of New Zealand’s Luminaries lecture series to mark the International Year of Light. He will give his lecture about “Gravity’s Telescope” in Hamilton this Thursday, at 7pm, and it will also be live-streamed.