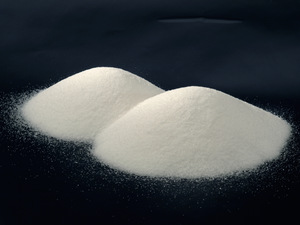 The sodium in salt is responsible for increasing blood pressure and too much sodium can contribute to cardiovascular diseases such as heart attacks and strokes Photo: CC BY 2.0 Dubravko Sorić

Since recording this interview about sodium in our diet I’ve become obsessed with reading food labels – and we’ll get back to those labels later. Sodium is a key ingredient in salt, and I’ve discovered, for instance, that 2 slices of bread contain almost one sixth of your daily recommended intake of sodium, while a single serving of baked beans contains nearly half.

It’s abundantly clear that we live in a high salt world – so how feasible is it to have a low sodium diet?

It’s exactly that question that master’s student Catherine Lofthouse at the University of Otago is trying to answer with a group of keen volunteers.

“We’re investigating what are the barriers and supports for people trying to lower their sodium intake and follow a low sodium diet,” says Catherine. “We’re also interested in finding out if someone goes on a low sodium diet, do they also find themselves making other dietary changes, for instance do they end up consuming more sugary or fatty products.”

Processed foods make up a significant proportion of modern diets, and public health physician Rachael McLean says that a lot of the sodium we eat is contained in these foods. “So we anticipate that it’s actually quite hard to lower your sodium intake if you eat like normal New Zealanders do” she says.

The World Health Organisation recommends that a healthy adult eats no more than 2 grams (or 2000 mg) of sodium a day; this is as much sodium as you get in 5 grams, or a teaspoon, of salt. Children should consume much less than this. The bad news is that the average New Zealander eats about 3.5 grams of sodium a day, which is 9 grams of salt – or about one and a half to two times what we should be eating each day.

Too much sodium is a health issue because it is strongly implicated in raising blood pressure, which leads to cardiovascular issues such as stroke and heart attack.

“The link between sodium and blood pressure is very, very strong” says Rachael.

So why the high levels of salt in processed foods? Salt takes water with it into products, so it makes foods seem juicier and makes them heavier. And people enjoy eating salty food.

Catherine’s study involves ten volunteers, such as Tanya Lyders. Tanya joined the study because her husband had had a stroke, and she is interested in eating more healthily. Although she thought they ate quite a healthy diet already she confesses that they have a busy lifestyle and ate quite a few processed foods as well as the occasional takeaway meal.

After an initial assessment Catherine provides the study volunteers with nutrition education and a useful handbook that she has developed. As well as weekly support meetings she supplies low sodium recipes that she has developed, provides web links to further low sodium recipes, recommends the use of Low Salt which contains two thirds less sodium, gives advice on reading food labels, suggests that people use a free phone app called Food Switch to help interpret food labels and find healthier alternatives, and recommends using other seasonings such as lemon juice, herbs and pepper to make up for the loss of salt. Tanya reports that she finds the Healthy Food Guide very useful.

Rachael says a useful trick is to simply not add salt during cooking, but leave people to add salt at the table, as this results in less salt being used.

Tanya says her biggest challenge has been getting her husband – who does much of the cooking in the household – on board.

“It’s also been a challenge to find low sodium alternatives – there is just so much sodium in food.”

She says they’ve gone back to cooking more unprocessed foods, and she has become a diligent reader of food labels as the amount of sodium can vary markedly between products.

Getting used to the change in taste has been “a huge issue” for both Tanya and her husband, as it takes 8-10 weeks for taste buds to readjust to lower sodium levels, but she reports that she is now appreciating the flavour of unsalted food.

Catherine, Rachael and Tanya all commented on the difficulty of reading food labels, which are printed in very small type. Tanya observed that some labels report sodium in grams while others use milligrams, which added to the difficulty.

“Catherine had provided me with a guide as to what is low, medium and high sodium,” says Tanya, “so I’m always trying to keep it below about 300 mg. But you have to add up all the component parts of the meal, so if you can manage to make it less than 500 mg of sodium you’re doing quite well.”

Rachael observes that a simple traffic light scheme would be much more user friendly, but adds we are unlikely to see such a scheme adopted any time soon.