Shining a light on our biological clock

“All organisms that you choose to look at have got innate, endogenous biological clocks and those clocks are adjusted on a daily basis by light.
Guy Warman, University of Auckland 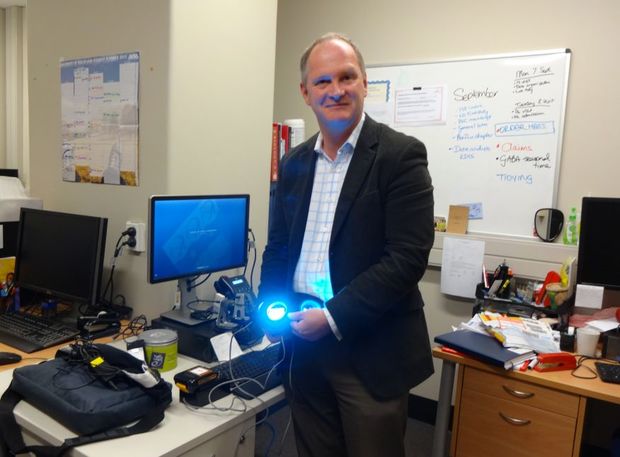 Guy Warman with a pair of light-producing goggles, which the team uses to give light therapy to patients during surgery. Photo: RNZ / Veronika Meduna

Sunlight is a powerful signal for our body. It drives our daily rhythms and sleep cycles, but this biological clock can get out of sync during general anaesthesia. The consequences for patients waking up after surgery include a sense of jet lag and disrupted sleep patterns, which in turn slow down the wound healing process and affect the immune system.

Guy Warman, at the University of Auckland's medical school, has been investigating why this is the case, and his team is now running a patient trial to see if light therapy could be used to prevent the circadian clock's disruption. 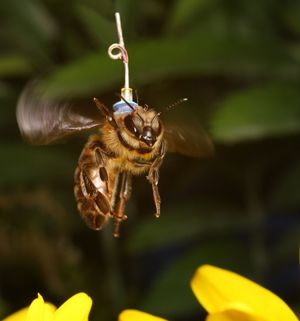 In earlier experiments, his team used honey bees and other animal models, and found that when bees are given a general anaesthetic, their clocks shifts and they, too, experience jet lag.

“We are clear that a period of anaesthesia during the day time in bees shifts them to a later time zone. They are effectively shifted from New Zealand to Sydney time.”

Even though the bees can see the position of the sub, they behave as if they were in a different time zone, flying in a direction that is offset by the time shift.

In the bees, the team has been able to monitor the switching on and off of several genes that control the circadian clock. “From looking at the expression patterns of those genes, we can show that that anaesthesia is acting directly on a molecular level to cause the jet lag."

The bee experiments also showed that light treatment during the anaesthesia prevented the time shift – and that has prompted Guy Warman to investigate whether light therapy during surgery could help patient recovery.

The team has launched a clinical trial with kidney donor patients, essentially healthy people who are undergoing major surgery, to see whether light-producing masks can help reduce the biological clock’s disruption.

The patients’ sleep patterns are monitored closely before and after surgery, and their body temperature is tracked to provide an even more accurate measure of circadian rhythms. One group receives light therapy during surgery, in the form of intermittent light signals during the operation, while another is given a placebo treatment.

We know that having disrupted sleep and disrupted circadian rhythms does compromise a whole range of different of things. Mood is the obvious one, but also more subtle things like immune function and wound healing. So if we can reduce  the amount of disruption by something relatively trivial like light, then we might actually stand a chance of speeding up post-operative recovery.

Guy Warman is giving the first in the Royal Society of New Zealand’s Luminaries series of lectures around New Zealand in recognition of the International Year of Light.