To most of us, Antarctica is a stark, inhospitable wasteland where life is just about impossible, but a team of scientists has found the frozen continent is teeming with life. 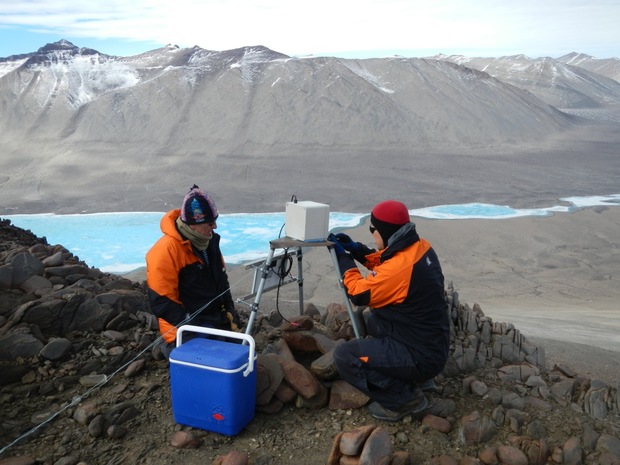 Research published today in the journal Nature describes a surprising diversity and richness of life, far greater than previously thought but the researchers also warn that without adequate protection, human activity could drastically change these ecosystems.

"We now understand that Antarctic biodiversity is much more extensive, much more diverse, and really quite interestingly structured across the continent and the Southern Ocean,” Monash University biologist Steven Chown says.

The discovery is not about trees and lions but rather two-dimensional miniature forests of lichens and mosses and vibrant ecosystems of tiny animals, where the largest predators are the size of a full stop. 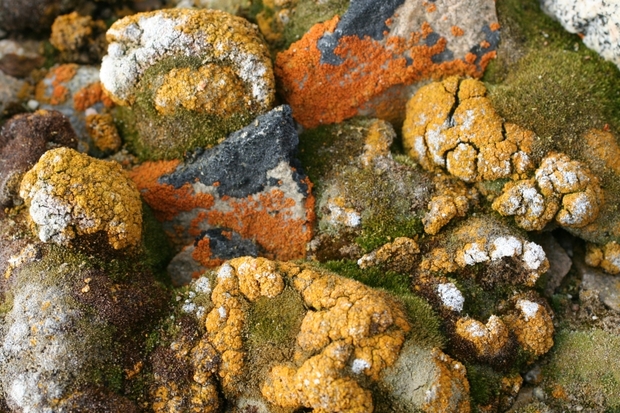 Mosses and lichens survive on, under and within rocks - wherever they can find water, at least occasionally. Photo: Antarctica New Zealand Pictorial Collection/Tracey Jones

If one thinks of terrestrial systems, the kinds of organisms that we are most used to elsewhere, such as flowering plants and insects, are much less diverse of course. There are just two species of flowering plants on the Antarctic continent and two species of true insects, but the diversity of mosses and small animals such as water bears and nematodes … is really higher than previously appreciated – there are several hundreds of species there.

Mosses, lichens and microbes have all adapted to life in extremely hostile conditions. Photo: Craig Cary

“Previously organisms were considered to be very widely spread across the continent, but genetic work has revealed that they only look similar but are in fact genetically distinct, with different species in different places.”

Craig Cary is a microbiologist at Waikato University, and his research in Antarctica’s Dry Valleys has uncovered microbial ecosystems thriving in extremely hostile conditions. He says it is only a few decades ago that Antarctica’s ice and rare patches of soil were considered sterile.

“There’s been a revolution in microbiology with the application of genetic tools. We thought Antarctica was going to be depleted in [microbial] diversity, but lo and behold when we started to look at the systems it became very obvious that they were much more complex than we had thought.”

In terms of numbers, there are still far fewer microbes living in Antarctic soil than you would find in an average garden soil, but Professor Cary says the level of Antarctic diversity is “significantly higher than expected and within that diversity there are organisms that we’ve never been able to grow in the lab”.

He says microbes are masters of survival, even if that means spending millions of years in a dormant state or switching on their metabolism only briefly while conditions are good, which is a strategy used by microbes in the extremely arid Dry Valleys.

“Dry is a very relative term because what’s dry to us may not be dry to a tiny little bacterium that’s sitting on a sand grain where there’s a little mono-film of water perpetually on that surface that may become liquid for half an hour a day during certain times.”

However, the authors warn that Antarctica’s biological treasures need protection.

Prof Chown says the team also found "incredible richness" in the Southern Ocean, with more than 8000 species living on the seabed and in the deep sea, which is already under threat from ocean acidification.

“For marine systems, one of the most significant threats that’s already playing out at the moment and is likely to worsen is ocean acidification. Life with shells finds it much harder under those conditions – they dissolve a little.”

The prospect of alien invasions is another threat, he says. Already, 70,000 seeds make their way to Antarctica each year on the clothing and shoes of scientists and tourists.

“Some of those have a great deal of potential to become established because they are from the Arctic or from subantarctic islands. Indeed, at least one of these species has established and spread on the Antarctic Peninsula, and was even the subject of an eradication attempt on King George Island - and that’s the grass Poa annua.”

“It’s an open door to discovery. Any extreme system, especially one that is as large as the continent of Antarctica, will offer up some amazing new insights into adaptation."

We’ll see vestiges of ancient lineages, old bacterial ancestors that hold clues to how life was back in ancient times. What we’re hoping to do is to use this environment to provide us with new clues on the origins of life, the adaptability of life on this planet, and possibly the location of where we may find life on other planets. 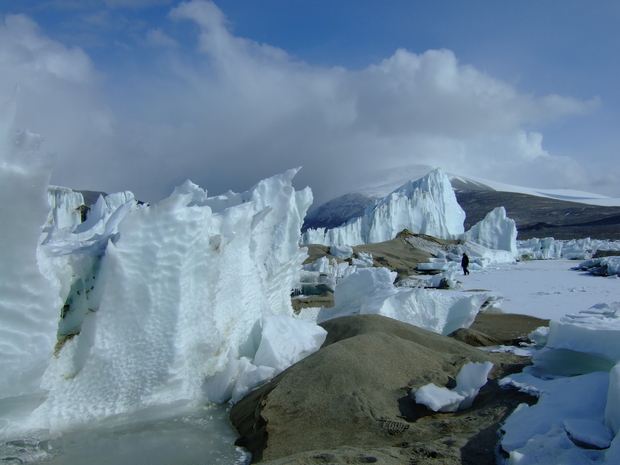 Another surprise came when the team found a high diversity of viruses in Antarctica's permanently ice-covered lakes. Photo: Rob McPhail

The authors say that that the limited conservation effort is concerning but conclude that further advances in our understanding of Antarctic biodiversity should hopefully encourage more stringent conservation.

Antarctica New Zealand environment manager Neil Gilbert says there is a growing concern that our “limited knowledge and understanding, albeit steadily improving, is potentially being outpaced by increasing pressures on Antarctica's biodiversity - not least a changing climate and increasing human presence and activities”.

As parts of Antarctica are warming as rapidly as anywhere on the planet, native wildlife is already responding to the changes.

As the authors of the paper suggest, currently there appears to be lack of coordinated, continent-wide survey and monitoring coupled with a desire for a low-budget approach to regional management. New Zealand's continued leadership in pressing for a large-scale marine protected area in the Ross Sea is of great importance in this context and further opportunities exist for establishing a set of Antarctic biodiversity targets for the region against which conservation progress can be assessed.

He says Antarctica's wildlife has so far been left out of any global assessments but earlier this month scientists, policy makers and conservation managers from around the world met to discuss an Antarctic strategic plan for biodiversity. 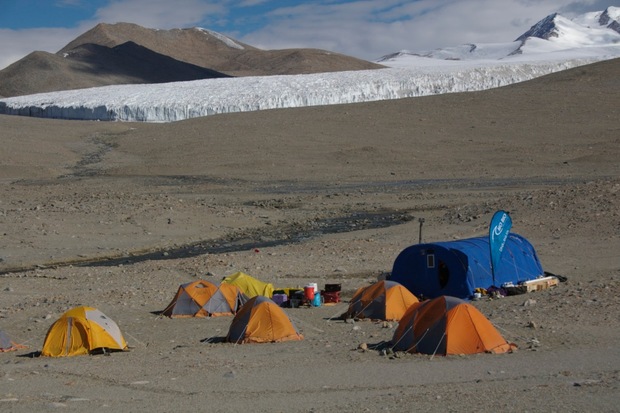 The Meirs Valley is part of Antarctica's McMurdo Dry Valleys, the largest ice-free area on the continent. Photo: Craig Cary